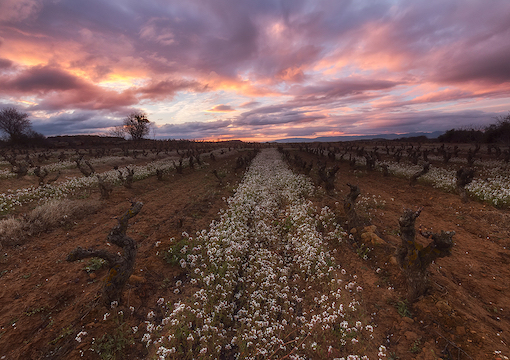 While the American media climb over each other to spew out the expected tropes on racism and the misanthropic obstinacy of white people, European countries declare their intent to bolster ramparts against new arrivals.

Have we learned anything since 2015?

I was in North Macedonia (then just Macedonia) in the spring of 2016 at the height of the migrant crisis. The otherwise politically inconspicuous Balkan country had been placed at the center of international affairs thanks to its geographic position on the route between the Middle East and Western Europe. Images of the supposed refugees clashing with Macedonian police forces helped to brighten the spotlight.

“It turns out that integrating large swaths of foreign populations into culturally homogenous countries is not so simple of a task.”

Although I went there primarily for the corruption and ethnic tensions that are endemic to Balkan politics, I was also able to travel with a group to the UNHCR “migrant processing centers” in both Gevgelija on the country’s Greek border, as well as Tabanovce on the Serbian border.

We went to Gevgelija first. On our way toward the camp, we initially encountered shepherds grazing their sheep on the surrounding hills and fields. The same families had likely used these lands for hundreds of years. Now they found their historic pastures divided up by UNHCR tents, new fencing, and miles of barbed wire.

On to the processing center—it was set up so that migrants arriving from the Greek side of the border had to walk from the entry point about 500 meters to the UNHCR encampment. Inspecting the area, we were confronted by a local Macedonian man who spoke to us through a translator. He owned a vineyard running along this piece of land. Pointing to empty boughs, he explained that the migrants had totally stripped his vines clean of grapes on their walk between the two points.

With survival based on the ability to harvest and sell these grapes, he was angry and afraid over how he would now provide for his family after having an entire season of income wiped out.

We were then brought to see the makeshift train platform that the border police had arranged. The goal was to transport the arrivals from the center up to the Serbian border as quickly as possible. The pungent smell of garbage hanging in the air was matched only by the visual disgust of trash strewn across the tracks. Our Macedonian escorts informed us that they had designated specific areas for disposing of waste, but the migrants simply ignored it—using different words, he told us he believed that it was due to cultural differences.

We traveled to the Tabanovce center on the Serbian border a couple of weeks later. The official Western Balkan Route for Migrants had just been declared closed, and a significant number of them were stuck at the UNHCR center here. There was a disproportionate amount of single young men, and a palpable tension inside the camp. It was clear they had no intention of staying in Macedonia—it was certainly not the Promised Land of economic opportunity that they had left the Middle East for.

A simple field, about 200 meters long, separated the two countries. On the Macedonian side, the migrants had set up small tents, keeping their eyes on Serbia and refusing to use UNHCR-provided living facilities. On the other, armed Serbian guards were visible in the distance, watching over the field intently.

Due to the heightened security situation, we were not allowed to take pictures here; however, I was approached by a group of men excited to talk. One young Afghan man spoke excellent English, and told me that he had two advanced degrees. He was excited at the prospect of economic opportunity in Europe, and planned to bring the rest of his family over after becoming financially established. That’s all well and good, but what did it have to do with the Syrian Civil War and the ostensible justification for Europe opening the floodgates in the first place?

There are differing opinions as to whether the resettlement of these waves of newcomers from the Middle East into various European societies was successful. Considering the rise of populist parties with anti-immigration platforms and their subsequent electoral success, the answer seems generally to be no. It turns out that integrating large swaths of foreign populations into culturally homogenous countries is not so simple of a task. It is not xenophobic or bigoted for European politicians and the national electorates to which they are beholden to address this fact.

Regardless of this, however, there are serious environmental problems that large trains of traveling populations pose—which is probably why the green crusaders of the globalist left have mostly stayed out of the fray. You don’t need to be a climate millenarian to recognize that the former wreak havoc on any environment, natural or social, through which they pass.

Perhaps European powers have learned the appropriate lessons from 2016, because if they haven’t, it is not just the citizens of their respective nations but also those involuntarily placed at the front lines who will pay the price. The livelihood of a Macedonian shepherd may not seem like a big deal from Brussels—but that is the exact type of mindset that sows resentment in local populations, and forecasts the demise of an overextended European project.