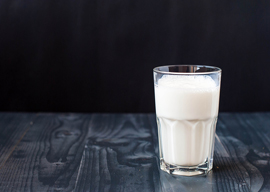 Last week I was invited by internet to sign a petition asking the British prime minister, Mrs. May, not to snatch free milk from the mouths of British children under the age of 5. The full machinery of outraged sentimentality is being geared into operation.

What here does the word “snatch” mean? In everyday parlance, we think of a robber snatching the purse of a passing woman, or perhaps of a child trying to take hold of a slice of cake when he has been told to wait his turn. Needless to say, the word is not employed in this sense here. What it means in this context is the withdrawal of a privilege granted more or less arbitrarily by a government that thinks itself entitled both to give and to withhold.

The use of the word “free” is also of interest. No tangible good in a monetary economy can be free to everyone. Only hail and volcanic ash are free; someone has to pay for everything else. The milk may be free to the 5-year-olds, and even to the mothers of the 5-year-olds, but it is not free tout court. In this case, the taxpayer has to pay for it, admittedly only a minuscule proportion of what is extracted—snatched—from him under threat of prosecution, but it is not free to him nonetheless. If I were dictator of the world, which fortunately I am not, I would outlaw the use of the word “free” in the sense of “free milk” on penalty of hard labor for life.

“Do people who mostly possess televisions whose screens are the size of many found in art cinemas really need to be given free milk?”

But let us now turn to more substantive matters. Why should children under the age of 5 in a country like Britain be in receipt of free milk, mostly through the intermediary of their mothers? Milk, after all, is one of the cheapest of commodities, so cheap that its producers are constantly complaining of its price, and the problem seems to be that of overproduction rather than of scarcity. At any rate, you could easily drown a fair-size infant in the quantity of milk you can buy for the price of a packet of cigarettes, to make only one comparison of prices.

What kind of mother, then (of fathers one dare not speak these days), really cannot afford to give her child milk from her own pocket? It is true that no visitor to the British shores, and who ventures beyond the most obvious destinations, can fail to be struck by the number of gormless, slatternly, and often very fat mothers (so fat, indeed, that insemination seems a miracle, though it is wonderful what they can do with syringes these days) pushing their fractious offspring in elaborate wheeled contraptions, while generally attending more to what is on their smartphones than to the unhappy squalls of their infants. Indeed, they often have earphones like earplugs in their ears, though whether this is more to prevent them from hearing their children than to attend to the moronic drivel the enjoyment of which is the main aim of their existence, it is difficult to say. But it is certainly possible that, without subvention, these mothers would forget all about milk and its advantages for children.

Do people who mostly possess televisions whose screens are the size of many found in art cinemas really need to be given free milk? And if they do, because they have expended whatever money they have on subscriptions to cable television, what does this say about their sense of priorities, and the culture in which they developed their priorities?

Moreover, one might have hoped that women who really could not afford the cost of milk (than which practically nothing is cheaper) would hold off having babies until they could scrape together the price of a pint or two. After all, sex education and contraception are almost the only subjects taken seriously in our schools, so we are not back in the days when 20-year-olds could still believe that storks brought babies or that they were born under gooseberry bushes.