Minneapolis vs. The Evidence 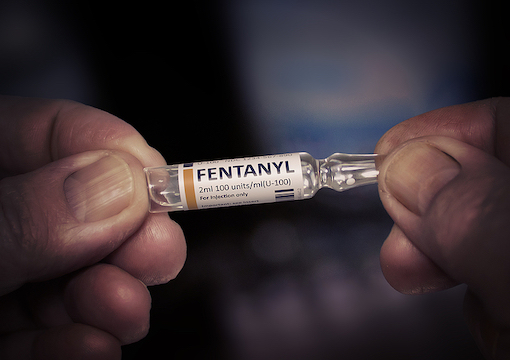 Apparently, no one is watching the trial of Derek Chauvin, the former Minneapolis police officer on trial for the murder of George Floyd. Otherwise, the media couldn’t get away with their spectacular lying to the public about how the prosecution is killing it.

It’s quite the opposite. In fact, in less than a week, the prosecution’s theory of the crime has subtly shifted from MURDER! to “failed to provide what we would say, in retrospect, would be a full and complete duty of care during the one- to three-minute interval between Floyd’s resisting the police to his dying, as a hostile crowd screamed obscenities at the police officers.”

The defense hasn’t even begun to make its case, but the prosecution’s witnesses keep helping Chauvin. (The only exception to the wild media lying is Headline News, where the lawyer commentators go the extra mile by watching the trial.)

“The defense hasn’t even begun to make its case, but the prosecution’s witnesses keep helping Chauvin.”

Week One was chock-a-block with weeping bystanders wailing about how they felt watching Chauvin restrain Floyd. This would be tremendous evidence if the charge against Officer Chauvin were “first-degree upsetting bystanders.” But that’s not the charge. That’s not even a crime.

QUIZ: Is foam coming out of the mouth a sign of:

a) a head wound?
b) strangulation?
c) a drug overdose?

Apart from that crucial fact, McMillian’s evidence only pertained to “first-degree upsetting bystanders.” Which, again, is not a crime.

My favorite witness — and the media’s favorite, too! — was Genevieve Hansen, Feminist Hero. She appeared in court in her firefighter dress uniform and a belligerent mood — though not as belligerent as the day Floyd died, when she showed up in sweats and began shrieking at the officers.

The headlines are along the lines of “Firefighter: I Could Have Saved Floyd’s Life, But Police Wouldn’t Let Me.”

Yes, apparently, Genevieve would have invented a time machine, gone back, and stopped Floyd from ingesting three times the lethal dose of fentanyl. I take it back: Chubby girls make the best firefighters! (Don’t get snippy with me: It’s beyond outrageous that fire departments have abandoned all physical fitness requirements solely in order to hire more women.)

According to Genevieve, the police on the scene unaccountably refused to step aside and take direction from her, despite her full ONE YEAR of experience as a firefighter.

Genevieve was totally on top of the situation. In her statement to investigators shortly after the event, she described Floyd as a “small, slim man.” Floyd was at least 6-foot-4 and weighed 230 pounds. The largest police officer on the scene was Chauvin, coming in at 5-foot-9 and 140 pounds. Genevieve missed nothing!

Even in the calm setting of a courtroom, with no agitated bystanders yelling at her, here are the things Genevieve says she would have done to save Floyd’s life!

1. “I would have requested additional help.”

3. “I would have asked someone to run to the gas station and look for an AED [a defibrillator].”

Why didn’t the officers think to call for medical backup??? Oh yeah, they already had. Twice. Starting about 10 minutes before Genevieve even showed up.

4. “I would have checked his airway.”

5. “I would have been worried about a spinal cord injury.”

As we know from the autopsy, there was no problem with Floyd’s airway or spinal cord. (But, as long as you bring it up, his body did contain three times the lethal dose of fentanyl.)

Eureka! Why didn’t — oh wait, the officers had done this, repeatedly, as several bystander witnesses had already confirmed.

By now, Floyd was dead. That’s when she would have started chest compressions.

So Genevieve, the state’s star witness on what the cops did wrong, testified that she would have done pretty much everything the officers did. But she would have been a lot bossier about it.

As much as Genevieve’s one year with the fire department made her an expert on when a police officer should begin chest compressions, the Minneapolis Police Department’s own experts directly contradicted her this week. These were, again, prosecution witnesses.

On Tuesday, Lt. Johnny Mercil, the MDP’s use-of-force trainer, and Officer Nicole Mackenzie, the MPD’s medical support coordinator, testified that it would be appropriate not to provide care to a suspect who had just been fighting with officers, or in the presence of a hostile crowd.

Chauvin had both those circumstances.

Trying to do damage control, the prosecutor asked Officer Mackenzie to define a “hostile” crowd. She said, “a growing contingent of people around, if they’re yelling, being even verbally abusive to those trying to provide scene security.”

Hey — remember those weeping bystanders last week? Their own testimony confirmed that they were “yelling and even being verbally abusive to those trying to provide scene security.”

Donald Williams, for example, the bouncer and MMA hobbyist, admitted to continuously berating the officers — all of which is on tape — calling Chauvin a “fucking bum,” “bitch” and “a fucking pussy ass bitch.” In one of the tapes, Williams threatens Officer Tou Thao, saying, “I swear I’ll slap the fuck out of both of you!”

And of course, there was the lovely Genevieve screeching, “I have your name tag, bitch!”

Now you know why prime-time cable suddenly went back to covering COVID vaccination schedules this week.