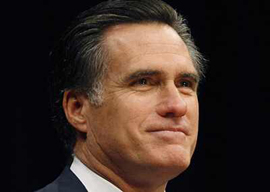 Amy Chua, the Chinese Mom America Loves to Hate, follows up her 2011 bestseller The Battle Hymn of the Tiger Mother with a new book coauthored with her more laid-back husband and fellow Yale Law School professor Jed Rubenfeld: The Triple Package: Why Groups Rise and Fall in America. Their essential point is that being a minority in 21st-century America can be a pretty sweet deal.

A few years ago, I came up with the idea for a sitcom called Korean Mother-in-Law, about a nice Stuff White People Like white guy (picture Joaquin Phoenix in Her) who has to live with his (wait for it) Korean mother-in-law, who regularly punctures his liberal American delusions with her bleak, Malthusian cackling.

Chua, however, more or less beat me to this shtick with Tiger Mother.

But it’s probably just as well, since Korean Mother-in-Law would have been the lowest rated show ever, judging by how only Charles Murray and I noticed that Tiger Mother was awfully funny. Most of the press, which is heavily driven by the primal resentments of Jewish women writers and editors, was outraged by Chua’s act. First, she steals our husbands, and then she steals our children’s spots at Harvard!

Now Chua has gone back to the theme of her first book, World on Fire: market-dominant minorities.

Here in America, we assume that discussions of minorities, ethnic and/or sexual, controlling certain industries is just conspiracy theory crazy talk. But in many countries that don’t have long histories of intelligent nationalism, a majority of business assets actually are owned by enterprising but insular outsiders, such as the Lebanese in some West African countries or the Chinese in Southeast Asia.

“Perhaps it’s time, for the good of your family, for you to study the secrets of successful minorities.”

Chua herself comes from a family of Overseas Chinese who got rich in the Philippines. This hasn’t made them popular with the locals. When her aunt was murdered in Manila by a native servant, the Filipino police made only nugatory efforts to track down their compadre.

Market-dominant minorities understand that it’s crucial to stay close to the centers of power to protect them from the masses.

For example, one of my readers married into an Overseas Chinese extended family in Indonesia that was tight with the Suharto regime. When the Indonesian economy collapsed and the dictator resigned in 1998, a native mob began looting and raping in the upscale Chinese quarter. As the furious locals approached ever closer to the family compound, my reader, being a white American guy raised on action movies, tried to organize his in-laws to defend themselves from the pogrom.

But they looked at him as if he were crazy. They weren’t fighters; they were dealmakers. They’d live or die based on the connections with the authorities they had bribed their way into during the decades of mutual exploitation. Finally, my reader’s father-in-law succeeded in paying off an Indonesian army officer to deploy a platoon with an armored half-track in front of their estate. So the mob instead looted somebody a little less connected.

Similarly, the Lebanese Carlos Slim launched himself on his improbable ascent to challenging Bill Gates for the title of World’s Richest Man by being a close personal friend of Mexican president Carlos Salinas when privatization was the fad in the early 1990s.

It’s extraordinary that Slim has been able to squeeze so much out of the supposedly poor country of Mexico, but he understands that Mexico, lucrative as it is, is still the minor leagues compared to having influence in America. Over the last half-decade, Slim has moved closer to the center of global power by bailing out the agenda-setting New York Times. He now may own as much as a fifth of the stock. His investment in the Grey Lady has been lavishly paid back, both in financial instruments and in Narrative. The telecom monopolist profits exorbitantly from phone calls between illegal immigrants and their friends and family in Mexico, and the Times has dutifully demonized all immigration restrictionists as despicable racists.

Now, Chua has turned her attention to prosperous minorities within the US, focusing upon eight groups presumably chosen for their diversity: Chinese, Lebanese, Jews, Asian Indians, Iranians, Nigerians, Cubans, and Mormons.

Granted, Chua’s eight minorities constitute a somewhat silly list. Many of these groups’ success in America is less the product of culture than of simply skimming the intellectual and financial top off of foreign societies. Many Indians (total population back home: 1.237 billion) and Nigerians (169 million) in the US are here because they are related to somebody rich enough and smart enough to pursue graduate study in the US.

Cubans and Iranians (like the Vietnamese whom Chua leaves out) are refugees from the rich ruling class of extinct pro-American regimes. Cubans have recently been reinvigorated politically by the increasing ethnicization of politics. With all the emphasis on amnesty for illegal Mexican immigrants, blow-dried Cuban politicians have elbowed their way to the front as the Hispanic Talented Tenth, a mediagenic elite more TV-savvy than actual illegal aliens, who tend to be short, round, and inarticulate in any language.

In fact, many Iranians didn’t even have to start over. They’re not just benefiting from their superior human capital; they’re living off their financial capital they looted from their native land during the oil boom of the 1970s. Years before the Shah fell, numerous rich Iranians relocated much of their fortunes to Beverly Hills.

Moreover, the current Iranian government isn’t ideologically anti-capitalist like Cuba, so many Iranians in the US (including, perhaps surprisingly, many Jewish Persians), continue to profit from enterprises back home while enjoying the good life in the Hollywood Hills. I’m sure you would similarly find that, say, Russians in Cyprus and Monaco are doing pretty well for themselves, too, without looking too hard for their cultural secrets.