Mitt Wasn’t All Wrong About “Gifts” 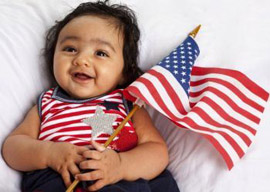 “What the president’s campaign did was focus on certain members of his base coalition, give them extraordinary financial gifts from the government and then work very aggressively to turn them out to vote, and that strategy worked.”

Thus did political analyst Mitt Romney identify the cause of his defeat in a call to disconsolate contributors.

“A terrible thing to say,” Chris Christie told Joe Scarborough. “You can’t expect to be the leader of all the people and be divisive.”

Oh. Was not Abe Lincoln at least mildly “divisive”? Did not FDR insult Wall Street folks by calling them “money changers in the temple of our civilization”? Was Ronald Reagan a uniter not a divider when he said, “Let the bloodbath begin!” and mocked “welfare queens”?

And Harry Truman, did he not insult and divide—and win?

“Populist programs to stick it to the rich have always had an appeal south of the border.”

“Gov. Romney’s analysis … is insulting and profoundly wrong. … We didn’t lose Asian-Americans because they got any gifts. He did worse with Asian-Americans than he did with Latinos. This is the hardest-working and most successful ethnic group in America, OK, they ain’t into gifts.”

Now, Newt does have a point.

What explains the GOP wipeout among Asian-Americans? Folks of Korean, Chinese and Japanese descent have a legendary work ethic, are academic overachievers, and are possessed of an entrepreneurial spirit. They should be natural Republicans.

But Mitt also has a point.

Hispanics constituted 10 percent of the electorate, up from 7.5 in 2008. But Mitt got only 27 percent of that, the lowest of any Republican presidential candidate.

This, we are told, was because of Mitt’s comment about “self-deportation” and GOP support for a border fence and sanctions on employers who hire illegals. If only we embrace the Dream Act and provide a path to citizenship—amnesty—the GOP’s problem is solved.

The Republican capacity for self-delusion is truly awesome.

Set aside the idealized Hispanic of the Republican consultants’ vision. What does the real Hispanic community look like today?