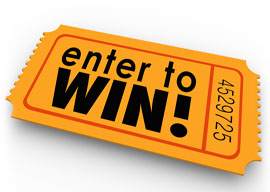 Readers of Takimag would do well to dial down the U.S. election noise blurting from all sources of their electronic cage and point browsers to the only site that matters: John Stossel and Maxim Lott’s Election Betting Odds, where currently there is a 67% chance we will be saying “Madam President” in January 2017. Sorry, Takimag readers, but I suggest you comfort yourselves on this inevitability with more money in your pocket and bet on Hillary.

Money trumps all when it comes to outcomes, and Donald Trump has a 70% chance of winning the Republican nomination, but a miserable 19% chance of winning the presidency. I”m long Hillary Clinton and Trump for the respective nominations, and long Hillary for the presidency and short Trump. If you want a sure 10% return on your money between now and July 25 then short Bernard Sanders before the first Donkey hat crosses the threshold of Philadelphia’s Wells Fargo Center.

“You can read your way through the vast amount of literature on prediction markets if you like, but the summary is: They work, and they work very well indeed.”

Stossel and Lott’s site relies on Betfair, a United Kingdom bookie that does brisk trade in folks who have a canny reading of statistics and then place real money on their analysis. For those who want to arbitrage between quotes, then the Odds Checker site aggregates the British Empire’s robust network of bookies, and can help shorten your walk between Paddy Power and Ladbrokes. But since most sites allow you to sign up online with a credit card, arbitrage is a few clicks away.

Except Americans cannot sign up, so only Takimag’s Canadian and European readers join in the fun.

There are a few places where Americans can enjoy a flutter on the elections. The University of Iowa’s Iowa Electronic Market quotes similar odds to Betfair, but the market has the handicap of having both size and frequency-of-trading limits. If you can”t go all-in, where is the fun in that? And the information. Victoria University in Wellington, New Zealand, will take American’s bets on their PredictIt market, which suffers from being a beta version and, like Iowa, has size limits on bets. PredictIt is slightly useful for hedging and arbitraging the Betfair numbers, with Clinton only a 60% chance of winning the presidency versus Trump’s 23% chance. If you want, you can short the Betfair Clinton presidency contract at 67 and go long with the PredictIt for a sure 7% arbitrage return (minus transaction and financing costs) and also short PredictIt for Trump and hedge long with Betfair for a 4% return, but the juice isn”t worth the squeeze on that trade.