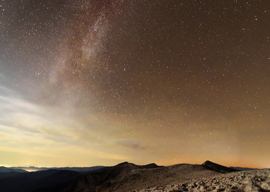 One of my sergeant majors was an airborne soldier and what he said was gospel to us. We young soldiers saw the wings on his arm and asked him what parachuting was like. He said it was the second-best feeling in the world. When we asked him the first he”d say, “What are you”fucking nuns?”

Lads would chase skirt as if their lives depended on it, but there was a better feeling to be had. I”m not sure if the sergeant major was hiding it from us or whether he just didn”t agree. I first felt it flying in the back of a helicopter cruising at 150MPH over Iraq. It never felt that fast inside as we tried to avoid the surface-to-air missiles. It felt slowed down and as I looked around at the faces of soldiers lit blue in the night I felt it. Then I came back from the war and had sex until I wasn”t hungry for it anymore. That was easy; in Ripon the women were as dirty as the bars. But that still left me feeling empty after the stories had been told over a drink to other lads. I still couldn”t forget the feeling of Iraq in 2003 and it happened to me again in 2007.

“This was the best feeling in the world”living….It was sitting near death that made me feel alive.”

We”d all moved into a central base in Basra and the insurgency took advantage of that. They concentrated all their bombing and hit us day and night. Every day and every bloody night. The orders were to put on our helmets and body armor and crawl under our beds and die in an orderly fashion. After doing that for a few nights I became curious so I stepped outside. We were living in tents”canvas was never going to stop a mortar punching through it or setting it alight and this was the way some soldiers died, so why not be outside? I left the tent one night and heard the bombing. The camp had blast walls built all around and through it. They were metal mesh squares and rectangles filled with sand and rubble. Some were tall and some small, so I climbed onto one and took a seat, hoping to see fireworks.

There was nobody around to shout at me and tell me to “Get off that wall!” I couldn”t see the Apaches in the sky but could hear them going after insurgents to stop them firing. I couldn’t see the mortars but could hear them whistle and land nearby. I took off my helmet and body armor and it felt great to be doing something so wrong.

The moon hung in a dark sky like a torch concentrating on us. Maybe it was the God that so many soldiers prayed to, but he never came down and stopped us from killing. And the stars looked so far away”so far that we could never touch them and could only dream about who or what was up there. There were so many of them that so much could be happening, so much that we mattered so little and then it began to hardly matter that I was sitting on a wall being bombed. I didn’t matter. They might have said nice things about me in the papers”things like hero, British Muslim soldier, etc., but none of that would have mattered if I was bits of meat in a box in the ground with my head (if they”d found it) pointing to Mecca to pacify my parents. Mecca didn”t matter.