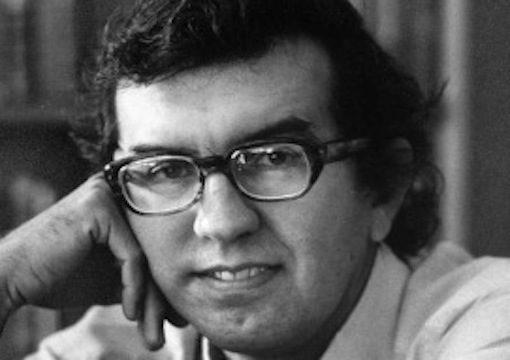 It takes a very good writer to produce prose that prompts emotions a reader has experienced in an unconnected past. It also takes a good writer to subtly tip off the reader of the change in the character of the American people, one in which toughness has been replaced by weakness. Talleyrand once remarked that no one who had been born after the French Revolution could know how sweet life could be. Larry McMurtry wrote about life in small American towns in the ’50s, and the great American West in the late 19th century, and his writing evoked feelings that those born after those dates could perceive. Most of his heroes, like those of Hemingway, were ultimately defeated, but theirs were moral victories, just like Papa’s.

Larry was two months older than me and passed away a couple of weeks ago. He told me thirty years ago that he had two subscriptions to The Spectator because he traveled a lot and never wanted to miss my column. I was flattered and said that this was like a hard-charging Rommel praising a tailgating soldier on a bicycle: “What is it with you and the Wehrmacht?” Larry wrote some very nice things about me in one of his three memoirs, and the friendship began at Norman Mailer’s house in Brooklyn some thirty years ago. But first a few tidbits about his work and habits: He wrote thirty novels, essays galore, memoirs, and history. He churned out thirty screenplays, among them Lonesome Dove, based on his 850-page saga of two Texas Rangers who drive a herd of stolen cattle from the Rio Grande to Montana.

“Larry was the kind of American who made me so pro-American throughout my life.”

His first novel was Horseman, Pass By, on which the wonderful film Hud was based. He also wrote Terms of Endearment, which became an Oscar-winning film. McMurtry senior was a rancher, and Larry spent his life undoing the myth of the shootin’-tootin’ cowboy as invented by Hollywood and authors like Zane Grey and Louis L’Amour. In his numerous books Larry pitted the values of the Old West against those of the modern world, and words like wellness and well-being did not get a mention. It was values that decided what was true, and the understanding of truth was based on conviction. His world was a taciturn one, stoic and brutal at times. Self-absorption was as unmentionable as cowardice.

His cowboys had real jobs, and there was not one woke impact officer among them. He demythologized the Hollywood version of the American West without using preening bad prose or overloading his books with female genitalic descriptions. He lived most of his life in Archer City, Tex., and at one point he owned six bookstores and 400,000 books. He was involved with five to six women at a time and got married, I believe, three times. When I saw The Last Picture Show, that unromantic but heartbreaking movie based on his novel, I understood America’s innocence, an America that no longer exists.

We met at Norman Mailer’s house in Brooklyn, just the host, Larry, my wife, and I. With a lady present, boxing and women were out, so it was Hemingway. All three of us were big-time Papa fans, and Martha Gellhorn’s revelations that Hemingway’s lovemaking was “short and sharp” did not go over well. I ventured she should have taken one of those Latin gigolos who had nothing better to do in the afternoons. Norman and Larry were not as anti-Martha as I was, but we all agreed that Lillian Hellman, a Papa critic, was the pits. A consummate liar and fantasist, Hellman was an ugly woman who loathed physical beauty in others and envied Papa for his talent, his machismo, his courage—he went out on the balcony during an air raid in Madrid and watched it as if it were fireworks while Hellman cowered and whimpered under a sofa—and of course his popularity with those who admired his traits. According to Norman Mailer, Gellhorn may have been jealous of Papa but exposed Hellman as the “self-serving” braggart that she was. Yet Gellhorn pursued Eleanor Roosevelt, Jackie Onassis, and Hillary Clinton like a bobbysoxer, and was a crabby, irritable, oppositional woman and to the left of Stalin, said I, and Norman fixed me with his pre-fight boxer’s stare, as he was very friendly with the last two. Larry took it all in and then he and I decided to hit the town.

My publisher at Grove Atlantic had given me a key to some club that had a louche reputation, and after we dropped Alexandra home, we checked the place out. It was perfect, full of shady characters and loose women. Both of us were flying when at around five in the morning I spilled the beans about why I had to get home, like, now. I was going under the knife at 8 a.m. at a New York hospital, after having torn my rotator cuff in a skiing accident months before. The doctor cut too deeply, but that’s another story altogether. What I’ll never forget was Larry McMurtry’s look when I apologized and told him why I had to call it a night. It was one of esteem, and I shall always treasure it. Larry was the kind of American who made me so pro-American throughout my life. There are no more Americans like him, and that’s why America has gone down the drain.