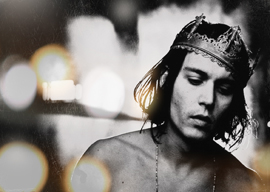 Speaking to the commander-in-chief wasn”t enough for Clooney, though. Then he gone done got hisself arrested in front of the Sudanese embassy with his 78-year-old dad. I hope Obama doesn”t invade Africa because of these fools. I at least like to pretend that Washington is smarter than Hollywood.

I guess models are people now, too. Elle Macpherson is saying she loves Obama because she’s a socialist. Maybe she considers herself an actress since she appeared in some lame Hugh Grant movie. Perhaps like Clooney, she thinks anyone on Earth would value her thoughts on American politics. On the bright side, at least we know the truth about Obama now.

When actors aren”t being activists, they are usually adopting Africans. We are pleased to announce that Angelina Jolie has not relieved Africa of any more children this week. No, no. The latest star to start collecting unwanted babies is the leggy Charlize Theron. But this time it was a South African adopting an American baby. I guess they”ve learned something from us after all.

God bless Charlize for not producing one of her own and for sharing all that her brilliant career has to offer to a growing child in need of parenting. I guess none of this actor/adoption business seems that bad if you think about it. My only concern is that there might be a wave of bizarre crime in Hollywood in about 15 years when all these adopted kids, some of whom are likely to have psychological problems, come to resent the fact that they have been showered with money and spoiled rotten with Hollywood values. Surely the ever-growing tabloid market will be grateful for the raw material.