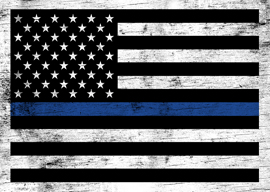 First, are scholars allowed to suggest any explanation for racial disparities other than that White People Are Bad?

Second, if they can”t say anything heretical or interesting, do we really need white scholars anymore, or can they be replaced by Professors of Color?

The American Historical Review, perhaps the top academic journal in its field, got itself in all sorts of trouble for assigning the review of an academic book about the failure of school desegregation in Nashville to a historian who actually has thought long and hard about the subject of why busing hasn”t worked as hoped anywhere or anytime. Raymond Wolters has been a professor of history at the U. of Delaware for the past 52 years. But that means he can actually remember the past”a dangerous capability, as Orwell noted in 1984.

Meanwhile, Pomona College’s hiring of the crown princess of sociology, Alice Goffman, author of On the Run: Fugitive Life in an American City, the celebrated 2014 denunciation of the mass incarceration of muscular, sexy black males, was slammed by 128 People of Color claiming affiliation with Pomona. Why? Because Goffman is not black:

This hire does not enhance a culture of inquiry and understanding on campus as we navigate a tumultuous time in our nation’s history; on the contrary, it boasts the framework [sic] that white women can theorize about and profit from Black lives while giving no room for Black academics to claim scholarship regarding their own lived experiences.

What was Wolters” crime in his good-humored book review of Making the Unequal Metropolis: School Desegregation and Its Limits by Ansley T. Erickson, a white woman professor at Columbia Teachers College? Noticing that all the strenuous attempts at nurture over the past half century haven”t much affected the nature of the school test-score gap.

While that’s the biggest news from K to 12 in America, you will no longer be allowed to review that history, announced the editor of The American Historical Review.

“Goffman may wholeheartedly believe the right platitudes, but she inherited the wrong genes.”

Also, the good folks at the Southern Poverty Law Center, America’s most lucrative hate organization, called for a Two Minutes Hate against Wolters. (And Donald Trump, too: Never forget that everything is Trump’s fault.)

In the current year, though, that’s just not good enough. She may wholeheartedly believe the right platitudes, but she inherited the wrong genes. If Miss Goffman, the daughter of 1950s sociology superstar Erving Goffman, wants to be paid to expound on race, she should have taken care to be born nonwhite.

It may seem strange today, but at one time sociology was something of a glamour subject. Erving Goffman’s 1959 book The Presentation of Self in Everyday Life was influential on a generation of college students. The International Sociological Association voted it one of the ten most important sociology works of the 20th century, along with titles such as Max Weber’s The Protestant Ethic and the Spirit of Capitalism.

The elder Goffman conceived, not unreasonably, that individuals are constantly putting on an act for those around them; appropriately, he brought a theatrical flair to his theorizing.

Unfortunately, his influential animus against incarceration played a role in two of the more misguided reforms of the 1960s”70s: reducing prison sentences for criminals, which contributed to a doubling of the murder rate, and the deinstitutionalization of the mentally ill, which flooded the streets with homeless crazy people. His 1982 obituary in The New York Times concluded:

In the 1970’s, he served on the Committee for the Study of Incarceration, which concluded that prisons should be retained but only for individuals convicted of the most serious crimes. He is survived by…a daughter, Alice.

Although heredity is not at all a popular idea among sociologists, the younger Goffman, who was born only a few months before her father’s death from cancer, inherited not only his prejudice against locking criminals up but also much of his dramatic skill.

A sociology prodigy, her ethnographic study of life among the “legally entangled” in a black Philadelphia slum, On the Run, caused a sensation in 2014 because it was so much more gripping than most social science.

Moreover, enough decades had gone by that only old crimethinkers like Wolters could remember what had happened when society had followed her dad’s disastrous advice about what to do with criminals and the insane.

Malcolm Gladwell, for example, announced in The New Yorker that the younger Goffman had solved the riddle of why black males have such high crime rates: because the police keep arresting them. Conversely, Malcolm explained, the reason Philadelphia Italians eventually rose above poverty and organized crime was because there were fewer police around back in their day.

Since it’s inconceivable that blacks might be doing anything to cause themselves to have such high crime rates (see The American Historical Review‘s anger at Dr. Wolters), it must be the fault of white people.

Once a man fears that he will be taken by the police, it is precisely a stable and public daily routine of work and family life…that allows the police to locate him…. A man in legal jeopardy finds that his efforts to stay out of prison are aligned not with upstanding, respectable action but with being a shady and distrustful character.