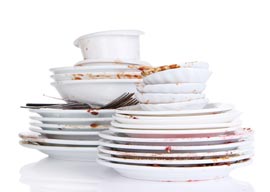 It’s not often that a Salon writer produces a lit piece that doesn”t make me grunt with rage. Aside from their hysterical loathing for male writers who won”t check their man parts at the door, their M.O. for dealing with the type of unwashed who dare to probe the parlor-pink backgrounds of darlings like Lena Dunham is to declare the entire National Review “credibility-free“ because they use pop-up ads. (I, on the other hand, have found the National Review to be increasingly factual ever since I figured out how to install that pop-up blocker.)

So I was surprised last week when Salon published Ann Bauer’s genuinely, if slightly, daring exposÃ© on her own recent rise to mid-list authordom. After a couple of decades spent spinning her wheels, it suddenly got a lot easier for Bauer to write and to promote her writing”because she didn”t need a job. Someone else was picking up the tab: her new, well-salaried husband.

The honesty is refreshing, even if Bauer lets her over-the-top examples of writers who benefited much earlier in life from their parents” connections go politely unnamed. Amusingly, her explanation of why the elite don”t like to talk about these things could be easily applied to Salon‘s defense of Dunham (whom you are free to call my bÃªte noire, incidentally; she certainly is beastly):

Those with privilege and luck don”t want the riffraff knowing the details. After all, if “those people” understood the differences in our lives, they might revolt. Or, God forbid, not see us as somehow more special, talented and/or deserving than them.

I”m not sure how this fresh breath of not being full of it made its way into Salon, frankly. But for all her forthrightness, Bauer doesn”t mention the fact that, unlike herself, plenty of writers her age did manage to pump out writing while day-jobbing, however slowly and obscurely; and I suspect that during her own dark years Bauer herself spent a few off-hours learning her craft. I don”t know what she did for a living before she met her husband, but I do know what I did to stay alive before I got my first full-time job in journalism: I washed dishes and bussed tables.

This may sound like a mission for an even bigger moron than I in fact am, but let me explain.

“Only in 2015 could you find a progressive waxing so guilty over feeling more for his impoverished countrymen than he does for foreigners who can”t seem to control their fertility.”

Just a few decades ago, being a fiction writer was still a respectable aspiration for thinking members of the drinking classes, up there with mailman, functionary, soldier, and bartender. When I left high school in 1992 I had a merit scholarship to the University of Wisconsin at Madison, which could have led to a moderately lucrative career in computer coding, political correctness, or hairdressing. But I, through a combination of the arrogance of youth and the faithfulness of a hick, clung stubbornly to my first goal in life, set at the improbable age of around eight: to become a writer, and the best one I could be.

And “the best,” to my mind, didn”t jibe very well with letting vast tracts of my mental life be spent on learning tasks that would do nothing more than to make me money, which I was already quite adept at living without. I may have been arrogant, but I wasn”t completely hallucinatory: my early education was decidedly low-budget, and I knew I wasn”t smart enough to master both a lucrative skill and the entire English language, plus enough dead and foreign tongues to read the important stuff, in one adulthood. One’s delusions of grandeur have to end somewhere.

(I know what you”re thinking; unfortunately, even if I had been not quite so odd-looking, few of the young men I knew back in my globalism-blighted homeland of Wisconsin had the prospects to keep a housewife, no matter how well my proofreader’s eye for detail may have suited me for the job.)

So I settled into working the most meditative jobs I could get, while studying my vocation on the side. Manual labor, done under reasonable conditions and at a somewhat livable wage”come on, you”re not going to be comfortable living zen”is incomparable mental training. Being faced with a massive pile of dishes and your own thoughts, fed by your readings from the night before, motivated by the fear of hunger if you run away … I dare you to imagine a better teacher.

I scrubbed and bussed for seven years, studying literature and journalism all the while on the side. I made an insane wager doing this, I realize; but eventually I won, getting a full-time newspaper job in 2000 based on the skills I had developed while supporting myself through manual labor. I”m not saying I”m the next Hemingway, but getting a next Hemingway depends on thousands if not millions of Americans being able to make the same moronic bet I did.

But I was lucky. Not just in the specific instance of getting that job, but based on when I was born. I was free to choose this path in the years before the impact of South and Central American immigration hit our economy full force.

When I was a kid, dishwashing jobs were a dime a dozen, even if they paid next to nothing; when you”ve living on a goofy dream, and you think you”re invincible, poverty and lack of health care aren”t as painful as they sound (although passing a kidney stone with no anesthetic wasn”t my favorite thing I”ve done).

But let a decade or two pass, allowing millions of people to flood the low-skill labor market per year, and things change. During the worst of the recession that began in 2008, when I was trying to patch in some dishing and bussing between grown-up jobs, native-born American whites and blacks had both mysteriously become “too lazy” to even be considered to do the job.

“Too lazy” turned out to be code for “they speak English so it will be harder to steal their wages if we need to fudge the books this month”; the full story is quite long, but suffice it to say that I had to settle for mostly doing customer service, which is about as zen as being a lawyer. The bussing shifts I got were based on my gender: they had to have somebody to go in and clean up the ladies” restroom in the frat bar, a task which is not terribly conducive to thinking about anything but misanthropy. And compared to inflation, wages were insanely depressed. When I was young, I routinely saved up to visit my friends in Europe on a busser’s income. In 2009, paying the rent was almost out of my scope.

Our Gavin McInnes has covered this topic before, but it bears revisiting in greater detail. Especially now that a self-professed (and re-professed, and re-reprofessed) progressive has dared to broach the topic. Enter Philip Cafaro’s How Many Is Too Many?: The Progressive Argument for Reducing Immigration to the United States.

Just as with Bauer’s article, it’s sadly odd to see a “progressive” awkwardly apologizing for taking up labor’s cause. Guys, that used to be your shtick! I wouldn”t recommend buying the book, unless you have an exquisite internal mechanism for profiting from unintentional humor: about two-thirds of it consists of Cafaro apologizing to his fellow affluent and brow-furrowing progressives for his arguments in favor of the rednecked, privileged, and horribly horrible American laboring class.