More Urinating on the Taliban, Please 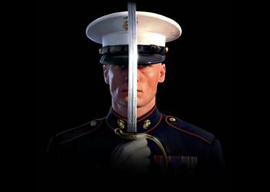 Being “the primary architect of hipsterdom” was fun when I was young, but now I’m a wizened old man who just wants to grab a cheap beer in peace. Unfortunately, I made my bed and lying in it means going to a local bar that’s blaring the Butthole Surfers so loud, I can barely hear all the teenagers screaming at me.

“Dude, are you kidding me?” yelled an aspiring filmmaker who I’ve known since he was knee-high to a grasshopper.

“Fox!” he said, as if simply saying that word was enough to bring a man to his knees.

After shuffling past a hundred whores in heels, we found a quieter spot and I eventually deciphered he was mad at me for appearing on the Fox News show Red Eye. “What’s next?” he asked. “You going to start hanging out with Ann Coulter?” I broke it to him that I consider her my soulmate and added that I would pay him $100 for anything she’s written that is factually inaccurate. He changed the subject quickly because like most people who hate her books, he’s never even seen one. “Let’s try this,” I said, lowering the bar. “Give me one specific example of Fox News lying.”

“Look at their coverage of those fucking Marines who pissed on the dead bodies in Afghanistan.” he hollered. “They keep defending them!”

I like this kid, so I held him close and stroked his hair in a slow, soothing motion while quietly whispering, “Shhhh. It’s going to be OK. There, there.” He mistook my affection for condescension and pushed me away, yelling, “Fuck off!” Then he pleaded, “What those Marines did was illegal!” I had to laugh. What does he think this is—Waterloo? The Taliban will stand in a row while the Duke of Wellington yells, “FIRE!” and the front row collapses in a heap? Then it’s their turn and we brace ourselves for the wrath of al-Qaeda’s muskets?

“I told him the only thing the Marines did wrong was to wait until the Taliban members were dead before peeing on them.”

I asked him why his angry young mind wants to get involved in such a sophisticated discussion. Politics is an intricate ball of tangled fishing line, and you need a calculator to get it unraveled. It’s like a sinking cruise ship: Get the women and children off first. “Wouldn’t you rather be picking up chicks?” I asked him.

He was determined to ruin my evening, and I humored him because I consider this kind of discussion to be fatherhood training—it prepares me for the fights I’ll inevitably be having with my own son in about 14 years. I took a deep breath and began to lay it all out. First, I told him I agree with Big Journalism editor Dana Loesch, who said she’d “Drop trou and do it too.” Then I did my best to accurately quote Rep. Allan West, who told the Weekly Standard:

I do not recall any self-righteous indignation when our Delta snipers Shugart and Gordon had their bodies dragged through Mogadishu. Neither do I recall media outrage and condemnation of our Blackwater security contractors being killed, their bodies burned, and hung from a bridge in Fallujah…[U]nless you have been shot at by the Taliban, shut your mouth, war is hell.

I honestly don’t understand why anyone cares about a terrorist’s cadaver. Where was all the liberal indignation when the Bodies exhibit paraded around the world showing off dissected Chinese corpses in the name of science and art? The only thing we know about these bodies is they came from a place that commits some of the world’s worst human-rights violations. Whereas the Taliban was ostensibly fighting democracy, these dead museum props may simply have been killed for asking what democracy is.

When did the left become some stodgy old British war vet with a giant mustache and a monocle? When did we start caring so much about the enemy’s honor? Back in WWII we were so united against the Nazis, Superman and Mickey Mouse were onboard. Cut to today where we’re so scared of offending the enemy, we have Rambo fighting some obscure thugs in Burma. As the commenters on my comrade’s article keep asking, where do we get the audacity to insist our boys keep a stiff upper lip and act like gentlemen when they’re overseas risking their lives?