Multiculturalism: When Will the Sleeper Wake? 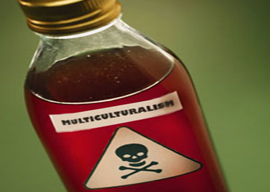 London Mayor Boris Johnson spoke the other day about the riots that devastated London and other English cities last summer:

The biggest shock for me from the riots was the sheer sense of nihilism”perhaps I should not have been shocked, but in my view literacy and numeracy are the best places to start. In seven particular boroughs in London one in four children are leaving functionally illiterate. In a few schools it is nearer 50%. We have to intervene at an earlier stage, and I think the mayor can help.

Here is a thing that The New York Times said on Tuesday, March 20. The subject is the shootings at a school in Toulouse, France, the previous day. The victims were Jewish, but the gunman’s identity was unknown, so the Times defaulted to basic liberal assumptions:

The political debate around the shootings, and whether the deaths of an instructor and three young children were somehow inspired by anti-immigrant political talk, is likely to continue….In the middle of a long and heated presidential campaign, with President Nicolas Sarkozy trying to win back disaffected supporters who have drifted to the far-right National Front party, the shootings at Toulouse have raised new questions about the tone and tenor of the debate here about what it is to be French.

Here is a thing that General Wesley Clark, then the supreme commander of the NATO alliance, said back in 1999. The subject was the NATO bombing of Serbia:

There is no place in modern Europe for ethnically pure states. That’s a 19th century idea and we are trying to transition into the 21st century, and we are going to do it with multi-ethnic states.

The common thread there is multiculturalism, the notion that entire populations of different cultures can coexist in reasonable harmony together under a common sovereignty.

In Europe and the Anglosphere, this is the Age of Multiculturalism”an age when the doctrine is so much taken for granted, at least by elite types such as the Mayor of London, editorial writers at The New York Times, and American generals, that it has seeped into the tissues and bones to the degree that contrary notions cannot be thought.

My three quotes all illustrate that. The Mayor of London cannot think the following thought: Last summer’s riots were initially and essentially race riots, with what is left of England’s native underclass only joining in later as scavengers.

As for “functionally illiterate,” well:

Across the 14 boroughs that make up Inner London, there are 98,000 schoolchildren whose first language is not English, compared to just 79,000 native English speakers.

So the dismal educational outcomes the mayor cites were not the cause of the riots. Rather, both London’s mass functional illiteracy and the riots are effects of a common cause: fifty years of insane immigration policies turning the capital into a Tower of Babel (while simultaneously gifting it with beauties like these). Multiculturalism’s horrible consequences can, this fool mayor tells us, be cured with a little extra algebra.