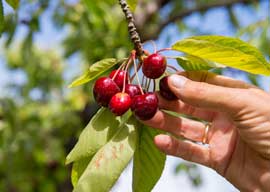 A society’s understanding of history is shaped not so much by what they”re told, but by what is hidden from them.

After a white police officer shot and killed the undeniably black Michael Brown in Ferguson, MO on August 9, the story blew up in the nation’s face and has dominated headlines for two weeks running now.

But in South Salt Lake, UT on August 11″a mere two days after Brown was shot to death”a police officer described as “not white” shot and killed 20-year-old Dillon Taylor, whose pictures (HERE, HERE, and HERE) reveal him to be at least predominantly Caucasian, if perchance not a purebred Nordic snow bunny. Taylor appears to be mostly white phenotypically (if not stylistically) and is far whiter-looking than George Zimmerman, whom the liberal press initially described as “white” for reasons that appear to have suited an agenda. And unlike the Brown shooting, there is currently video evidence of the Taylor killing available for public consumption, which should inflame white passions to the point where they’d riot”that is, if modern American whites were like blacks in the sense that they were prone to torching cities when one of their own gets killed.

Then again, it’s hard to get upset when you’re not even aware that something upsetting has happened. As I type this, a Google News search for the phrase “Michael Brown” alongside “Ferguson” yields a fulsome 13,700,000 results, whereas “Dillon Taylor” and “Salt Lake” only coughs up a puny 4,250 hits.

“A society’s understanding of history is shaped not so much by what they”re told, but by what is hidden from them.”

Why is there such a high-decibel hubbub about the Brown killing but nary a cricket chirp about Taylor’s death?

It can’t be because police kill more blacks in America than whites, because that’s not true. Politifact claims that CDC stats from 1999-2011 show that “2,151 whites died by being shot by police compared to 1,130 blacks.”

Were you aware of that statistic? I wasn’t until I went searching for it.

Similar sins of omission and obfuscation pockmarked the Trayvon Martin/George Zimmerman fiasco. The left-leaning media repeatedly opted to run the baby-faced Travyon picture rather than the more current and relevant one, which shows him as a cold-eyed, bird-flipping douchebag thug. NBC almost singlehandedly ignited a race war by deliberately editing Zimmerman’s 911 call in a way to make it appear he was troubled by Martin’s skin color.

I lived in Los Angeles during the Rodney King beating and subsequent riots. I heard the media continually refer to “four white police officers,” although technically, one of them was Mexican. And it wasn’t until a year or two ago when I learned that on the night he was beaten, King had two friends with him who obeyed police orders and emerged without a scratch. Fifty-eight people died in those riots, but I doubt anything nearly as catastrophic would have happened if the public had been aware that it wasn’t a tale of rabid Nazi cops attacking a lone meek non-belligerent descendant of slaves. By omitting crucial factual details to sustain a prefabricated moral narrative, the press seemed to enable mass murder.

And the propaganda deck is so stacked these days, merely mentioning any of this automatically leads to accusations that you hate blacks. They only wish. Double standards, though”especially dangerous ones”drive me up a freaking wall.

You’ve likely heard of the 1998 truck-dragging death of a black man named James Byrd, Jr. by three white men in Texas. But you’ve probably never heard of the 2000 death of a six-year-old white boy named Jake Robel, who died after being dragged for four miles by a black carjacker. Google searches for the victims’ names reveal results as absurdly lopsided as the disparity between Michael Brown and Dillon Taylor’s relative media attention: James Byrd, Jr. yields 108,000 hits, while Jake Robel gets a mere 4,910.

As I’ve said many times, apparently not all dead bodies are equal.