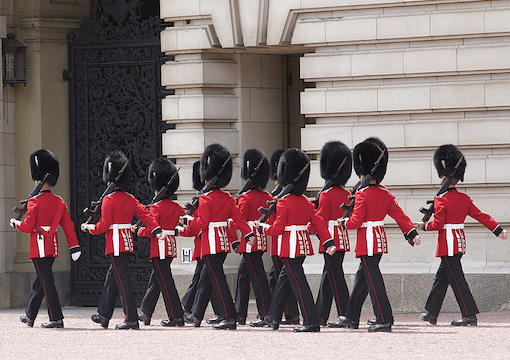 There have been many legendary comments made in the House of Commons, the primary legislative chamber of the United Kingdom, and Sir Winston Churchill is responsible for many of them. Supposedly, the old bulldog was sitting across from Labour Party Members of Parliament (MPs) and waiting for battle to commence, when a colleague remarked on the muttering from the other side of the House. “The enemy is restless tonight,” he said. Churchill looked across the floor and replied, “They are the opposition.” He then jabbed his thumb back over his shoulder in the direction of his own Conservative Party and added, “They are the enemy.”

Liz Truss could have Churchill’s comment tattooed on her arm, and she has the spare time now. After 45 days as prime minister (PM), comfortably the shortest British premiership in history, she resigned last Thursday. Her installation was the last official act of the late monarch, whose son will become the first British king to preside over a new PM since his grandfather George VI gave the green light to Sir Clement Attlee in 1950. More recently, occupants of 10 Downing Street have been, as the British used to say, in and out like a fiddler’s elbow.

Queen Elizabeth II oversaw fifteen Prime Ministers in her seventy years on the throne. Larry the cat, chief mouser at 10 Downing Street for just over a decade, has clawed the furniture of four of those and will now welcome a fifth. To add to Larry’s confusion, 11 Downing Street is occupied by the Chancellor of the Exchequer, and there have been four of those in four months.

“The British premiership increasingly resembles something ceremonial, like the changing of the guard outside Buckingham Palace.”

British politics currently resembles the children’s game of musical chairs, where everyone dances around a decreasing number of seats and must sit on one when teacher stops playing the piano. It was amusing to see the generally dull Leader of the Opposition, Sir Keir Starmer, gaining deserved applause by channeling Andy Warhol in the House, noting that the Conservative Party seemed to have a policy whereby everyone would be Prime Minister for fifteen minutes.

From the start, Truss looked as though she was at the wrong end of the playground. Chancellor Kwasi Kwarteng lasted a little over a month and was fired after being savaged by the markets and the media for his interim budget (labeled a “mini-budget” for those younger products of the British education system who would not know what “interim” means). Five days later, Westminster resembled a slasher movie in which the only question is, who’s next?

After an alleged row with Truss the night before, it was Home Secretary Suella Braverman who was knifed. Truss had awarded the three highest political offices in the land apart from her own to nonwhite politicians, and Braverman was the second of them forced from Truss’ ethnic shop-window dressing. Braverman had, in any case, shocked the establishment by uttering heresies such as her intention to secure the border and a desire for the U.K. to leave the European Convention on Human Rights, which currently hobbles attempts to expel illegal immigrants.

A day after Braverman’s exit, both the Conservative Chief Whip and Deputy Chief Whip resigned. Although Conservative MPs were once famed for their taste in masochistic flagellation, the Whip’s office is not a Soho bordello but rather coordinates party unity during legislative voting. This is a different type of discipline, and the crack of the whip is purely metaphorical. One assumes.

Also busy was Sir Graham Brady, Chairman of the 1922 Committee, the Conservative Party’s executive body. Fifty-four letters from sitting Conservative MPs requesting a vote of no confidence in a Prime Minister are required to force such a vote. Although that is currently constitutionally suspended for one year after Boris Johnson’s defenestration, Sir Graham has the power to override club rules. A vote of no confidence can bring down a Prime Minister, but it last did so in 1978 when James Callaghan’s Labour government got the imperial thumbs-down. It’s a terribly British version of impeachment. The carpet outside Sir Graham’s office door was wearing thin, observed one wag, with the frequency of Conservatives bearing such letters.

This may be a heavily disguised blessing. The Conservatives—or the party that bears that name—have been in power for a dozen years. Like an aging rock band who have forgotten how to play even their greatest hits, it might be time to forget the next tour, and a period in opposition may be beneficial. That will, of course, mean a Labour government.

I suppose that if there is a general election and Labour win it (they lead heavily in the opinion polls), then at least I can say I was at school with the Prime Minister. Labour leader Sir Keir Starmer was a year below me at Reigate Grammar School in England and clearly paid more attention in class than I did. But fewer chalices have been more poisoned. Inflation, angry trade unions, and the prospect of a very cold winter of discontent will not make the next Prime Minister’s honeymoon a long one.

The Conservatives will dread another defeat on the scale of the 1997 election, which ushered in the Blair years, but those Tory elders who know their Commonwealth history will remember 1993 in Canada, when the Conservatives were wiped out. Should that happen in Britain, then politics will abhor a vacuum and a new right-wing party will be inevitable.

The British right at present is an atomized, disparate group of perennial underachievers, but there are now rumors of coalitions and alliances, and Nigel Farage has hinted at a new party to replace the doomed Tories. Recent results in Italy and Sweden show that right-wing coalition is possible, and fledgling parties Reform and Reclaim have made tentative contact with each other, while UKIP have a feisty new deputy leader, Rebecca Jane, who will have eyed Meloni and Le Pen in Europe.

The British premiership increasingly resembles something ceremonial, like the changing of the guard outside Buckingham Palace. Now, it seems that PMs are being installed at the behest of bankers and bond traders first, MPs second, followed by party members and with the British electorate trailing the pack. Ex-Chancellor Rishi Sunak is to be Larry the cat’s next incumbent at Number 10, but he looks a globalist shill who approves of digital currency, net-zero eco-towns, and his wife’s fortune. She happens to part-own Infosys, the Indian IT giant linked to the World Economic Forum, and zealous lobbyists of government. Boris Johnson seemed the only serious rival to Sunak, and although for many Tories he is the disruptive schoolboy suspended from lessons but who the teachers would secretly be pleased to see back in class, he withdrew from the race on Sunday evening (when scarcely anything usually happens in British politics).

If Johnson is boxing clever and waiting for Sunak to fail in order to pull off an outrageous political comeback, he will have been playing chess while the others were playing checkers, and the sheer political theater may prove irresistible to the voters. For now, the BBC are delighted to have their first ever ethnic minority PM.

The words ‘unity’ and ‘stability’ have been thrown around in recent weeks, but while uniting the Tories will be like herding cats, we already have stability, thank you all the same. Climbing inflation, escalating crime, exponential illegal immigration and creeping taxes? All very stable. Sunak is a Hindu, a famously stoical people. He may need that.