Mutiny on the Booty 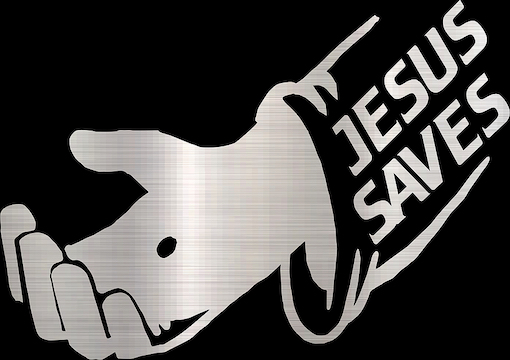 Sometimes the repetition is expected and even welcomed by readers. If you’re a consumer of evangelical Christian print media, you know in advance that the answer to every dilemma in every article or op-ed is gonna be Jesus.

“I was a drug addict, homeless, living off dumpster pickings. Could I ever find salvation?”

“Our nation has lost its way! How can we heal our divisions and find a path to harmony?”

Three guesses (all of ’em Jesus).

I do my best to not fall into the trap of, to quote Jorge of Burgos from The Name of the Rose, “a continuous and sublime recapitulation” (i.e., purdy columns filled with purdy prose that essentially keep making the same points over and over again). But occasionally there’s value in openly admitting just how little certain things change over time, how certain societal problems, or human traits, seem to be forever on repeat.

Sometimes recapitulation isn’t an author’s fault; sometimes making it sublime is the best that even the finest scribe can hope for.

I was recently reminded of a story from 2012 that I had not been able to cover at the time, back when I was David Stein the respectable GOP guy whose work appeared on The Blaze, FrontPageMag, and The Larry Elder Show. In the decades following World War II there’d been rumors among Australians that a bunch of black American GIs stationed Down Under had launched a full-scale mutiny against their white superior officers. Locals would speak of this “rebellion,” but it was always seen as something of a myth, perhaps the drunken imaginings of a few Aussie yokels who’d cooked up the story to entertain tourists. But no, the May 22, 1942, Townsville mutiny was real. And it wasn’t until 2012 that, thanks to the diligent efforts of Australian historian Ray Holyoak, hard evidence of the incident was uncovered.

Here’s the short version: In spring 1942, about 600 Negro soldiers with the 96th Battalion, U.S. Army Corps of Engineers, were in north Queensland to construct an airfield. And on the night of May 22, an unknown number of them decided to train their guns on the tents of their white commanding officers. Robert Sherrod was a reporter for Time and Life whose firsthand coverage of the Pacific theater is considered some of the finest wartime journalism of the 20th century. Sherrod was embedded with U.S. troops in Australia at the time of the attempted mutiny, and he wrote a detailed report about the incident, which he passed along to then congressman Lyndon Johnson. Johnson told Sherrod that he subsequently destroyed the report, as releasing it could make blacks uppity and whites lynchity. However, thanks to the efforts of Holyoak, a copy of the report was discovered in the LBJ archives, although there’s some disagreement over whether it’s the actual report Sherrod submitted or LBJ’s retyped condensation of it.

What’s not in dispute is that the incident was purposely hushed-up.

One of the biggest stories of the war which can’t be written—and which shouldn’t be written, of course—is the mutiny among American Negro troops which took place near Townsville on May 22.

That’s how the report begins—an admission that the matter must never be spoken of publicly.

A company of Negroes got their rifles and determined that they would kill their commanding officer, a Captain Francis Williams of Columbus, Ga. They fired several hundred rounds of ammunition at his tent (he was in a slit trench, later escaped without facing the almost certain death which it was his duty to face as an officer.) When other officers tried to escape the camp to obtain help, they were fired upon (in a half track) with a fifty-caliber machine gun.

According to the report, only one white officer was killed, and if further proof is needed of the poor marksmanship skills of the Negro grunts, Sherrod mentions “a Negro Sergeant named Rufus James whose pipe was shot out of his mouth” by accident.

That shouldn’t be funny, but it’s fucking hilarious. It’s impossible to imagine that scene without thinking of Rufus James calmly puffing on his pipe, surveying the carnage, only to have it blown out of his mouth, his eyes bulging Mantan Moreland-style as he exclaims, “Oh lawdy, feets don’ fails me now!” as he hightails it out of there.

Several members of the company and the captain are under court martial, but the company (including all possible witnesses) is being sent to New Guinea and it is possible that nothing more will ever be heard of it. “Those Negroes got away with something,” said Major General Ralph Royce yesterday.

Not mentioned in the report but spoken of by Aussies who were alive at the time is that following the attempted massacre, black troops raided nearby homes and tormented the locals.

When the Sherrod document was uncovered in 2012, the very few news organizations that reported the story tried to spin the mutiny as a justifiable response to racism. The black troops had been subjected to racist “harassment,” “subjugation,” and “humiliation,” so that night in May, they just snapped.

“The background to these events, little of which appeared in last week’s media reports in Australia, was systematic, daily discrimination enforced by both governments. The story reminds us of one of the war’s most loathsome features—institutionalized racism—but also of Black soldiers’ courageous willingness to resist,” screamed the Socialist Worker on Feb. 15, 2012 (ironically, the story was trumpeted by the leftist press but ignored by conservatives; 2012 was an election year, and the GOP needed to win that black vote! The mutiny story was an inconvenient minefield).

Still, the Socialist Worker was correct that the “background,” the (actual) motivation behind the mutiny, was left out of most media reports. It was, however, given great attention by Sherrod:

Opinion over here is almost unanimous: Those Negros—there are probably 10,000 of them now—should never have been sent to Australia. There are no women here for them, and some ugly situations have resulted. Everybody here feels that some black women would solve the problem. Neither the aborigine women nor the New Guinea women (there are about four companies of black engineers in New Guinea) will have anything to do with American Negroes. Incidentally, many Negroes have been able to get away with the story—told to lower class white women—that they are American Indians.

It wasn’t racism per se; it was resentment. Even the aborigine women (and abbos are literal cavemen) didn’t want anything to do with American blacks. That’s gotta sting. Imagine the ignominy of having to pretend to be Injun just to get laid. “No, I’m not related to the people who gave the world jazz, blues, ragtime, and spirituals; my DNA is from the drunks who scalped children and lost a continent because their immune system’s so fragile you cough on ’em they die.”

Sherrod’s report concludes, “Oddly, the better educated Negroes are the most rebellious—the mutiny of that company of Southern Negroes was led by two or three Chicagoans.” No, not “oddly” at all. Of course it was the more assimilated, educated blacks who led the mutiny.

Back in 1942, when a bunch of black soldiers decided that a racial massacre was their just compensation for not gettin’ da booty, one might’ve said to the prospective mutineers, “Hey dudes, a lot of soldiers ain’t gettin’ any right now. White soldiers in places like Stalingrad, Singapore, Bataan, Tobruk, El Alamein. Getting laid is not a guaranteed perk of serving in the Army. At least you’re not on a death march or in a POW camp. You’re in Queensland, with no Tojos or Nazis shooting at you. Enjoy the nice weather and free food and quit bitching.”

The point being, grading on a curve, with all the suffering going on in the world in 1942, those Corps of Engineers Negroes did not have it bad at all. But they felt slighted, not just by white women but by hominids the 2001: A Space Odyssey monolith long ago abandoned as hopeless. And those perceived insults overshadowed the fact that the soldiers’ circumstances were not actually very dire.

Kinda like living a nice 2021 middle-class life but considering yourself “still enslaved” because you can’t see the big picture for all the phantasmic “microaggressions” that cloud your vision like eye floaters.

The key aspect of the resentment felt by those soldiers, and the attempted mutiny the resentment birthed, was that it was suicidal. The blacks had no exit plan. They were in a foreign land thousands of miles and across an ocean from the U.S. And yet the “educated Negroes” (1942 iterations of Ibram X. Kendi and Nikole Hannah-Jones) were able to talk an entire company of blacks into embarking on something that, for all they knew, could’ve led to their immediate death (according to contemporaneous sources, Aussie troops were deployed to shoot any blacks trying to flee the vicinity of the mutiny), or their later court martial and execution. Luckily for the black mutineers, their white superiors were not driven by “racism,” but by practicality and a focus on more immediate goals. Dead or imprisoned blacks can’t stack munitions or pave airfields, so the mutineers got a free pass because whites who were not motivated by race hatred were so obsessed with the needs of their higher-ups (the war planners, the war profiteers) who saw them as expendable too, that they gave no thought to the long-term repercussions of telling blacks, “There’ll be no consequences for your actions.”

Nihilistic, angry blacks driven by entitlement, ego, resentment, and poor leadership, saved by whites who, though tarred as racists, were more than willing to let blacks literally get away with murder if doing so served the needs of the political and corporate elites.

Nothing has changed. Not a damn thing.

Well, one thing has. In 1942 the details of the mutiny could be thoroughly buried to prevent other blacks from “getting any ideas.” Can’t do that anymore! “Gettin’ ideas” is all the rage. I doubt there’s a young black person in California who doesn’t know the exact monetary figure of what the state considers an “allowable” non-arrest amount of shoplifted merchandise. When blacks get a free pass today, word spreads quick.

Given the choice between the two, I wish my repetition was due to the former, and it brings me no joy that it’s due to the latter.