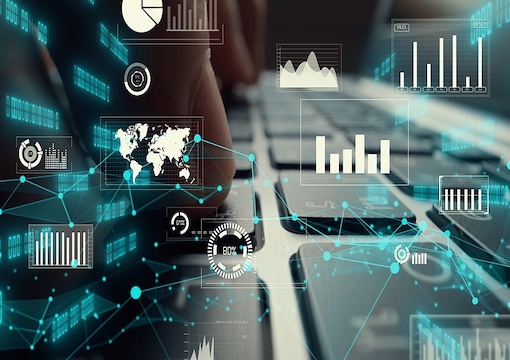 I went recently to a lecture about fintech, a subject of which I knew nothing (it is always tempting to go only to lectures on subjects that you already know about and that provide indisputable conformation of how well-informed you already were). I wasn’t even quite sure what fintech meant, and if, at the end of the lecture, I had been asked for a definition of it, I am not sure that I could have given one. It seems that it includes, at any rate, electronic means of financial dealing and transactions. It will enable us all to buy and sell the world almost instantaneously, creating all kinds of efficiencies, especially for those intent on committing fraud.

I confess to a certain skepticism whenever I hear promises of increased efficiency. They are like promises of less bureaucracy, all of which increase bureaucracy. Whenever I hear someone promise to reduce bureaucracy, I remember my visit to the Writers’ Building in Calcutta, once the local headquarters of the East India Company and still (when I visited it) a nidus of Indian bureaucracy. I shall always remember the desks piled high with yellowing files, which the clerks shuffled with a kind of inspissated languor.

Then I recall a joke about the Indian bureaucracy. A clerk goes to his boss and points out that many of the files in the office have not been touched for decades. He asks for permission to throw the oldest ones away.

“I confess to a certain skepticism whenever I hear promises of increased efficiency.”

His boss thinks deeply for a moment and then replies, “Yes, so long as you copy them in triplicate.”

Attempts at efficiency seem all too often to lead to tripling of effort, if not of actual paper. There is a certain tax that I had to pay every three months; it was not at all onerous, at least from the point of time it required to fill the return—about fifteen minutes—but then a new and allegedly improved system was introduced, with the result that:

(a.) It now takes me at least a morning.
(b.) It has to be done through the expensive services of an accountant.
(c.) It is less accurate.
(d.) It costs me more.
(e.) The government collects less tax.
(f.) I lose my temper every three months.

“Why?” asked the manager, unused to such manifestations of resistance on the part of proletarians such as doctors.

“Because,” I said, “you can either have activity returns or activity. I opt for activity.”

I added that my decision was final and that I allowed no appeal against it. This was the last I ever heard of activity returns, and as far as I know the hospital did not collapse as a result of my refusal.

Estimates on the proportion of their time American doctors spend on paperwork (that is to say, information gathering) range from one-sixth to two-thirds. With further advances in information technology this proportion could no doubt be raised to a hundred percent: a kind of platonic form of information that is about nothing at all.

It was for these reasons that I was a little skeptical about the wonders to be performed by fintech. No doubt it will help me to pay my bills quicker, and perhaps speculate more fervently, but I was not sure how it was going to make me better able in the first place to pay my bills or endow me with the capital with which to speculate. The increase in wealth to which fintech would lead seemed to me likely to enrich a few and indebt many. But now I am beginning to sound like a Marxist student of the 1960s or ’70s.

One of the miracles wrought by fintech is cryptocurrencies. My understanding of these is not even rudimentary, but it seems to me that one of the advantages of these currencies, or at least of Bitcoin, is that they cannot be manipulated by governments or others—as yet, though we should never underestimate the determination and cleverness of those who would defraud their fellow beings. When it comes to fraud, never say never.

The American dollar seems increasingly fraudulent, maintaining any value at all only by the fact that all other currencies are similarly fraudulent. In the days of the nuclear standoff between the United States and the Soviet Union, there was a doctrine called Mutually Assured Destruction (MAD). Either of the rivals would assure its own destruction if it attacked the other, therefore it did not attack the other, however inflamed the rhetoric. When it comes to major currencies, there is an implicit doctrine of Mutually Assured Rottenness. Each is as bad, or very nearly, as the other, so that there can be no flight into real value. Even gold is not safe, at least for private individuals: In 1933, President Roosevelt in effect confiscated gold from private citizens who “hoarded” it, and though the prohibition of holding gold was repealed (41 years later), there is no reason why the confiscation could not be repeated if governments deemed it necessary.

If for some reason the Mutually Assured Rottenness of currencies no longer held up (and confidence can be lost overnight), chaos would ensue not only for the United States but for the world. The former would lose its capacity to maintain both its deficits and its standard of living; the latter would lose a major part of its commerce, to say nothing of its agreed method of settling payments.

Our precarious state has been caused by a complete absence for many years of one of the cardinal virtues: prudence. Can fintech repair this? I do not see how—but then I understand little.