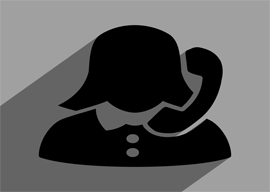 Comedian Louis C.K. does a routine about growing up in the 1970s, a decade he describes as “very racist.” C.K. claims that anyone who grew up during that period is by definition racist to some extent, and the best that one can hope for is to have only “mild racism.”

I”m not sure which 1970s Mr. C.K. is talking about. He and I are separated in age by only one year. I too grew up in the “70s, and my memories are of a time that, at least to a child, seemed truly “post-racial.” The evils and excesses of the days of segregation and lynchings had been countered by the social movements of the late “60s and early “70s”the “black power” and “black is beautiful” years, the “Chicano movement” years”and now we were “even,” and we could just hug it out and get on with life in the beautiful rainbow pudding pop that is this great nation.

During my elementary school years in the L.A. Unified School District, textbooks were riddled with gentle “anti-prejudice” messages…stuff about how Cindy made friends with Latrelle and Ernesto, and the three of them put their fears and biases aside and had a great day at play. Cindy might come from a home with manicured lawns, Latrelle might come from “the wrong side of the tracks,” and Ernesto might hail from the land of beans and burros, but deep down, we”re all the same! The L.A. school board learned a hard lesson in 1979 about just how far you could, or couldn”t, push white parents, when its lunatic mandatory school busing and “racial reassignment” plan was shut down at the ballot box after voters passed a state constitutional amendment that ended such idiotic schemes for good (in Cali, at least).

“Somewhere in between ignoring our prejudicial instincts and dwelling on them is a happy medium.”

Having learned the limits of their racial jackassery, L.A. educators settled for mild anti-racist messaging. And even now, in my 48th year, there come certain days when I can feel that subtle propaganda whispering in my ear. Last week, my youthful ward”a 21-year-old actress who resides in my house”was about to embark on her first trip to Europe. Five hours before takeoff, she received a text from Delta. Her flight had been canceled, but no worries, as Delta had reassigned her to a flight on its partner airline, Air France. So far, so good. Checking the status of the Air France flight online, I decided”being a “responsible adult””to give Air France a call, to confirm that the flight status is correct, and to confirm my ward’s seat on the plane.

And that’s when things went south. Deep south. Tara from Gone With the Wind south. The lady who answered the phone “wekkomin”” me to the Delta/Air France/KLM flight status line sounded like an extra from a really bad movie about L.A. street gangs. I went to an all-black high school, and even there, this extreme level of “ghetto accent” was rare. She quite literally sounded like someone who should be standing on a street corner threatening to cut the face of a rival crack whore. My first instinct was to hang up and call back. But then those damn books about Cindy, Latrelle, and Ernesto kicked in, and I thought to myself, “Dave, let her do her job, and I bet you”ll get the best customer service of your life, all because you faced down your prejudices.”

So on the phone I stayed. And LaKarsha (I”m guessing on the spelling) told me, “I cayn”t find dat flight, suh.” I told her, “I”m looking at it right now on the Air France flight status page.” “Wuss da time uh takeoff? Maybe I kin fin” it dat way.” I gave her the info. No luck. “Dehr ain”t no such flight,” she concluded. I asked her to keep looking. I think what kept me on the phone at that point was simple astonishment. How could someone working the flight status line of a major international air carrier not be able to read flight status info? Surely this person can”t be that incompetent. After what must have been at least eight minutes, she spoke up again. “Suh, dat flight been canculled.” Now I was alarmed. “Canceled? But it’s right here on the screen…” She cut me off. “Da screen wrong. Da flight canculled. You got to re-book.”

Okay, I”m a “70s kid but not a retard. I asked her to explain why the flight was still there on the real-time flight status page of the Delta/Air France site. Adopting a condescending tone that radiated the kind of pseudo-certainty you normally hear from someone claiming that Brawndo’s got what plants crave, she explained that she “be more informed” than the website, adding that it’s lucky I called her, otherwise my ward would have showed up at the airport to a nonexistent flight. All my questions were deflected with “I tryin” to hep you, suh. Now we got to re-book, and we got to do it now.”

Finally I hung up, deciding that 15 minutes of fatuity is enough for one day.

My ward was panicked. “Is there a flight or isn”t there?” I redialed, and this time I got a lady who spoke with the diction of a young Judi Dench. Within 30 seconds, she had the flight information in front of her. “No, sir. The flight has absolutely not been canceled. It’s running on time, and will take off as scheduled.” I couldn”t just leave it at that. I asked the young lady how the previous woman could have possibly gotten it so wrong. Again, it took less than 30 seconds for her to get to the bottom of it. “Air France changed the flight number earlier this morning. The previous agent must have seen the number change and confused it with a flight cancellation.”

Gail Gallant proceeded to send me the link to the screen that LaKarsha Goofus had been looking at, and all I can say is, someone would have to be a complete moron to not understand that very simple, straightforward screen. Gail Gallant apologized for my experience, and I hung up with the realization that perhaps I had been the true moron, because every natural instinct I possess told me to get off the phone the moment I heard LaKarsha speak, but I didn”t, because I had been conditioned from the earliest years to question those instincts.

What’s more, I knew I would have listened to those instincts had LaKarsha not “presented” as black, because I have no problem being discriminatory when it comes to, for example, “my people.” I don”t do business with Israelis unless it’s the only option and the business that needs doing can”t be postponed. This comes from years of witnessing Israeli business practices. Now, I know that there are many fine, honest, honorable Israeli businesspeople, but I find that playing the odds is the best way to avoid getting rooked by the “Sabra Shopping Network.”