My Name Is Nicholas and I Am an Alcoholic 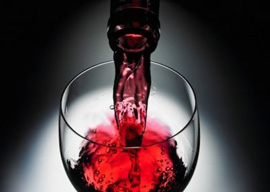 Sure, I drank dangerous amounts of the stuff day in and day out for decades. But I am convinced that I did not and do not suffer from what the health professionals define as a disease called alcoholism, for which there is no cure and for which the so-called alcoholic, just like any other sick person, is no more to blame than someone born ugly or stupid.

Here is my diagnosis: I do not suffer from an incurable disease, nor a disease curable by treatment, nor even a disease that can cure itself.

I have a big problem and it is my fault: I love to get bombed on booze in a bar and stay out way past midnight, especially on red wine, in particular red wine made without fuss, pretension, test-tube magic, or other such jiggery-pokery from the noble Sangiovese grape found in local vineyards. Or I did. I chose to drink, then chose not to drink. I have not touched alcohol since August 2011 when I decided: Basta!

“Like adultery, drinking to excess is a moral rather than a medical issue.”

Actually, I am lying. I have had two glasses of Sangiovese since I gave up, both consumed in the bar underneath my office in the center of town. One was in February in honor of Marie Colvin, the intrepid Sunday Times war correspondent, who had just been killed in Syria and who was once the wife of a very good friend of mine. Marie liked to drink as well. The other glass was late one evening in March after the successful completion of a particularly difficult and important article.

I allowed myself those two glasses for one reason. I wanted to prove the falsity of the key diktat in the gospel according to the health professionals that once you have given up alcohol, you are not cured of the disease but remain an alcoholic, and one drink is all that it takes to send you spiraling back down into the abyss. Hence the rule that alcoholics who have given up regard themselves as “recovering alcoholics” until the day they die because that is what the health professionals have brainwashed them into believing.

But I did not fall back into the abyss after those two glasses of Sangiovese, did I? So alcoholism, at least in my case, cannot be an incurable disease like cancer or schizophrenia. If it is, I must have a very mild strain.

But my kind of alcoholism is not even a disease, let alone an incurable one. I took no medicine. I had no treatment. I did not attend AA meetings. I did not lie down even once on a shrink’s couch. I merely decided to stop. Just like that. I had no withdrawal symptoms, mental or physical, and I felt better immediately.

So maybe my alcoholism was a disease that disappeared of its own accord as the flu does. But if so, it sure as hell stuck around for a very long time before it decided to leave me in peace. Thirty years or so.