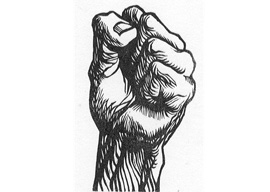 Esquire magazine recently did a profile on AFL-CIO President Richard Trumka. There are enough half-truths, distortions, and flat-out lies in Trumka’s quotes to fill up an entire book with refutations.

Trumka rattles on with dysphemisms and clichés about the evils of capitalism and economic freedom (not true), flat wages (not true), income inequality (more freedom means more equality), the rich not paying enough taxes (not true), and the need for higher taxes to solve problems (not going to work).

What does a union do, anyway? Dictionary.com says a labor union is:

an organization of wage earners or salaried employees for mutual aid and protection and for dealing collectively with employers; trade union.

That’s fairly simple. But what do unions themselves say? Trumka’s AFL-CIO declares in its mission statement:

The mission of the AFL-CIO is to improve the lives of working families—to bring economic justice to the workplace and social justice to our nation. To accomplish this mission we will build and change the American labor movement.

That begs the question: How do they define economic justice? And they want the American labor movement built and changed into what?

“Unions demand higher wages for themselves at the expense of others. And they do so by government coercion.”

Rhetoric aside, if labor unions are workers banded together for higher wages and better working conditions, this implies a number of things.

First, this premise implies that without unions acting on workers’ behalf, then working conditions and pay would inherently be unfair if the economy and world were allowed to exist in its natural state without intervention. In short, it says that people naturally exploit each other in the marketplace. This notion is an entirely Marxist idea.

In his book Marxism: Philosophy and Economics, economist Thomas Sowell points to a number of examples.

The separation of society into an exploiting and an exploited class, a ruling and an oppressed class, was the necessary consequence of the deficient and restricted development of production in former times.

Sowell notes this passage from Marx’s The Poverty of Philosophy:

The natural price of labor is no other than the wage minimum.

Sowell cites the The Communist Manifesto:

the modern labourer…instead of rising with the progress of industry, sinks deeper and deeper below the conditions of existence of his own class.

Trumka echoes all of it.