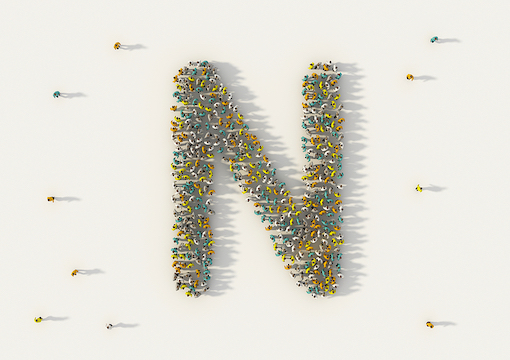 With summer 2020 finally in the rearview mirror, and after seven months of “two weeks to flatten the curve,” I’m getting a little sick of “the science.” Not science, mind you, but theee science, the thing that leftists keep assuring us exists—a singular, canonical truth we all must obey. Mind you, it sure seems like there’s not a great deal of agreement about “the science” regarding COVID: You don’t need masks/You do need masks. Hydroxychloroquine doesn’t work/Hydroxychloroquine totally works. Sunlight doesn’t help/Sunlight helps. COVID doesn’t linger in the air/COVID totally lingers in the air/COVID doesn’t linger after all.

Theee science is whatever today’s CNN home page says it is. If that happens to contradict yesterday’s home page, well, that’s your fault for having a memory.

The corruption of science by the “don’t ask questions, just accept today’s headline” crowd started long before COVID (like, when cancel-conscious scientists began redacting everything they’d previously said about there being only two genders). But COVID has conditioned millions of Americans to unquestioningly accept that corruption as a permanent fixture. In such an environment, is it any surprise that leftists are using junk science to promote their most sacred of tenets: the inborn racism of white Americans?

Phillip Levine and Robin McKnight are two tenured mouthbreathers at Wellesley. Levine is a former Clinton administration senior economist who churns out liberal pap for the National Bureau of Economic Research (NBER) and the National Academy of Social Insurance (NASI), and McKnight is a “health economist” who does health-care-related research also for NBER and NASI. These two “top researchers” recently authored a paper for the Brookings Institution about the summer spike in U.S. firearms sales. In the study, Levine and McKnight claim that the spike in gun purchases was not due to legitimate security fears in response to riots and looting. Rather, they claim the spike was the result of…can you guess? Evil white racism!

Whites motivated by “racial animus” were mass-purchasing guns because they hate black people. Because that’s whites for ya. They don’t want to protect their businesses, homes, or families. Nope, they just wanna kill blacks. As The Washington Post’s Christopher Ingraham summarized in his coverage of this “bombshell” report, “The research suggests that at least some of the spike in gun purchases is driven by racist beliefs and attitudes among white Americans.”

Now, the obvious question that any rational person would ask is, how did these “scientists” arrive at their conclusion? The gun purchase spike was real, and easily explained as a reaction to BLM/Antifa violence and anarchy. So how did Levine and McKnight “prove” that “racist beliefs and attitudes among whites” were the actual prime motivating factor behind the spike?

You’ll think I’m kidding, but I’m not: The two “professors” used Google Trends data to count how many people in different states Google-searched the word “nigger.” Since searches for “nigger” appeared to rise along with gun sales, Levine and McKnight “deduced” (i.e., assumed) that:

I reached out to the WaPo’s Ingraham, posing the following question:

There’s no way of knowing the race of the people searching for those racial epithets, is there? In theory, those searches could have been performed by whites, blacks, Hispanics, Asians, Arabs, the mixed-race, children, etc. There’s really no way of knowing. Is there something I’m missing here?

He replied: “Given that anti-black racism in this country has historically been inflicted primarily by whites, that’s the most sensible conclusion.”

Observe how Ingraham has created his own equation of imbecility:

A) No one Googles “nigger” unless they hate blacks.
and
B) Only whites hate blacks, as history proves.
therefore
C) All Google searches for “nigger” are conducted by whites who hate blacks.

Believe it or not, Ingraham’s equation didn’t convince me. I replied:

I still don’t see how one can determine the race of the searchers. What are these folks even searching for? It could be rap lyrics (Lil Wayne just released a revamped version of his hit featuring the N-word in the title), stand-up routines, news stories ABOUT the use of epithets, etc. It seems to me that assuming race from Google searches is strikingly inexact.

In response, Ingraham referred me to the granddaddy of all “nigger search” studies, which Levine and McKnight used to “prove” the soundness of their methodology: “The Cost of Racial Animus on a Black Presidential Candidate: Using Google Search Data to Find What Surveys Miss,” by Seth Stephens-Davidowitz. Stephens-Davidowitz, a former Google “data scientist,” is the Isaac Newton of “nigger search science.” For his “Cost of Racial Animus” paper, which was written in 2013 when he was attending Harvard, he used Google Trends data to make the case that “nigger searches” are a predictor of antiblack voting patterns. Stephens-Davidowitz’s entire premise was predicated upon the same core assumption that infests the Brookings study: Only white adults with pronounced antiblack views ever Google-search “nigger.”

Now, Stephens-Davidowitz did control for “nigga,” to eliminate rap lyric results. But he didn’t control for “N-word” viral news stories. And we all know how much the press loves promoting “N-word” viral news stories. As an example of Stephens-Davidowitz’s slipshod and unreliable methodology, he cataloged nigger searches for the year 2006 without even mentioning, let alone factoring in, the Michael Richards November 2006 Laugh Factory incident, which likely had half of America, regardless of race, ethnicity, or ideology, Googling “Kramer nigger meltdown” or similar terms.

It never even occurred to “scientist” Stephens-Davidowitz to control for viral stories like the Richards affair.

The two Wellesley profs freely admit to using Stephens-Davidowitz’s paper as their inspiration, so I wrote to them because I had a few simple questions about their study. Mainly, I wanted to know if they, like Stephens-Davidowitz, failed to control for Google searches prompted by viral N-word news stories. When I emailed Levine and McKnight, I let them know I’d already had a friendly back-and-forth with the WaPo’s Ingraham. This is a technique that helps academics feel “safe” with a potentially critical journalist; it’s like letting a dog smell your hand (my apologies—that analogy is unfair. Academics should never be compared to dogs. Dogs are beautiful, beloved creatures, unlike the anthropomorphic colostomy bags that inhabit our nation’s universities).

Sadly, Professors Levine and McKnight refused to answer any questions about their study, almost certainly because my questions expose just how worthless the study is. For example, the two Ph.Dumbasses claim that “nigger searches” reached a peak on June 19 (“Juneteenth”), thus “proving” that the searches were conducted by racist whites who apparently were so incensed by the black pseudo-holiday that they decided to search Google for just the right epithet to scream.

However, Levine and McKnight neglected to take into account that June 18–19 saw a slew of “N-word” news stories go viral:

—A black woman was called “nigger” by a white “Karen” following a traffic altercation. Video of the incident was made viral by Upworthy, creating a feeding frenzy on “black Twitter.”

—A black woman claimed she was called “nigger” by an elderly white woman at a New Jersey ShopRite. That incident was covered by dozens of East Coast news outlets and went viral on Reddit, spawning a Change.org petition demanding that ShopRite institute a “zero tolerance” policy on racism.

—Two young members of the Berkeley, Calif., “Brown Girls Climbing” all-black rock-climbing team claimed a white woman called them “nigger” because they were in a park that was closed for COVID. Although no proof of the encounter was provided, Bay Area news sites made it a home page headline.

—The website DaVibes, which caters to Caribbean-Americans, ran a piece titled “Better to Be a ‘Nigger’ From Nigeria.”

All of the above stories were viral June 18–19, and all of them might have accounted for instances of blacks, Hispanics, white liberals, and ideologically unaffiliated newshounds conducting Google searches that included the word “nigger” on those dates. Yet Levine and McKnight blindly attribute all such searches during that period to racist whites pissed off about Juneteenth.

Now, you might think I’ve driven a stake through the heart of Google Trends “nigger search science,” but that’s not good enough for me; I want to piss on the ashes as well. See, there’s a coda to the story. Philip Cohen is an accomplished author and sociologist at the University of Maryland, College Park. He also runs a pretty darn leftist blog called Family Inequality. In October 2016, Cohen attempted to replicate Seth Stephens-Davidowitz’s 2013 Google Trends study in the run-up to the Trump/Clinton election. He specifically wanted to show that searches for “nigger jokes” and “Holocaust jokes” corresponded with areas that were polling high for Trump.

He seemed to get the results he desired, until…one of his colleagues commented that her grad student had attempted to replicate the state-by-state results, and found that Google Trends figures from past months and years are not stable; the numbers vary wildly hour to hour. These seemingly random fluctuations make the data useless in pinning down a region’s “actual” search rates:

Over the course of 10 hours, I find (a) a mean difference in frequencies for all states by 2.2 points, and (b) a correlation of .987 between our frequencies. The differences were substantial. Only 4 out of 30 states have numbers that were the same…. If Google Trends had daily temporal reliability, we would expect there to be no differences in our numbers and therefore perfect correlation. This clearly isn’t the case. I think this emphasizes the skepticism we should have about using Google Trends.

Cohen, acting like a scientist should, admitted that he’d been in error to rely on Google Trends data, which he conceded is “unstable” and has “a reliability problem.”

Levine and McKnight didn’t let Cohen’s 2016 discovery sully their 2020 study, which is completely unreliable not just for the reasons I outlined (not controlling for viral news stories), but also because another leftist academic named Philip Cohen discovered in 2016 that Google Trends search data is too unstable to form the basis of such a study.

Is this the end of “N-word science”? Don’t count on it. Junk science never bows to reason. That Google Trends data is so malleable will likely lead to more “N-word” studies, and more fawning, credulous mainstream news pieces.

After all, silly little things like facts and logic have no place in theee science, where only dogma lives, and lives loudly.