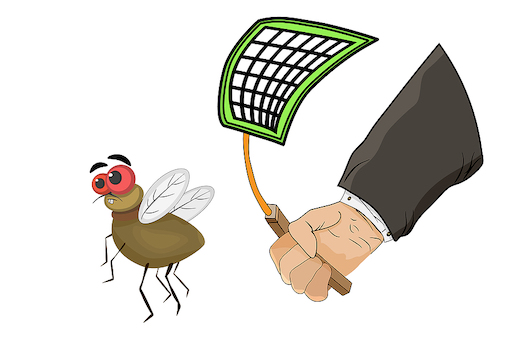 I have never really understood the passion for hunting. Whenever I see an animal or a bird in the wild, it does not cross my mind to kill it. I have even been charged by an elephant without wishing that I could shoot it: I wished it only to go away.

I acknowledge, of course, that the passion for hunting exists, and not only among people whom I would consider bad. A literary hero of mine, Turgenev, who was a very good and humane man, loved hunting and could hardly see a duck without wanting to shoot it. I have never seen a duck that I wanted to shoot, though I regret to say that being inconsistent (another way of admitting to hypocrisy), I do not in the least mind eating a duck that someone else has shot, especially when cooked slowly in red wine and shallots, or in cider, apples, onions, and celery. If you have delicate teeth, however, I advise you to watch out for the lead shot.

Nevertheless, in my old age I am beginning to understand the thrill of the chase. I returned to my house in the country recently to find my bedroom, as usual, full of flies. Where they came from, and why, I have no idea; but there were hundreds of them buzzing round, particularly near the picture frames.

“The flies are now unmistakably in decline. They are, for the moment, on their last wings.”

I have only ever met one man who truly loved flies. He was an entomologist and spoke of them with deep affection. (I also met a mosquito-man once, and he loved mosquitoes in the same way.) He wrote a book about flies with the most beautiful illustrations. They are, indeed, creatures of exquisite beauty when seen close up—unlike humans, who often improve with distance.

But no one wants flies in his bedroom; for even one, if he is a persistent buzzer, can drive you mad.

Now, there were three methods known to get rid of the flies: flypaper, insecticide aerosol, or the vacuum cleaner. The first two have drawbacks, though also an advantage. Flypaper catches flies, but too slowly, especially if there are a lot of them. Sadists, however, will enjoy watching the flies’ unavailing efforts to dislodge themselves from the sticky goo of the flypaper.

Insecticide aerosol spray is relatively efficient, but it can leave an unpleasant tackiness and smell, quite apart from the suspicion that it harms the environment in some fashion or other.

The vacuum cleaner with a long tubular extension is my favored method. It gives you the pleasures of the chase and a sense of achievement as the numbers decrease before your very eyes.

Apart from the easiest ones, the dead on the floor and those slowed down by the approaching winter, they can be quite difficult to dispatch into the flymageddon that is the sack in the vacuum cleaner that stores the dust.

Do flies suffer? Do they feel anything for their fellow flies? Do they have friends for whom they despair as they see them disappear down the long tube into the dark, dark pit beyond? Do they die straightaway in the bowels of the vacuum cleaner, or do they pullulate for a time and then die? I confess that these absurd questions passed through my mind as I sucked up the flies (though also with a contradictory sense of triumph). Certainly, we do not approve of wanton boys who pick the legs and wings off a captured fly, but this is surely more because we foresee a future life of cruelty by the boy when he is an adult than from pity for the sufferings of the fly. All the same, Blake’s words came to my mind as I vacuumed:

Little fly
Thy summers play,
My thoughtless hand
Has brush’d away.

Of course, it’s rather easier to have these semimystical feelings about one fly than about hundreds, just as it is easier to love one person than a thousand people. And anyway, I thought on reflection, it’s not really true that a thoughtless hand can brush away a fly; as I have discovered, it takes quite a lot of effort and sometimes even cunning or thought.

One of the things I learned was that there was a law of diminishing returns with regard to the vacuuming of flies. At first it is easy, especially with the dead ones on the floor; but as the flies thin out, so they become more and more difficult to catch. They seem to become, so to speak, more fly. It is as if they realized the danger they are in. The last two or three are always particularly difficult and elusive.

Finally, however, I triumphed over them and, with a sense of profound self-satisfaction, retired with my wife to bed.

Then suddenly, Bzz! Bzz! Bzz! A fly began flying against the inside of a bedside lampshade, knocking against it without ever appearing to injure itself, but making a terrific racket on each collision. Then it was joined by another, and another. The only thing to do was turn off the light and go to sleep.

The next morning, I was glad to see that many flies had died in the night, but less pleased to see that many hadn’t. Where had they reemerged from? My wife suggested from behind the pictures. At any rate, I began vacuuming them up again, and was down to my last fly, which managed to evade the tube of the vacuum cleaner.

Well, I thought, one fly doesn’t make a summer, so to speak, or a winter, either, but by late afternoon they, the flies, were back in some, though lesser, force. Again, I resorted to the vacuum; after all, nature hates a vacuum cleaner.

The flies, I am glad to be able to report, are now unmistakably in decline. They are, for the moment, on their last wings. But I am under no illusion that my victory over them will be final. On the contrary, they are likely to score a victory over me in the end, as they will over the whole of humanity. If asked who will survive longer, Man or the flies, I would unhesitatingly plump for the latter. If survival is the criterion of who is more fit to survive, the flies are obviously far fitter than we.