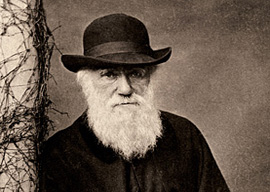 The tainted history of using biology to explain criminal behavior has pushed criminologists to reject or ignore genetics and concentrate on social causes: miserable poverty, corrosive addictions, guns. Now that the human genome has been sequenced, and scientists are studying the genetics of areas as varied as alcoholism and party affiliation, criminologists are cautiously returning to the subject. A small cadre of experts is exploring how genes might heighten the risk of committing a crime and whether such a trait can be inherited.

Two or three hundred years ago it was all nurture, so far as enlightened people were concerned. From John Locke to Karl Marx, human nature was merely the impress of social or economic forces on a waiting slab of wet clay, a blank slate. The effect might be for the better (Hobbes) or for the worse (Rousseau), but the finished human being was seen as a molded thing shaped entirely by circumstance or education.

Then came Darwin with a persuasive theory to explain the great variety of living creatures. Biology now had a large organizing principle. Might that principle encompass human beings, too? Darwin certainly thought so. Though he was, for social and marital reasons, diplomatic in speaking about the matter, it is plain from everything he wrote that Homo sapiens was, for Darwin, just another branch on the tree of life, continuous with the higher animals.

This was Darwin’s point of difference with his friend Alfred Russel Wallace, a believer in human exceptionalism.

Are we indeed in a continuous line of descent from beasts, or are we a new creation altogether? Religious folk line up on the latter side of the argument, but you don’t have to be religious to agree with them. Quantity begets quality; it may be that in attaining its enhanced complexity, the human brain crossed some threshold into a new dimension of awareness, like the first creatures that could see.

At any rate, biology ruled the latter part of the 19th century, when the human sciences were just emerging as empirical disciplines. Instinct theory in psychology, race theory in anthropology, and “social Darwinism” in political science all testified to Darwin’s influence.

In the first two decades of the 20th century a reaction set in, driven in part by progressivist social optimism, in part by a desire for more scientific rigor. Both factors were incarnated in Franz Boas, a key figure in the early 20th century’s steady drift away from biology in the human sciences. Boas’s 1911 study on the changing body shapes of recent immigrants to America was empirically rigorous and put the lie to at least the most extreme claims of racial anthropology. Yet that 1911 study had been preceded by a long paper trail of writings urging environmental explanations for human differences over biological ones.

Boas and his supporters won all their arguments in anthropology. At the same time John B. Watson was purging psychology of all notions of instinct or innate ability, creating the behaviorist paradigm that dominated that discipline though the next few decades. By the 1920s, in the USA at least, nurture had the upper hand and held it for 40 years. Anthropologist Leslie White wrote in 1949:

Instead of seeing the individual as a First Cause, as the initiator and determinant of the culture process, we now see him as a component part, and a tiny and relatively insignificant part at that, of a vast, socio-cultural system that embraces innumerable individuals at any one time and extends back into their remote past as well….For purposes of scientific interpretation the culture process may be regarded as a thing sui generis; culture is explainable in terms of culture.