Nazis vs. Muslims: Who Hateth the Most? 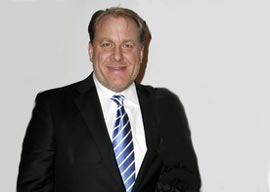 Poor Curt Schilling. Last week, the legendary pitcher dared to tweet about the two things you just don”t tweet about (or talk about or whisper about or describe via charades): Muslims and Nazis. Schilling tweeted, “It’s said that only 5″10% of Muslims are extremists. In 1940, only 7% of Germans were Nazis. How”d that go?”

If there’s a bright side for Schilling, at least this time he wasn”t the one who balked. Leave that to the usual suspects. The left screamed “racism,” Muslim organizations sharpened their scimitars, and ESPN pulled Schilling from the airwaves. What a world…in the 1940s, sports stars went off to fight America’s enemies; these days, they”re not even allowed to criticize them.

Schilling’s tweet deserves to be examined objectively. The “unbiased, nonpartisan” website PolitiFact declared (surprise, surprise) that Schilling is a big fat lying liar. Keep in mind, this is the same PolitiFact that rated President Obama’s statement “Nearly one in five women in America has been a victim of rape or attempted rape” “mostly true,” even while acknowledging that their own expert bluntly stated that the survey Obama relied on for his claim “is not the soundest data.” PolitiFact writer Louis Jacobson declared that “given two survey methods to choose from, Obama picked the one that produced the higher number. Ordinarily, we take issue with claims that cherry-pick results. In this case, however, we aren”t as critical of his decision.”

“It really doesn”t matter if someone believes suicide bombings against civilians are justified one time or one hundred. A suicide bomber only needs one time.”

Given PolitiFact’s worthlessness as a fair arbiter, and understanding that people on the other side, like Sarah Palin and Pam Geller, are equally biased (but at least they wear their biases on their sleeve), let’s do what none of the partisans did and rationally dissect Schilling’s claim.

PolitiFact writer Jon Greenberg does make one decent point: Schilling’s tweet was a shade or two of apples vs. oranges. Comparing Muslim extremists to Nazis is problematic. In 1940, the Nazi Party was a joinable entity complete with membership cards, pins, buttons, and secret decoder rings, whereas “Muslim extremist” signifies an attitude, a belief, but not a formal affiliation (al-Qaeda and its new-member tote bags notwithstanding). So Greenberg throws his arms up in confusion and surrender regarding obtaining any figures for “Muslim extremists”:

The kind of numbers thrown around in the tweet would include Muslims who might endorse some fundamentalist principles but not all. You won”t find reliable numbers because the definition is vague and the data are too limited.

Greenberg therefore decides to devote the focus of his piece to determining how many Germans were Nazis. If defined by Nazi Party membership, Greenberg’s figure is 9%. “That’s not too much different from Schilling’s figure,” he laments. So of course he decides to try a different method of calculation. He concludes that the soundest way to determine a figure for German Nazis is to use the 33% of the vote that the Nazi Party received in 1932. After declaring that 33% is his figure of choice, he arbitrarily increases it to 35% (it’s not for nothing that his full name is Jon “Add Two” Greenberg).

One “cherry-picked” figure for Nazis plus one lazy reporter who won”t pursue stats regarding Muslim extremists equals “Curt Schilling you are a lying jerk.” Let’s do the work that was apparently beyond Greenberg’s abilities. It’s very easy to get a reasonable figure for Muslim extremists. The Pew Research Center has conducted many polls of Muslims around the world regarding whether they believe that “suicide bombing/other violence against civilians is justified to defend Islam from its enemies.”

Let’s take Greenberg’s cherry-picked 33% for the number of German Nazis (I”ve subtracted Greenberg’s random, unexplained 2% addition. Sorry, Jon, but my middle name is “Honest Stats”). And now let’s check out the 2014 Pew figures for Muslims who agree that violence against civilians to defend Islam is allowed in most, some, or just a few instances (the other choices respondents had were “never” and “don”t know”). I”m counting all respondents who answered that violence against civilians in the name of Islam is justified, even if they don”t believe it’s justified often. Since by definition a good suicide bomber can only shine but once, it really doesn”t matter if someone believes suicide bombings against civilians are justified one time or one hundred. A suicide bomber only needs one time.

So what percentage of Muslims around the world believe, to one degree or another, that “suicide bombing/other violence against civilians is justified to defend Islam from its enemies”?

Right there we have eight nations/territories in which the percentage of Muslims who sympathize with violence against civilians in the name of Islam is as large or larger than the percentage of Germans who were Nazis (using Greenberg’s 33% figure). Of the other Muslim nations surveyed, only two had a percentage of terror sympathizers lower than the Nazi lowball figure of 9% (Tunisia with 8% and Pakistan with 7%).