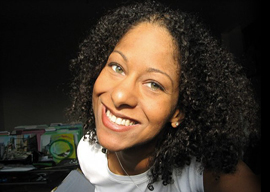 The “microaggressions“ website reads like comedy. It is pathetic and funny, yet it is beginning to look like the manifesto of our future overlords: a tyranny of the aggrieved, abetted by the powerful, lording it over anyone who dares open their yap. It sounds crazy, but it isn”t. It is happening daily in “culturally advanced” areas of Western Civilization.

Last week’s most celebrated microaggression: Miz Adria Richards experienced dismay at the telling of an off-color joke at a Python programming language convention. Miz Richards was not being addressed directly; she eavesdropped on someone else’s conversation. It was not a very clever joke, even if you speak nerd. The dastardly malefactor made a dorky jape about his large dongles. Dongles are those USB things that have replaced floppy discs. Miz Richards doesn’t seem to know this. She also took umbrage with an alleged subsequent statement about “forking that guy’s repository.” The phrase “forking a repo” refers to using someone else’s software for your own development purposes. It is generally considered a nerdy compliment for someone to fork your repository; it means they think your software is good. The forker’s friend, who was referring to an earlier speaker at the conference, claims the comment was intended in exactly this fashion. Miz Richards took it as some kind of off-color joke that demeans women and prevents them from becoming software engineers, despite the fact the speaker was obviously referring to “forking” a male.

“The idea that an ill-chosen word overheard by a fellow citizen may end your career is despotism, not tolerance.”

Open-source website “github“ makes an actual crude pun about “hardcore forking action“ when you fork a repository and nobody has complained yet. I guess one would have to actually fork some software from the thing to notice this; not a common occurrence in the lives of the perpetually aggrieved. Miz Richards herself had made a much more crass dong joke a mere two hours earlier on her Twitter account. Apparently the sinfulness of dong jokes depends on who is telling them.

Self-aggrandizing witch hunts seem to be the 21st-century approach to dealing with juvenile humor. Miz Richards proceeded to instigate one by Tweeting a photo of the sinners and her interpretation of their hurtful words, which she deemed to be “Not cool.” She later compounded this with a bubble-headed blog post in which her dismay was transmuted into “Yesterday the future of programming was on the line and I made myself heard.”

In a sane society, the entire incident would have been ignored. Instead it was taken up by the sanctimonious mob and trumpeted to the skies as an incident of Towering Importance. The dorky dongle-joke guy was cashiered from his job. He has a wife and three children. Don’t make dongle jokes if you have a wife and three children. Dongle jokes are not technically illegal, but in our modern era of social totalitarianism, they may as well be.

Hackers from 4chan, who tend to be fond of dong jokes, were outraged at this injustice. They proceeded to cause problems for Miz Richards’s employer. Now she has been made redundant. This may seem like some kind of twisted justice, but I have a hard time seeing it that way. The best possible outcome from this is lawsuits galore, with our dong-joking dongle-offended heroine taking up an even more destructive career as a full-time Torquemada.