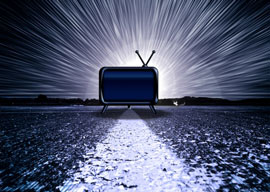 Last week I decided to “binge-watch” the hit Netflix series Making a Murderer. I mean, I needed something to do with my time as I nursed the shattered femur I incurred from jumping off a bridge because everyone else did. Almost immediately upon launching my binge, I found myself fighting a bias I”ve carried around for years”an unfortunately condescending attitude that sometimes rears its ugly head when I read or view the work of female documentarians.

I trace the origin of my bias to the first time I read Doris Lessing. Lessing was a celebrated, Nobel Prize-winning British novelist who, in the mid-1980s, decided to travel to the Afghan/Pakistan border to write the defining firsthand account of the Soviet invasion. She was not an impartial observer, nor did she claim to be. The goal of her book, which she titled The Wind Blows Away Our Words, was to rally support for the mujahideen against the Russian invaders. In the book, Lessing, a fanatical communist”turned”Sufi mystic (in other words, a lifelong crackpot), wastes no time in letting readers know why this particular conflict is of such interest to her: She has a massive, sexual crush on Afghan men. Initially, her incessant fawning over the physical characteristics of the Afghans seems peculiar but tolerable, until it continues in the next chapter, and the next, and the next. Eventually most readers will want to scream, “Okay, we get it, you want to bone these guys. Now get to the fucking war!”

It can be argued that Lessing’s refusal (or inability) to see the “freedom fighters” as anything more than sexual turn-ons is the kind of thing only a female documentarian could get away with. I doubt that a male correspondent, no matter how accomplished, could conduct an interview with someone like Malala Yousafzai in which every observation is bookended by comments about her breasts and buttocks, and still find a major publisher.

Lessing’s book, which I read when I was 18, instilled in me the aforementioned bias, which surfaces whenever I think a female documentarian might be, shall we say, “infatuated” with her subject. And for better or worse, that’s the feeling I got from Making a Murderer filmmakers Laura Ricciardi and Moira Demos.

In episode 1, the first thing that hit me was the manner in which they allowed baby-faced “bad boy” murderer Steven Avery’s youthful cat torture-killing to be dismissed as a mere prank gone wrong. Frankly (and again, this is my bias talking), Ricciardi and Demos” excuse-making reminds me of the battered wife who so badly wants to deny the reality of her hubby’s true nature that she manages to convince herself that she actually did walk into a door to get that black eye.

“Perhaps the pro-Avery mouth-foamers might want to dial it back a bit and look at all the evidence, not just what the Netflix fangirls decided to present.”

That Ricciardi and Demos are in denial is made blatantly obvious by this interview with The Wrap. When asked about all the incriminating evidence they left out of the film, Ricciardi answered, “Without getting into trying to refute specific pieces of evidence, I would say that our role here was as documentarians. We were not advocates.” That’s an outright lie. Of course she and Demos are advocates, and if they want to argue that advocacy journalism isn”t always a bad thing, I wouldn”t necessarily disagree. But to claim that they are not advocates is a bald-faced lie. Hell, “advocates” is actually a compliment compared with shills, and I think a case can be made for the latter term.

Episode 2 began on a note that struck me as egregiously distasteful: a video recording of Avery’s victim, Teresa Halbach, in which the young woman appears to say it”ll be A-OK with her when she dies. “So let’s say I die before I”m 31. Or let’s say I die tomorrow. I don”t think I will. I think I have a lot more to do…. Whenever I do die…I just want people I love to know that whenever I die, that I was happy. That I was happy with what I did with my life.” Well, shit, there you go. Avery didn”t do it, but even if he did, she was totally cool with it. Suggesting that Halbach was a “happy victim” who may have been content to die is a subtle (and rather cruel) way of priming the audience to believe that Avery is the only one truly hard done by in this situation.

By episode 3, my bias in full bloom, I was certain I”d end up writing a column about how Ricciardi and Demos are just slightly more evolved versions of the pathetic women who write marriage proposals to men on death row. But as I finished the series, I realized that such a column would be dishonest. I still thought Murderer was a slanted piece of advocacy journalism masquerading as an objective documentary, but by the end of it, I had to admit that I couldn”t call it a uniquely feminine abomination. I had to face the fact that the image in my head was no longer Doris Lessing and her schoolgirl crushes, but rather the visage of that most manly, godly, and conservative of men: William F. Buckley Jr.

For the masses huddled over their keyboards signing petitions to free Avery and writing death threats to his prosecutor, I would strongly recommend becoming acquainted with the story of Bill Buckley and Edgar Smith. Smith was a handsome 1950s greaser straight out of Rydell High. In 1957, the unemployed auto mechanic was accused of pulverizing the skull of a 15-year-old female high school student in a sandpit, allegedly after she put up a fight when he attempted to rape her. Smith was convicted of murder and sent to death row, but he didn”t let that minor setback get him down. He protested long and hard: Planted evidence! Coerced confession! Police misconduct! They don”t like me cuz I”m a rebel and a bad boy! When word got to William Buckley that Smith’s cruel prison overlords had prevented him from reading National Review, Buckley sent the poor soul a free subscription.

And thus began a lengthy correspondence.

Buckley became intractably convinced of Smith’s innocence. He penned a piece for Esquire (for my millennial readers, that’s a “magazine”) that should be required reading for all Avery fans. Buckley suggested that the dead girl’s bloodstains found on Smith’s pants had been planted by nefarious persons unknown. Smith’s “confession” was given under duress. Exculpatory evidence mysteriously vanished from police possession. There was not enough blood on the ground in relation to the victim’s wounds. The coroner’s stated time of death of the victim made it clear that (in Buckley’s words) “as a matter of fact [Smith] simply could not have killed the girl.” Buckley concluded that Smith was too “phlegmatic” to “so far lose control of himself, in the space of a minute or two, as to murder under such circumstances a fifteen-year-old girl he hardly knew.”

After tossing out the name of one of Smith’s friends as a more likely culprit, Buckley ridiculed the state’s case against Smith as “inherently implausible.”