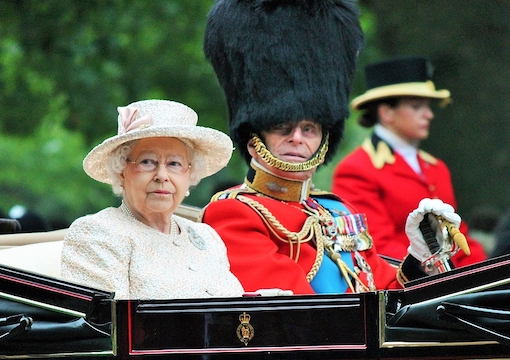 Privilege at birth displeases wannabe types, and the subject came up rather a lot last week, especially in the Land of the Depraved, where the Bagel Times regards monarchy as antidemocratic and the cause of most human ills, including the common cold, cancer, pimples, varicose veins, and even athlete’s foot. At my own alma mater, the University of Virginia, founded by the greatest of all Americans, Thomas Jefferson, some physically repellent creeps have demanded his name be taken off the beautiful neoclassical buildings he designed. The trouble is that Tom, as we called him in my college fraternity, was a bit antimonarchical himself, having sided with and advised certain colonists, starting with one named George Washington. No, the ugly ones have it in for old Tom because he was sleeping with Sally the slave and even had a couple of kids with her.

Shock, horror! Back in 1789 gents were not supposed to do that with slaves, but my excuse is that she was rather cute. What I’d like to know is what about the poor women who are, or eventually will have to endure, sleeping with those creeps who are anti-Tom, a much worse fate than Sally’s? Woke freaks are known to suffer from halitosis, tiny penises, and absolutely no regard for what women want. My suggestion is that American ladies all become lesbians and get it over with. But let’s get back to privilege, especially the white kind.

“Privilege is good and healthy, and has given the world most of the things we take for granted.”

White privilege is not part of a broader neurosis, nor is it symptomatic of a larger cultural ailment of the past. It is a recent invention by lefty academics who were conceived by chimps with a dose of the clap and who use multiple colonic irrigations in order to alleviate chronic constipation. According to the constipated ones, privilege today actually means discrimination and oppression, but the Greek equivalent of Dr. Johnson, Professor Taki, writes otherwise. According to the Hellenic sage, privilege derives when somebody somewhere somehow accomplishes something others cannot, and his descendants benefit from what he did. Always according to the sage, the ones most opposed to privilege are those who have never succeeded in doing anything constructive or beneficial to others in their lives, and in general pass down nothing but grief, debt, and very bad posture. The average person endeavors to better his or her life for their children—and of course for themselves—so who are these snide, preening blowhards at the Bagel Times to blame privilege for all of society’s ills? I won’t be caught dead socializing with such people, but I can tell you what they look like: funeral directors with piles.

And yet, the Savonarolas of today, The New York Times, The Washington Post, and the American media in general, have decided that monarchy, aristocracy, and inheritance are obsolete and should be replaced by a repellent underclass that prides itself in its ignorance, violence, and illiteracy. Among the first to fall into line with woke bulls— about privilege are actors and TV pundits, both here in the U.K. and in the old colonies. These trained seals say things like “Privileged people have more access to quality nutrition…” Duh!

Unburdening their sins of being privileged is the latest craze in the land of the mentally deformed, a place where everyone with a mobile telephone has turned into an Oprah Winfrey, which brings me, yes, to Harry and Meghan. In the by-now-famous walkabout with the prince and princess of Wales outside Windsor Castle, I thought the Montecito duo looked like a football couple, all dolled up for a court appearance in a libel case or one of domestic violence. His suits are tight and look tighter as he swaggers like a footballer. She, on her part, don’t look so good no more at 41, the spindly ankles, the waist that has disappeared, the no-longer-cherubic countenance. Any reasonable person in possession of their senses should realize that zebras tend to change their stripes during the time of mourning, but revert to type afterward.

Never mind. Harry has been for some time now a marionette, moved around and exploited by antiwhite, anti-Brit and pro-woke forces. Embittered nonentities and crawling parasites like the Nigerian-born Uju Anya and others have finally had their day with their depraved insults of the dead Queen. Just remember if anyone from The New York Times ever approaches you. The paper is one big lie, insufferably windy and dedicated to the overthrow of everything that normal and healthy people believe in. It is anti-Christian, anti-family, antiwhite, anti-police, anti–armed forces, anti–law and order, anti–man-and-woman marriage, and on the side of everything criminal, subversive, and perverse. Don’t read it, certainly never buy it, and urge your friends to do likewise. And do not ever facilitate any hack who has anything to do with the rag. Punto e basta, as they say in the land of pasta.

Unburdening the sins of their privilege in public, as some rich halfwit females are doing in the States in order to gain brownie points, is the latest outrage of the #MeToo era. They do it at length and in public and in breathless detail, but the skin-crawling and ridiculous apologies make unapologetic f— you types like myself look like superior human beings. Privilege is good and healthy, and has given the world most of the things we take for granted. So let’s all emulate our late Queen, who—unlike a couple of her descendants—never apologized for anything in her life.