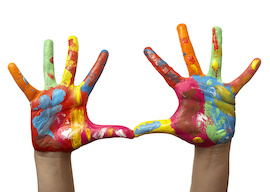 The headmistress of a school in Birmingham, England, decided that it was high time her pupils—or students, as I suppose we must now call them—learned a little tolerance. By the age of 4, it was surely essential that they should learn that not all children had a mummy and daddy, but that some had two of one and none of the other.

This teaching did not altogether please the parents of the children, 50 percent of whom were Muslim. Some of them started to demonstrate outside the school, among them those dressed in coal-black crow costumes. One of the local members of parliament supported the parents, to an extent. Surely, he said, this could all wait until the children were, say, 7? Thus he hoped to have it both ways and garner the votes both of the conservative Muslims and of the revolutionary libertines.

My objection, however, to the headmistress’ proposed lessons for the infants was that they did not go nearly far enough. After all, if your aim is nondiscriminatory inclusion, then all must be included without discrimination—or one is a hypocrite. It is therefore time that we had books introducing necrophilia to tots, the first line of which could be “Daddy likes dead bodies.” There could be quite an exciting story to it, which would surely engage the children’s sympathies. For example, because Daddy was not allowed to lie with dead bodies as he would have liked, he could be shown having to break into hospital morgues to do so. One day, Daddy is caught in the act and hauled off to the police station. When he appears in court, an intolerant, red-faced judge doesn’t listen and sends him to prison, where he is badly treated by the other prisoners. And all because Daddy wanted to do something that harms no one (a dead body not fulfilling the philosophical criteria for personhood, and any distress caused being the result of unfounded and ungrounded social prejudice)!

And what about sadomasochism? One cannot, or ought not, protect children from realities just because of their age. How about books with titles such as Bondage for Babies or Torture for Tots? “Mummy and Daddy like to tie each other up, and Daddy asks Mummy to whip him.” The great advantage of sadomasochism as an object of pedagogy is that it can easily involve practical work. “Now, children, take out your leather thongs and scourges!” This is much more exciting than the potato prints I remember having done as a child, when I wasn’t allowed even finger painting, let alone flagellation.

“One cannot, or ought not, protect children from realities just because of their age.”

Then, of course, there is autoerotic asphyxiation, a dangerous activity, and surely a proper subject for harm reduction? Practical instruction could come with a little booklet, Safe Strangling, and be taught with first aid. Since education, as we know, is not an event but a process that lasts for the whole of a lifetime, compulsory refresher courses could and should be arranged, rather like a fire drill.

The question arises as to whether common ground can be found between the headmistress of the school and the demonstrators outside. Being a man of compromise, I think that it can. As it happens, I was reading a book the other day by the Tunisian historian Hela Ouardi, with the title Les Derniers Jours de Muhammad (The Last Days of Muhammad). The book is a reconstruction of the last few months of Muhammad’s life, taken purely from early Muslim sources, both Sunni and Shiite.

In the chapter titled “The Death of Ibrahim, the Unexpected Son,” the author recounts how Muhammad had always wanted a son. It was a concubine, Mariya, to whom he was not married, who gave him one in the year 630.

According to the author, the accuracy of whose references I am not in a position to judge, Mariya was a Coptic slave given to Muhammad by the archbishop of Alexandria:

Mariya arrived in Medina in 629. From the time Mohammed saw this beautiful brown woman with skin of porcelain and curly hair, his heart was capsized; he has a strong passion for this Egyptian which aroused the fierce jealousy of his wives.

Without anywhere to have a moment’s intimacy with the new recruit to his harem, Mohammed took advantage of the absence of his wife, Hafsa, to occupy her room with his concubine.

I will omit some of the further details given, but suffice it to say that in 630 Ibrahim was born of this liaison, though not without certain difficulties during the pregnancy. When Mariya became pregnant, Muhammad’s wives spread the rumor that another slave who was a gift from Alexandria, Ma’bûr, was the real father of the child. Muhammad, consumed by jealousy, sent his son-in-law, Ali, to kill Ma’bûr, but the latter was able to demonstrate that he was a eunuch and therefore could not have been the father. Ali told Muhammad, who, somewhat reassured, thanked God for having spared him the shame of having been cuckolded. Still, Muhammad retained a little suspicion until the Angel Gabriel confirmed that he was indeed the father of the child Ibrahim—who did not live to be 2 years old.

There is surely something for everyone in this story. Muhammad clearly did not suffer from the commonplace prejudice that people were to express for more than a thousand years after him against children born out of wedlock, and was therefore a forerunner of our current enlightenment. Moreover, he also had no prejudice against persons of lowly status—for example, slaves. He was also opposed to promiscuity, insofar as he condemned Ma’bûr to death for having his illicit liaison with Mariya. True, he hadn’t had one, but that is beside the point: If he had had one, he would have deserved what Muhammad prescribed for him.

How many beautiful lessons this story would teach the little ones—for example, a love of justice—instead of the stories promoted by the headmistress and her ideological supporters in Birmingham! It is time to reform the school curriculum and ensure that children henceforth learn true morality.