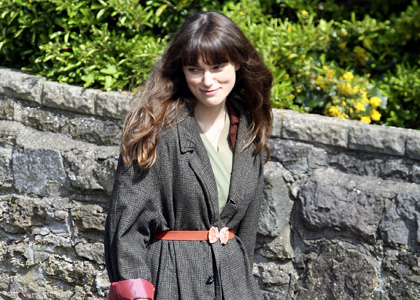 Although the movie industry is always accused of philistinism, filmmakers are often suckers for prestige novels. Richard Grenier, Commentary‘s renegade movie reviewer in the 1980s, pointed out a common type of bad classy movie: the credulous adaptation that inadvertently exposes a polished prose stylist’s underlying silliness. Projecting an author’s vision onto a 30-foot-high screen can expose his lack of realism. The most amusing recent example is Never Let Me Go, the dead-serious adaptation of Kazuo Ishiguro’s acclaimed 2005 novel. (It’s now out on DVD in the US and in theaters in the UK.)

Alex Garland’s screenplay is slavishly loyal to Ishiguro’s book. The attractive young cast is impeccable. Keira Knightley (famous for Pirates of the Caribbean but also Oscar-nominated for the 2005 remake of Pride & Prejudice), Carey Mulligan (a Best Actress nod for An Education), and Andrew Garfield (Mark Zuckerberg’s roommate Eduardo in The Social Network)play genteel students at an idyllic English countryside boarding school. The $15-million budget, sizable for a British film, allows Never Let Me Go a muted gloss worthy of Masterpiece Theatre.

Although born in Japan, Ishiguro was raised in England and is perhaps the most ostentatiously English of contemporary English novelists. He’s best known for The Remains of the Day, which was adapted by Merchant Ivory in 1993 with Sir Anthony Hopkins as the stiff-upper-lip butler. Never Let Me Go was the fourth of Ishiguro’s works to be shortlisted for the Booker Prize for best British novel.

“Sure, it’s all a metaphor for mortality or discrimination or meat-eating or something, but why must Ishiguro insult our intelligence?”

So why was the film a dud in the US, earning only $2.4 million last fall? A better question might be: Why didn”t book reviewers warn how ridiculous Ishiguro’s story would look if it were acted out?

The kind of people who choose to write reviews for a living are, ipso facto, not terribly realistic. Yet the taboo against revealing plot “spoilers” that emerged in the 1990s led to even lazier reviewing. Why explain what’s laughable about a story when your readers will get mad at you for ruining the surprise?

Thus, many critics simply noted that Ishiguro’s boarding school was not what it appears. Some dared to explain that Never Let Me Go is set in a dystopian alternative-reality England in which clones are raised to have their vital organs harvested for transplantation.