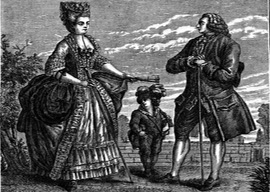 When the Germans smuggled arguably the world’s most evil man into Russia 100 years ago, they did not imagine the harm they were springing on the human race. Once Lenin had prevailed, he decided to forge a new consciousness, a New Man, as the Bolshies called it, one that would overcome “the antinomies of subjective and objective, body and spirit, family and party.” Leave it to a horror like Lenin to design a new human being (although a certain Austrian tried to emulate him less than twenty years later). Yakov Sverdlov was such a man, having ordered the murder of the Tsar and all his family, plus having the family’s dogs hanged.

We hear a lot about Nazis nowadays, but very little about horrors like Lenin and Sverdlov and their enablers. But if anyone copied Lenin’s methods of winning big through terror and murder, it was Hitler and Goebbels. And let’s forget about the fierce persecution of the aristocracy by the Bolsheviks, the destruction of an entire class, the chilling tales of looted palaces and the murder of millions, and stick to the creation of New Man.

“There is no free speech in American universities today, and the media and academia are complicit.”

What was required was transparency between the individual and the collective. The bourgeois family had to be erased from one’s consciousness, as were family attachments and things like domesticity, wives, children, lovers, and whatever else pre-Lenin humans used to indulge in. Lefty intellectuals concurred, many of them British like the Webbs and Bertrand Russell, a stain whom present academics defend to this day—more vigorously than ever, come to think of it. When Robert Conquest first published his litany of the great terror and its close to 100 million dead, he was ignored by that very same academy, and instead of being awarded a dukedom for his work, he was more or less ostracized by lefty professors and the so-called elite. Ditto Aleksandr Solzhenitsyn, who was booed during lectures at American universities for pointing out the vacuity of the consumer society.

That nice guy who succeeded Lenin once the latter croaked requisitioned grain from peasants, who starved in order to fund industry in the cities. Thirty million died from that alone. Still, true Bolsheviks remained loyal to the cause, fathers giving up daughters to the dreaded secret police, sons betraying mothers, and so on. Social engineering began with Bolshevism, and I must admit that it worked, at least where intellectuals are concerned. The Soviet project has successfully polluted the academy the world over, and continues to this day. Which brings me to what took place a couple of weeks ago at my old alma mater, the University of Virginia in Charlottesville.

The brawl was between extremists on both sides, the difference being that among 350 million Americans, I’d say there are probably one, two, perhaps three thousand so-called neo-Nazis, and about the same number of white supremacists. In fact not even that, because the two groups overlap. But let’s not go on the other side, the “antifa” who oppose them. Every student I’ve ever met in America is antifa in spirit, to put it in plain English. They do not allow conservative speakers to address conservative groups on their campuses, interrupt any meeting that does not adhere to political correctness, and have gone so far as to demand that white students leave the campus for three days in order to cleanse it from past white crimes and thoughts. I am talking about Ivy League universities, including Berkeley, where the free-speech concept began in 1964. In other words, there is no free speech in American universities today, and the media and academia are complicit. What gets me is the amorality of the media and of academia, the deception, dishonesty, and race baiting against whites that passes as liberalism.