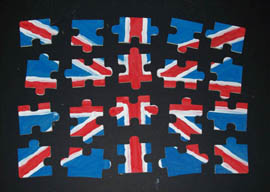 Nick Boles not only belongs to the new generation of British Conservative MPs, he’s arguably their epitome. Boles has long been an arch-modernizer”the nemesis of the “nasty party” that crashed to defeat four times between 1997 and 2010. Co-founder of the think-tank Policy Exchange, he was a Cameronian almost before David Cameron became known. He was one of the original “Notting Hill Set” who gradually made the party acceptable to the media by showing them”or letting them believe”that in their attitudes and values they were indistinguishable from the media themselves. As emollient as their soon-anointed figurehead, they convinced key reporters and columnists that in their small-“l” liberalism, their love of pop, fashion, football, and dance-offs, little distinguished them from the multicultural, metrosexual, macchiato-imbibing media majority. They had, it seemed, little in common with either the rural Tories who would later be mocked as the “Turnip Taliban””nor yet the bumptious ex-grammar-schoolboys and Jewish intellectuals Thatcher preferred. In short, Boles was one of the principal architects of last May’s election results, and depending on whom you ask, he deserves either some of the credit for Cameron’s victory or some of the blame for how narrow it was. Now is this rising star’s chance to shine if he can. Some of the policies advocated in Which Way’s Up? are in train, others will be put into effect, and others will never make it to the statute books”but they comprise a philosophy of sorts that will potentially keep Conservatives and Liberals conjoined for years (Boles’s central message urges an electoral pact for 2015).

This quickly but carefully written volume maps out the future in a way that can simultaneously reassure the Tory grassroots”where traduced “nasty” views are still common”while keeping the Liberals as sweet as such unfriendly allies can be. So we get a 1930s-reminiscent front cover and windy clichÃ©s about “Britain standing alone” in “39-“45 jumbled in among a different kind of windy clichÃ© about “inclusion” and “global poverty.” There are excruciating references to a “city upon a hill” and even “destiny,” asking the two parties to “lay down their swords.” It is a classic of a certain kind. But the merely politic is mixed in with some meaningful politics. There are apparently “five sturdy posts” holding up the big tent’s candy-striped canvas”personal freedom, greater opportunity, environmental protection, devolution of powers, and support for economic growth.

“It is a classic of a certain kind. But the merely politic is mixed in with some meaningful politics.”

The author advocates restarting growth through un-Thatcherite interventions at home and “aggressive tactics” internationally. Britain, he says candidly, “should not be overly fastidious about the methods we employ.” He envisages “significant and sustained pressure” on budget-surplus countries to increase consumption of British exports. He wants planning deregulation and emphasis on education, entertainment, financial services, and low-carbon energy.

He advocates farming out and slimming down government to save money and make local authorities more responsive. Parents, volunteer groups, charities, and companies should be helped to run schools, shops, post offices, and hospitals. New rights and responsibilities would be codified. He wants a National Citizen Service to bring together people of different backgrounds. He wants literal social mobility”with council tenants enabled (critics would say forced) to move to new houses and jobs. He wants renewable and nuclear energy.