No, America Does Not Owe the World Climate ‘Reparations’ 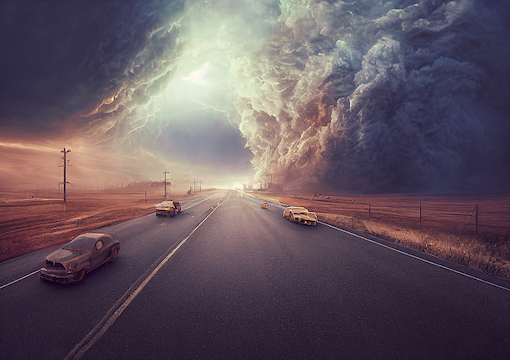 I’ve made the case in previous columns that the climate change movement is mostly a climate change hustle. Let’s be real. None of this is about changing the temperature of the Earth. Even the most naive environmental activist can’t really believe that building windmills and driving Teslas is going to cool the planet.

This is all about money. Hundreds and hundreds of billions of dollars of government handouts.

That was never more blatantly transparent than at this year’s sham COP 27 climate conference in Egypt, which was attended by more than 20,000 delegates and activists from more than 100 countries. The only agreement that the delegates could reach was a hollow “commitment” from the rich Western nations — by that they mean the United States — to give “reparation” money to the poor nations of the world.

“America should be getting reparation payments. Not the other way around.”

If you’ve never heard of this loony concept before, the theory is that America owes the rest of the world money for burning fossil fuels over the last hundred or so years.

Huh? These were the fossil fuels that provided America with the energy to save humanity from fascism and communism during World War I, World War II and the Cold War. These energy sources are what have powered the industrial age, bringing light, heat and air conditioning. And they have powered our infrastructure, factories, an abundant food supply and a technology revolution. Add to that our drugs and vaccines, which have saved many hundreds of millions of lives globally.

It was the fossil fuel energy revolution of the last century that supplied America with the wealth and financial resources to provide some half a trillion dollars of disaster and foreign aid to seemingly every area of the rest of the world. And now, President Joe Biden’s dunces are agreeing with foreigners that we owe them money?

America should be getting reparation payments. Not the other way around.

Oh, and did I mention that China and India skipped out on the conference this year? These are by far the two largest polluting nations, and they want no part of this global handshake “agreement.” This would be like celebrating that we have reached a peace agreement during World War II, except the bad news is that Germany and Japan aren’t on board.

The sliver of good news here is that Republicans are about to run the House of Representatives, and one of their first policy declarations will be to declare we are not sending a penny of climate foreign aid to other nations when we have mammoth problems here to solve at home.

It’s almost sinister that at a time when many third-world countries lack basic health care, adequate food production, clean water, affordable/reliable electric power and basic schooling for the young (especially girls), the European and American delegation is giving sermons on the dangers of climate change. With a fraction of the money the climate fanatics want to spend on green energy, the world could save millions of lives simply by ensuring the poor have access to clean drinking water and save millions of lives over the decades to come.

What all of this means is that the U.S. is under no moral or legal obligation to pay reparations to any nation. The U.S. is running a $1.2 trillion budget deficit, so there is no extra money in the bank vaults to spend right now on foreign aid. Perhaps when we’ve balanced the budget and we have surpluses.

That would be around the third Wednesday of never.