No One Here Gets Out Alive 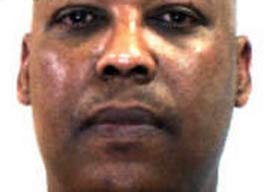 “No one here gets out alive!” the immigrant driver allegedly yelled to a bus full of 12- and 13-year-old schoolkids near Milan last Wednesday while barreling down a highway and plowing through a police roadblock.

He had taken a detour en route to a sporting event and, according to what detectives say he later told them, was headed to an airport so he could fly back to his homeland of Senegal. Although he also allegedly told authorities that he intended to hurt no one and was only using the children as human shields, he had taken the precaution of removing all the tiny hammers from the bus that were normally used to shatter windows and escape in case of an emergency.

According to witnesses, he had also instructed the three teacher’s assistants on the bus to surrender their phones and force all the children to do the same. Then he told the adults to bind the students’ hands with plastic ties.

One teacher’s assistant was able to contact police without the driver noticing. One student concealed his phone and pretended to pray in Arabic while he called his father and told him to contact police.

The driver plowed through a few cars but wound up getting stuck on a guardrail, whereupon he shouted, “I want to be done, deaths in the Mediterranean must be stopped!” before dousing the floors with gasoline, setting everything ablaze, and hopping off the bus.

Police smashed through the rear windows and evacuated the three assistants and all 51 students before anyone died, although 14 survivors were taken to the hospital for smoke inhalation. The driver, who suffered burns, was also hospitalized.

A 12-year-old schoolboy who survived the ordeal told reporters:

He said he had lost three children, that many children die at sea, so we should die too, by being burned. I was afraid I would die.

He was threatening us, saying if we moved he would have poured the gasoline and set a fire. He kept saying that people in Africa die and it is the fault of [Italy’s Deputy Prime Ministers Luigi] Di Maio and [Matteo] Salvini.

“Ousseynou Sy is the direct consequence of Italy’s migration policies.”

We were all very afraid because the driver had emptied the gas canister onto the floor [of the bus]. He tied us up and took all the telephones so we could not call the police. One of the telephones, belonging to a classmate, fell to the ground, so I pulled off the handcuffs, hurting myself a bit, and went and picked it up. We called the Carabinieri [Italian military police] and the police.

He blocked all the doors with chains. He showed me a knife and told me to tie up all the children….Fortunately, with some looks, I made some of the children in the back understand to keep their phones. And I turned mine on without being seen. We saw the first cars arrive ahead, on the sides and behind. He started to ram into them, and he hit an officer on foot. I heard a blast of glass from the back, and in two seconds there was a formidable team that in no time pulled everyone out.

A BBC article about the incident identified the suspect in their headline only as an “Italian driver” and noted only that he’d been convicted of “assault.” In contrast, Italy’s stubbornly anti-immigration Deputy Prime Minister Matteo Salvini called the suspect, 47-year-old Ousseynou Sy, “a Senegalese with Italian citizenship.”

Mr. Sy was born in Senegal and was granted Italian citizenship in 2004 after marrying an Italian woman. Then, to show his gratitude, he up and got himself convicted of drunk driving in 2007 and assault in 2010—but to be specific, it was a sexual assault against a female minor. Still, despite what he claims are murderous Italian policies toward African immigrants, this convicted drunk driver and pedophile was permitted to make a living as Italian schoolchildren’s vehicular chaperone.

Authorities say that Sy told them he “heard voices” of African migrant children who’d drowned en route to Europe in the Mediterranean, spurring him toward his flagrantly failed attempt at mass murder. The following is patched together from several news reports alleging what Sy told authorities:

I heard the voices of the children in the sea who were telling me ‘do something spectacular for us without hurting the children.’… I wanted to get to the runway at (Milan’s) Linate airport using the children as human shields and from there head to Africa by plane…It was my personal choice, I could no longer see children torn by sharks in the Mediterranean, pregnant women and men fleeing from Africa. I want to end it, the deaths in the Mediterranean must be stopped…it was something I had to do and would do again, 100 times. Why did I do it? To send a signal to Africa.

Sy also allegedly told police that he hated white people for “invading” and “colonizing” Africa. He also reportedly told them that shortly before his foiled rampage, he posted a video to YouTube telling friends in Italy and Senegal to take action. The words he said he used were, “Africa—arise.”

That’s all well and good, I suppose, but why does Africa always seem incapable of “arising” unless Africans party-crash Europe? When you compare Italy to Mr. Sy’s splendiferous African homeland of Senegal, one realizes that Italy’s per-capita yearly income is more than 23 times higher and the life expectancy is about 25 years longer. And yet they still see fit to come and bitch about allegedly rampant Italian racism, the ingrates.

According to the UN, last year nearly 2,300 Africans drowned to death in the Mediterranean en route to Europe. Last June, Di Maio and Salvini’s populist coalition came into power and effectively shut down the coming hordes of boat people. This year so far, there have been only 282 drowning deaths in the Mediterranean. If current trends continue throughout the year, African-migrant drowning deaths will have plummeted by 50% compared to last year—almost solely because of the immigration policies that allegedly sent Sy on his lunatic spree.

Although it may be unpleasant to hear, it bears repeating—Africans simply aren’t very good at math.

Muammar Gaddafi warned that this would happen. In a 2010 visit to Italy, he prophesied that if the EU didn’t shell out $5 billion yearly in extortion money to Libya, his country would cease acting as a buffer zone and that Europe would “turn black”:

We don’t know what will be the reaction of the white and Christian Europeans faced with this influx of starving and ignorant Africans….We don’t know if Europe will remain an advanced and united continent or if it will be destroyed, as happened with the barbarian invasions.

According to Sy’s lawyer, his client merely desired to “draw attention to the consequences of [Italy’s] migration policies.”

He succeeded. Ousseynou Sy is the direct consequence of Italy’s migration policies. Although he failed to kill anybody, it’s still unclear whether anyone will get out of this alive.