No Thanks, I’ll Skip the Asian Raccoon Feces in My $75 Espresso 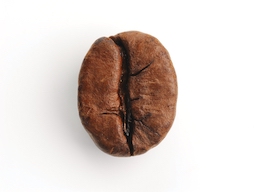 SYRACUSE, N.Y.—Over this past weekend there were exactly five places in Southern California where you could show up to exercise your Insane Hipster Street Cred.

You could walk into the upscale Klatch Coffee bistros in Redondo Beach, San Dimas, Ontario, Rancho Cucamonga, or, oddly enough, Los Angeles International Airport, and fork over 75 bucks for a single cup of coffee made from beans that were eaten by a foul-smelling forest critter and excreted as a partially chewed-up feces particle in his laboratory cage.

Perhaps I should repeat that.

In Los Angeles, the health and fitness capital of the world, the animal-rights capital of the world, and the vegan capital of the world, people laid four Andrew Jacksons on the table—because anything less than a $5 tip for the barista handling this precious liquid would be criminal—and received in return a ceramic demitasse—which is the word they use for “You call that a fucking cup?”—containing a dozen sips of a java concoction that sounds like it emerged from the mind of a mad scientist working in the same back alleys of Osaka where they sell whale meat and Persian-kitten appetizers.

Of course, it wasn’t just any coffee. It was a cup of Elida Geisha 803, recent record-setter at the “Best of Panama” Green Auction, which is the Cannes Film Festival of fancy coffee beans, where Klatch Coffee roastmaster Mike Perry sat on the jury. After awarding the top prize to Elida Geisha 803, Perry was able to nab 10 pounds of the 100 pounds available, with all the rest going to fetishists in China, Taiwan, and Japan, places where people are even more accustomed to ingesting deliriously absurd delicacies, including, in the case of China, civet meat.

The reason I mention civet meat—and, by the way, the Chinese appear to be the only people on earth who will eat a civet—is that the award-winning $75-per-cup Elida Geisha 803 is made from beans that are grown at impossibly high altitudes, using the soil of the Volcan Baru volcano in Panama, then sent to a Costa Rican lab so they can be pooped out of a civet.

Perhaps it’s been a while since you’ve been to the zoo, and so you’ve forgotten exactly what a civet is. A civet is a sort of incomplete feral cat or a wannabe raccoon. In Indonesia they’re pets. In southern China they’re used to cure scabies and as dinner. In Sri Lanka people routinely kill them because they sneak into attics and leave droppings everywhere. (Little do these people know that they should be sifting through the droppings, searching for coffee beans that can be sold to California millionaires.) The Asian palm civet, which is the particular civet we’re talking about when we talk about crapping out coffee flavor, also has anal scent glands that rival the skunk for their ability to make you feel like a Sing Sing prison guard who’s just been gassed.

“Remember the eternal question ‘Who ate the first oyster?’ This is a whole new level of that.”

In other words, the civet is one of those sneaky nocturnal bug-eyed furry things that slink around eating sap and berries and hiding out from predators, but many years ago some guys at the Gemadro Coffee Plantation in Ethiopia—yes, this article is now journeying to a fourth continent—some guys in Ethiopia apparently had some pet civets, since the civet doesn’t live there, and the civets got into a bag of Geisha beans—Geisha being the name of the city where those beans are grown—and they went, “What the hell, let’s not waste beans. We’ll just wait a couple hours and pick the beans out of the civet feces.”

Remember the eternal question “Who ate the first oyster?” This is a whole new level of that.

So fast-forward to a meeting of the Lamastus family, congregating at their Hacienda la Esmeralda, a mere 160 acres of volcanic turf near the Panamanian burg of Boquete. The Lamastuses break into the world of international coffee fame around 2004 when their Geisha varietal, which takes a loooooooooooong time to grow up there in the Central American clouds, starts winning awards at the Panama Green Auction. The Lamastuses have been growing coffee since 1918, but they decide to take it to a new dimension. They want the Ethiopian feces beans, but they don’t like the old way of gathering them, which is, wait till the wild civets get into the plantation and eat a few cherries off the Geisha plants. Because, in Central America, there are no civets.

No problema! We’ll install some battery cages in a lab—you know those cages they use for mass chicken production?—and we’ll feed our top-grade Geisha bean to the captive civets and voilà! You’ve got the best Geisha in the world, slow-grown in the mountains, plus that special something created when the enzymes of the civet enter the bean, alter its microstructural properties, break down its proteins, lessen the caffeine level, and shove it out onto the ground as a feces particle. Or, in this case, shove it out into a battery-cage receptacle full of partially digested Geisha product.

By the way, one thing that was missing from this display of Angeleno Macro-Hipster Foodie Frenzy was a squadron of PETA representatives standing in front of the Klatch Coffee bistros with signs reading “But Are the Civets Happy?”

Because, after all, isn’t it demeaning to a civet, who does all the work of enhancing the original Geisha flavor, when the coffee is then sold in five additional flavors? (Those flavors would be Jasmine, Bergamot, Sugar Cane, Stone Fruit Peach, and Stone Fruit Apricot.) They should at least have the decency to offer one called Original Feces.

But, of course, since we’re dealing with California standards of morality, all the civet-digested lattes are organic, single-source, and fair-trade-certified, meaning the money goes to all the right people.

Those people would be the Lamastus family and—oh yeah, forgot to mention him—Mohammed Hussein Ali Al-Amoudi, the Saudi billionaire who owns the Gemadro Coffee Plantation, from which all Geisha beans originate. This guy is (a) Ethiopia’s richest man, (b) the second-richest Saudi citizen in the world, and (c) the second-richest black person in the world.

But that’s important, because besides establishing your coolness credentials by ingesting the civet feces with your cappuccino, you’re supporting minority business and contributing to the economy of one of the poorest countries in Africa. I knew there was a noble reason for this. Long live the Lab Civet. May Elida Geisha 803 prosper and become ever more popular around the world. And may all you California people luxuriate in your own bowels and the bowels of the animal kingdom. Once again, you’ve made the planet a better place.