No Empathy for Men 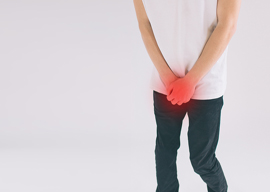 The editorial standards at The Atlantic, as I demonstrated a little while back in my essay for New English Review on contributing editor Ian Bogost, are certainly exceptional. On the first day of spring (I leave it to the psychics of Women Studies to divine the significance), Ibram X. Kendi gave us more evidence of the magazine’s commitment to misandry and black resentment. What’s the Difference between a Frat and a Gang?, Kendri asks. Why, is it that the former dates skinny bourgeois white women and the latter fat white trash? Ah no, says the writer, a kind of poetical Ta-Genius Coates, his essay reeking of mortality. There is little difference, for don’t you know that

Gangs are associated with black men, Kendi himself is a black man, and so he wants to make a false equivalence between gangs and fraternities, the latter being a white thing. Nor can Heather Mac Donald’s debunking of the campus rape myth, now a decade old, dispel his illusion, because such work, being grounded in empiricism, is irrelevant to such a resentment-piper.

Sociologist Mari Mycek has come to public attention in recent weeks for her 2015 doctoral thesis, “Meatless Meals and Masculinity: An Examination of Men’s Use of Rationality and Scientific Research to explain Their Plant-based Diets.” Equating rationality with masculinity—a sensible enough approach—Mycek claims that “men effectively engage in a feminized practice (eating only plants) but masculinize it, rather than feminize themselves and their consumption identities.” You will notice the crucial assumption here: Mycek’s belief that, for men, it is obviously bad to “feminize themselves.” And in the background of this, no doubt, there is Mycek’s own anxiety.

“Amid all the stilted feminist posturing there is no empathy for a male point of view.”

To support her “argument,” Mycek interviewed a number of men, whose rational reasons for being vegan or vegetarian she quotes. One is a fellow named Hector: “There’s this book that made a lot of sense to me. It was written by this guy who is actually a molecular biologist. What he says makes a lot of sense.”

According to Mycek, “[vegan/vegetarian] men justify their identities as not only reasonable and rational, but not emotional”—that is, not feminine. For Mycek, it is important to understand this practice, because “it bolsters the gender binary, maintaining the idea that men and women are distinctly different.” Moreover, “masculinity receives its prestige, privilege and power in the US at the expense of women and femininity.”

Camille Paglia—a distinctly masculine mind—has said that time and time again feminists serve only to confirm the truth of the old male prejudices about women. She is right, and Mycek is a representative example of this phenomenon. To begin with, it is not evident that there is something intrinsically feminine about “eating only plants.” Mycek just assumes that this is so, the purpose of the assumption being that it aids her sophistry. Nor is it established that a plant-based diet, if chosen for rational reasons, is better in some sense than it would be if chosen for emotional reasons. The belief may well be true, but who has ever made an argument in support of it? Nobody! Mycek is likely projecting her own neurosis. Deep down, she probably believes women are inferior, and hence her characteristically feminist desire that everyone believe the sexes are the same.

Mycek also makes a dubious distinction. She quotes the rational reasons of men who don’t eat meat, but then merely asserts that such reasons have no emotional significance. And yet any moral value, whether rational or not, has some emotional significance; otherwise it would not be a moral value at all, but rather a cold, meaningless abstraction. As William James wrote,

Our judgments concerning the worth of things, big or little, depend on the feelings the things arouse in us. Where we judge a thing to be precious in consequence of the idea we frame of it, this is only because the idea is itself associated already with a feeling. If we were radically feelingless, and if ideas were the only things our mind could entertain, we should lose all our likes and dislikes at a stroke, and be unable to point to any one situation or experience in life more valuable or significant than any other.

From biological functions to cognitive processes such as perception and judgment, there is a massive amount of evidence that men and women “are distinctly different.” Still, to these findings Mycek, like so many sociologists, seems indifferent.

The view that “masculinity receives its prestige, privilege and power in the US at the expense of women and femininity” is more fashionable nonsense. It is worth asking the question, to what purpose is most male labor? The answer, now as ever, is so that a man can support a family, that is to say, provide for women and children (or at any rate, with the former). Accordingly, women drive the world economy and control household spending.

They also get jobs and are admitted into elite universities because they are women.

Finally, long before there ever was a USA and a notion of whiteness, Eastern cultures, like the West, were equating women with the irrational, and Mycek’s unwittingly confused mind is a perfect example of why men may still reasonably do so. Mycek wants to make an ambitious argument, but she does not think coherently, and her work is interesting only in a psychological sense, betraying as it does her own neurotic character, anxieties, and insecurities.

This research has important implications. It was historically the function of the female moral/maternal genius to palliate the harsh effects of male authority and discipline in the family. And doubtless women’s greater “benevolence and universalism” also served valuable purposes for the whole of society, for which we should be grateful. The problem today, with our “greater gender equity,” is that following the sexual revolution and the loss of traditional religious mores, the female moral sensibility is no longer held in check, but has basically gone wild. No longer applied primarily at the local level (i.e., within the family and the community), it now serves (however unintentionally) to devour the state from within.