No Flowers for Charlie Sheen 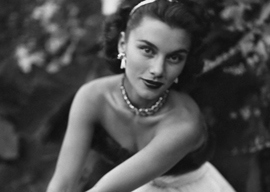 Gone are the days when I used to wear a tux to go see a Broadway show. These days I feel overdressed wearing a sport coat and necktie.

I used to go to Broadway a lot when I was young. My girlfriend at the time, Linda Christian, was an actress known for her romances more than her screen credits. She was once married to Tyrone Power. She loved the theater and more often than not was asked to visit the dressing rooms afterwards. Hence I met the great Helen Hayes and Richard Burton, who were appearing in Time Remembered. I met Linda’s ex when Ty Power starred in the one-man play John Brown’s Body. Power was a very attractive and nice man and received us in his dressing gown while taking off the makeup. I was twenty at the time and rather intimidated, but I ventured to tell him that we had met once before, “although the last thing I expect is for you to remember….” Having registered my name, he thought for a moment and then said, “but I do, you”re the little boy who gave me the flowers in Athens back in 1946.”

“Good old New York City, where are you now that I need you more than ever?”

He was right. Power had come to war-torn Athens to publicize The Razor’s Edge, the movie of Somerset Maugham’s wonderful book, and as my family and I were staying in the same resort hotel”and the only one still standing”the owners told me to hand him a great bouquet of flowers from a grateful nation. (My great-uncle was Prime Minister at the time, so I guess that helped.) We chatted in my broken English, and the great man remembered me ten years later and in very different circumstances.

Tyrone Power was of the old school and a gentleman. Richard Burton was less so, but miles above what passes as a star nowadays. Megastars today look like homeless people and act like juvenile delinquents. How would you like to offer flowers to, say, Charlie Sheen or someone of his ilk?