No Rules for the Ruling Class 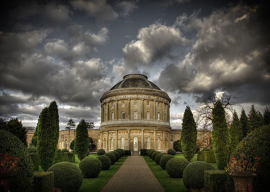 It seemed like such a kind offer. They were going to the same house party a hundred miles or so north of London. The girl—seventeen years old, blonde—didn’t own a car. He—a decade older, boisterous, full of charm, heir to a title—did. So they set off that summer’s day in the early seventies, he at the wheel and she at his side. They were far from London when he turned off the main road onto a small lane. The girl, unaware of the peepholes drilled through to his female lodgers’ bedrooms at his house in Chelsea, knew that their route involved no such detour but said nothing. They stopped. A lunge, the car door flung open, skittering heels hopelessly fighting for traction on tarmac, and his heavier, surer footsteps behind. When he had finished, he said: “You made me do it…sitting there…you’re too pretty…you made me.”

Researching a book about 20th-century “black sheep” aristocrats inevitably yields lurid details. The assailant appears in its pages but not as a primary character, since he eluded public disgrace. He did not invest his inheritance in essentials such as helicopters, heroin, and handcuffs—some of the recreational tools favored by John Hervey, AKA 7th Marquess of Bristol (1954-99). John’s precocious alcoholism led him in adolescence to hide bottles of crème de menthe in water-closet cisterns. Hervey’s family seat, Ickworth, was described by its creator’s wife as “a stupendous monument of folly” whose 200-yard frontage is pierced by a 104-foot-tall rotunda.

“Though the British aristocracy doesn’t have a monopoly on depravity or an innately greater propensity to addiction, it offers almost limitless evidence of dysfunction.”

John’s father, Victor, 6th Marquess of Bristol (1915-1985), arguably handled his liquor better, decaying gently in Monte Carlo where he initiated his days by proclaiming “God Save the Queen” and swigging vodka from the bottle. Victor had the edge in raw recidivism, being sentenced to three years’ penal servitude in 1939 and later successfully defrauding the Finnish Ministry of Defence.

Father and son are two among the many aristocrats who floundered and failed in the first democratic century. Mowbray Howard, 6th Earl of Effingham, fatally ran down a pedestrian, went bankrupt, and married a suspected KGB agent. The British Secret Service assessed him as “a weakling…fond of drink.” By the 1960s, such traits had commended him to the gangsters Reggie and Ronnie Kray, who retained him as their London gaming club’s director.

Sir Anthony de Hoghton, 13th baronet, established his reputation at Oxford by urinating in letterboxes, throwing soup in waiters’ faces, and composing poetry deemed blasphemous. (“God is in his garage, cranking up his Bentley.”) He perished in 1978, aged 58, having spent his declining years as a “fat and grizzled tramp.”

By the late 1990s, another viscount had retreated to a basement flat, a sewer of congealed food, unwashed crockery, greasy furniture, and airless rooms. Accompanied by an English male and a female New Yorker, he adhered to a limited but dedicated routine—smoking crack cocaine, and then more. A black butler was entrusted with facilitating re-supply.

Though the British aristocracy doesn’t have a monopoly on depravity or an innately greater propensity to addiction, it offers almost limitless evidence of dysfunction, whether manifested by alcoholism, drug abuse, wife-beating, or sexual delinquency. In his novel I Want it Now, Kingsley Amis partly decrypted why:

They’re worse, not because they’re worse by nature, but because of their opportunities for power without responsibility.…If you’re rich, you can afford to abandon reason, justice and good manners whenever you feel like it.