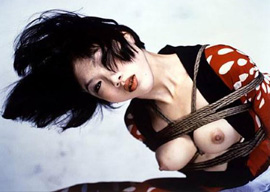 Last week was the 70th anniversary of the CafÃ© de Paris bombing during the London Blitz of 1940-41. By March of 1941 most Londoners had learned to take shelter underground when the air-raid sirens went off. Among the capital’s young moneyed swells and dÃ©butantes, however, was an element determined to defy the Luftwaffe and have their fun. These partiers headed for the CafÃ© de Paris in Piccadilly, believed to be relatively safe as it was in a basement twenty feet below a solid four-story building.

On Saturday evening, March 8, 1941, the men in were in tux, tails, or uniform, the girls in stylish dresses. At 9:40 two German bombs fell on the roof above. By ill luck they found a ventilation shaft, fell right down to the basement, and exploded on the dance floor. Thirty-four people were killed and eighty-two badly injured. The bandleader’s head was blown clean off.

The bombing came to mind as I was reading the comments on Tuesday’s most-emailed article from the London Daily Telegraph‘s blog. The article, by Ed West, was titled “Why is there no looting in Japan?” Checking as I write (Tuesday evening), comments on the article are up to 3,350. One of the themes running through the couple of hundred comments I scanned was to this effect: “We British used to be like that.” Commenter james1 expressed the sentiment at 11:06 GMT this evening:

Yes, it is admirible [sic], but we British had something similar until our national identity was totally destroyed and trampled all over by forced multiculturism.

“The big, rich, civilized populations of East Asia and the West have given up reproducing and may actually be giving up sex itself.”

It wasn’t that similar. It was generally known, though not reported in newspapers of the time for reasons of morale, that looters had infiltrated the CafÃ© de Paris rescue operation and stripped the upper-class corpses of jewelry and even body parts:

The worst of human nature was in evidence that night too”amid the rubble and the chaos, unscrupulous looters were seen cutting off the fingers of the dead to steal their rings.

Mass immigration and the multi-culti rackets have left the British with far less reason to like or trust each other than they had in 1941. But Japan’s ethnic homogeneity cannot fully explain their remarkably good behavior in this recent catastrophe.

The Japanese are world leaders in many sociological respects. Japan’s Total Fertility Rate (TFR, i.e., children per woman) is down to 1.21″ranked 220 out of the 224 nations listed in the CIA World Factbook“and its actual population has been declining since 2006. We are still some way behind that, but as Pat Buchanan noted the other day: “If demography is destiny, the sun is not only setting in the Land of the Rising Sun. The sun is setting in the West.”