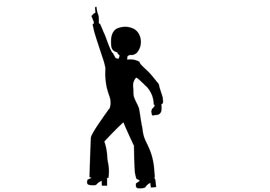 Thirty-nine years ago this week, New York Magazine printed a slice of wannabe-Wolfe reportage that spawned a star-making movie, one of the biggest-selling record albums ever, and numerous regrettable fashion and beauty trends”in short, an utterly unavoidable international pop culture phenomenon (and later, of course, an inevitable backlash).

All of it was based on a lie.

British writer Nik Cohn’s “Tribal Rites of the New Saturday Night” inspired the movie Saturday Night Fever. If you”re too young to involuntarily flinch while reading that sentence, I envy you.

Yes, there was a Bay Ridge banquet hall”cum”dance club called 2001 Odyssey where ginos and ginas shuffled about in polyester duds and platform shoes. But “Tony Manero,” the tale’s “hero,” didn”t exist beyond Cohn’s imagination.

Up against a deadline, he based Tony and his friends on the London mods of his youth. (Cohn’s use of mod slang like “faces” would have been a dead giveaway to any 14-year-old on either side of the Atlantic who owned a copy of Quadrophenia, but it obviously didn”t ping the bullshit detectors of the grown-up, worldly sophisticates who staffed New York Magazine.)

Decades later, aging, admiring New Yorkers would still ask Cohn “how many years of research it had taken to capture their experiences so acutely.” It’s like the Mafiosi who”d winkingly congratulate Mario Puzo on The Godfather‘s veracity, even though he”d invented most of the novel’s Cosa Nostra “traditions” (and “gaudy patter”) out of whole pin-striped cloth.

So maybe Italians are just particularly easy to fool.

Then how do you explain the Jews?

It’s only June, but I”m nominating this article for a “Best of 2015″ award I”ll probably have to invent myself.

The underrated veteran religion writer Ron Csillag had the nerve to write it, and The Canadian Jewish News had the unexpected maturity to print the thing. (Could it be that Canada’s “Official Jews” have finally celebrated their collective mental bar mitzvah and grown the hell up?)

Now, it’s an article of semi-secular faith among many Jews in Toronto (and, I imagine, other big cities) that when they (or their parents or grandparents) were growing up, they were exposed to signs that read “No Dogs or Jews Allowed.”

Except Csillag couldn”t find any physical evidence to prove such signs ever existed.

The Jewish archives and libraries in Toronto and Montreal do indeed possess photos of signs that read “Gentiles Only,” “No Jews Allowed,” and variations on that theme. Not surprisingly, the most hysterical example comes from a Quebec resort town, and warns Jews (in French) to “scram while the going is good.”

Csillag notes that numerous highly respected Canadian Jewish historians insist, to the point of irritation, that “No Dogs or Jews” signs were real, but they can”t provide sound references or examples.

The chair of Concordia University’s Institute for Canadian Jewish Studies admits that he couldn”t find any “visual evidence” of them either, but while they “may be an urban legend…it is one solidly based on evident and pervasive anti-Semitic attitudes in both English and French Canada in that era.”

This or that broad wasn”t really raped, but rape is real so her hyper-psycho bullshit must be valorized as “raising awareness.” (And hey, you”re 0 for 2, New York Magazine!)