None Dare Call it Replacement 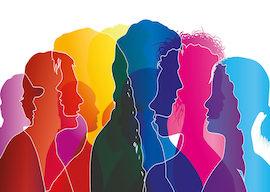 On Friday I appeared live on Red Ice TV’s YouTube channel and was informed that due to YouTube’s increasingly censorious policies, I must refrain from using the “R” word—“replacement”—when referring to the fact that only European-majority nations are being forced to dilute their ethnic majorities with nonwhite immigration. It’s been said a billion times, but no one in authority is calling for Africa to become less black or for China to become less Chinese.

I assumed that the ban on the “R” word was due to the Christchurch mosque shootings that killed 51 in New Zealand in March of this year. Posting, downloading, sharing, or owning the alleged shooter’s manifesto, called “The Great Replacement,” has been criminalized in New Zealand. Apparently, the powers that be would rather tell you what’s in it than have you read it yourself.

Disturbingly, one of the many topics we covered on Red Ice TV was the fact that the FBI recently declared for the first time that “conspiracy theories”—which is a term intended to gaslight anyone who dares to notice that those in power conspire to maintain their power, or else they don’t hold onto their power for long—constitute a domestic terrorism threat.

“In 1960, the total population of Texas was 9.5 million, of which fewer than a million were Hispanic. In 2017, there were 11.1 million Hispanics in Texas—more than the total number of people in Texas in 1960 and nearly 40% of the state’s overall current population.”

We also talked about the fact that the same serial gaslighters who call you a crazy conspiracy theorist for noticing that there appears to be an agenda to eliminate all white-majority countries also admit that it’s actually happening and exult in what they see as the agenda’s inevitable success.

On Saturday morning—only 18 or so hours after I was told I couldn’t use the “R” word on YouTube—a new manifesto titled “The Inconvenient Truth” was allegedly posted on 8chan shortly before a shooting rampage at a Walmart in El Paso, TX, that left 20 dead and dozens more injured.

The suspected shooter, Patrick Chrisius, turned 21 last week. It is thought that he traveled 650 miles from his hometown of Allen, TX—which is 61% non-Hispanic white—to the border town of El Paso, which is 83% Hispanic. Since the manifesto identified the gun that would be used in the shooting, it is fairly safe to assume that the alleged shooter also posted the screed.

In general, I support the Christchurch shooter and his manifesto. This attack is a response to the Hispanic invasion of Texas. They are the instigators, not me. I am simply defending my country from cultural and ethnic replacement brought on by an invasion….Actually the Hispanic community was not my target before I read The Great Replacement….The inconvenient truth is that our leaders, both Democrat AND Republican, have been failing us for decades….They intend to use open borders, free healthcare for illegals, citizenship and more to enact a political coup by importing and then legalizing millions of new voters….Hispanics will take control of the local and state government of my beloved Texas, changing policy to better suit their needs….I am against race mixing because it destroys genetic diversity and creates identity problems….The best solution to this for now would be to divide America into a confederacy of territories with at least 1 territory for each race.

Police took Chrisius into custody shortly after the massacre. They claim he told them his primary aim was to kill Mexicans, although only three of the 20 fatalities were Mexican citizens. El Paso’s police chief says the shooting “has a nexus to a hate crime.”

This Anglo man came here to kill Hispanics. I’m outraged and you should be too. This entire nation should be outraged. In this day and age, with all the serious issues we face, we are still confronted with people who will kill another for the sole reason of the color of their skin.

Drudge Report promptly posted a transcript of Chrisius’s alleged manifesto, but Twitter quickly gave users who tried linking to it a message claiming that “this link may be unsafe” and insinuating that their computer, rather than their minds, may be infected with a dangerous virus should they choose to proceed.

When you attempt to send the Drudge link to someone on Twitter via a private message, it refuses to allow you to do so and instead spits back this message, which is, ironically, automated:

This request looks like it might be automated. To protect our users from spam and other malicious activity, we can’t complete this action right now. Please try again later.

After trying again later, the same automated message appears. Apparently, the higher-ups at Twitter don’t want you to read the manifesto, which is where I’ll jump in to help. Apart from concerns about ethnic replacement, the rest of “The Inconvenient Truth” involves fears of automation, the inevitability of Universal Basic Income to stave off rioting among workers that automation has rendered obsolete, and threats to the environment posed by consumer culture and unchecked immigration.

When one attempts to search the term “white genocide” on Wikipedia, they are quickly directed to a page called “White Genocide Conspiracy Theory,” which immediately informs us that it is an anti-Semitic “myth” driven by “pseudoscience” and “hatred” that ultimately ends in “violence.” Hitler and Charlottesville are, of course, lumped in with this fundamentally violent cuckoo conspiracy theory, as is this passage from Madison Grant’s 1916 book The Passing of the Great Race, which Hitler allegedly told Grant was his “bible”:

Neither the black, nor the brown, nor the yellow, nor the red will conquer the white in battle. But if the valuable elements in the Nordic race mix with inferior strains or die out through race suicide, then the citadel of civilization will fall for mere lack of defenders.

Putting aside the hyperbole and the guns, here are the facts:

• In 1960, the total population of Texas was 9.5 million, of which fewer than a million were Hispanic.

• In 2017, there were 11.1 million Hispanics in Texas—more than the total number of people in Texas in 1960 and nearly 40% of the state’s overall current population. Given current birthrates, it won’t belong before they constitute the state’s ethnic majority.

Call me crazy, but that sure looks like replacement.