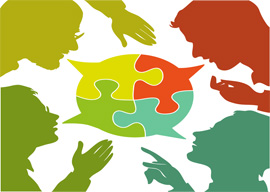 Almost twenty years ago, a young man called Faiz Siddique went up to Brasenose College, Oxford to read Modern History. When he came to sit his finals he was disappointed to get only a 2:1 degree rather than a first. It seems he has been brooding on this ever since, and believes his lack of a first has cost him a career as a handsomely paid corporate lawyer. He is a lawyer but seemingly not as richly remunerated as he would like to be. Consequently, the poor booby is trying to sue Oxford University”or perhaps Brasenose College, or maybe both”for his failure and, I assume, loss of earnings. Good luck to him with this nonsense; it should cost him quite a lot.

His claim, apparently, is that he would indeed have got the first he seems to believe was his due but for the “appallingly bad and boring” teaching he received. Now, it may be that some of the dons who taught him found him a boring student, though his 2:1 suggests that he wasn”t an appallingly bad one. Nevertheless his complaint, gripe, or whine leads me to think he understands very little about the reality of university education.

Of course, it’s pleasing to have good teachers”lecturers, tutors, supervisors”and I was lucky enough to have some such myself, at Cambridge rather than Oxford, and remain grateful to them. But it’s also the case that some lecturers were indeed monumentally boring, muttering away as they read from a text they had delivered unrevised for years. The solution was simple and agreeable: stop wasting time by attending these lectures. It’s also true that some of my friends had supervisors who were themselves bored and lazy. Too bad, but not something I can imagine them moaning about for years.

“Of course it’s natural to be disappointed if you miss your target, but the first person you should look at is yourself.”

The truth is, of course, that even at the best universities most people educate themselves, and if your subject is History, as Mr. Siddique’s and mine was, you do so by wide and serious reading. Oxford and Cambridge are well supplied with libraries. I had three at my disposal: the college one, where, on the happy understanding that tobacco promotes study, ashtrays were provided in the Reading Room; the library of the History faculty; and the university library, which I didn”t like and rarely went to. Education was also furthered in conversation and discussion with friends who were also reading History. Perhaps Mr. Siddique, hoping to be spoon-fed by his tutors and lecturers, didn”t spend enough time in the library?

I can”t imagine anyone of my generation thinking that failure to get the hoped-for degree grade was anyone’s fault but his own, and anyone who claimed it was would probably have got short shrift from his parents. But Mr. Siddique has perhaps been taught (though not, I assume, at Brasenose) that responsibility for your failure must rest with someone else. None of this 19th-century stuff about being the captain of your soul and master of your fate. On the contrary, whatever has gone wrong in your life must be someone else’s fault. Consequently you feed on resentment and self-pity.

I hesitate to call this a generational failing, because I am sure that there are countless people of Mr. Siddique’s age who take a more robust view of things and recognize that they themselves are often”perhaps usually”to blame when things go wrong and they suffer disappointment. Yet the tendency to blame others and seek redress for one’s inability to scale such heights as you might have aimed at seems a common feature of the world today. There is a culture of victimhood, and it is both pathetic and pernicious. This is particularly true in a case like this. Of course it’s natural to be disappointed if you miss your target, but the first person you should look at is yourself.

As it happens, I failed like Mr. Siddique to get a first and had to be content with a 2:1. One of my supervisors, John Elliott, who would become the outstanding historian of Imperial Spain, once said to me, “We must see what we can do to get you a first,” then added, “The trouble is I think you find it too easy to get a 2:1.” He was dead right. Having worked hard in my first year, less hard in my second, I was still more idle in my third, preferring drinking and playing poker, conversation and frivolity, to work. My tutor, Michael Vyvyan, tried to get me to mend my ways, telling me once that I wasn”t “a Russian grand duke and this isn”t 1860″”criticism I foolishly found rather flattering. So relying on such native wit as I had, I did just enough to get that 2:1, and was quite satisfied. And actually I did enough reading to learn quite a lot of history. I daresay my life might have been different and more successful if I had worked considerably harder and got that first, which John Elliott thought me capable of, as indeed I did myself. But that’s how it was: I preferred to play and enjoy myself. Silly, perhaps, but it has left me with happy memories.