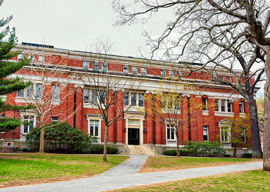 Affirmative action privileges for blacks and (to a lesser extent) Hispanics have been a near-universal feature of college admissions for what is now approaching a half century.

What have we learned since the late 1960s?

Perhaps the strangest result is that the biggest winners from racial quotas have turned out to be blacks who aren’t descended from victimized American slaves but are instead descended from the slave peddlers, or from whites, or, as in the case of Barack Obama, from both.

On the other hand, some of the early fears have proved to be overblown.

Neoconservative intellectuals in the 1970s, such as social scientist Nathan Glazer in his 1975 book Affirmative Discrimination, often suspected that racial quotas for blacks were in effect an anti-Semitic plot to roll back the huge gains Jewish students had made at elite colleges since the postwar lifting of the 1920s caps on the number of Jews admitted.

But it turned out that there were definite limits on how much affirmative action even the richest college could afford. In the 21st century, the bigger challenge to Jews in winning admissions has come not from affirmative-action-aided blacks, as the neocons feared, but from hardworking, high-scoring Asians.

By 1998, Glazer had recanted his opposition to affirmative action.

Why? The number of blacks capable of fitting in at a highbrow college had proved far more limited than had been expected during the civil rights era. As Glazer said in 1998:

Thirty years ago, with the passage of the great civil rights laws, one could have reasonably expected—as I did—that all would be set right by now.

It was widely assumed in the 1960s that the poor performance of blacks and Latinos must have been due to flaws biasing the admissions process. That blacks did worse on admissions tests was the fault of, say, culturally inappropriate vocabulary questions about the word “regatta.”

“The irony is that today a remarkable fraction of the black beneficiaries of affirmative action are not descended from American slaves.”

Sensitivity committees were hired to scour test questions for bias. Scoring was made easier on the SAT verbal test. Analogies were dumped. A writing test was added and then dropped.

And…nothing much happened. The gap between white and black test scores was slightly blunted, but persisted.

Similarly, it was hoped that race quotas would uncover numerous diamonds in the rough. But it turned out that students let in on racial quotas did about as badly as could be expected.

Harvard, the alpha dog of academia, performed numerous quantitative studies during the 1970s about how far it could push affirmative action, and discovered definite limits (summarized in Robert Klitgaard’s 1985 book Choosing Elites). In particular, black males from underclass backgrounds who had been admitted to Harvard had an alarming tendency to violently victimize their fellow students.

More hardheaded observers in the 1960s assumed that the race gaps were real but transient. Give blacks a generation under post–Jim Crow conditions and they would catch up.

A late example of that outdated optimism came in Sandra Day O’Connor’s controlling opinion in the Supreme Court’s 2003 Grutter v. Bollinger affirmative action case. O’Connor upheld racial privileges, but declared that they wouldn’t be needed in a quarter of a century:

In 2017, we are now over halfway to O’Connor’s 2028 end point, but nobody any longer believes that the world will be much different by then.

In fact, O’Connor’s decision concocted the perpetual-motion “diversity rationale” for racial privilege: You see, white students benefit from what quota kids bring to the classroom (such as racial resentment). Since nobody can actually measure the benefits of diversity except through faith, there is no end in sight for racial preferences.

But by 1998, it was clear to Glazer that if blacks had to win admission on their own merits, the top colleges would be only 1 or 2 percent black, instead of the 6 or 7 percent black seen with affirmative action.

Consider an SAT score of 700, which is common for students at strong private universities such as USC or NYU. On the SAT exam in 2016, for instance, I estimate that only about 645 blacks in the country scored 700 or higher on the math portion, compared with 40,000 whites and an incredible 43,000 Asians.

At the Harvard-Stanford level of a 750 SAT score, whites outnumber blacks about 72 to 1 on reading and 107 to 1 on math.

Blacks have remained at about 6 percent of elite college freshmen since 1980. Considering the huge increase in Asians and Hispanics due to immigration, that steady state is much better than whites have done over the same time period.

The irony, however, is that today a remarkable fraction of the black beneficiaries of affirmative action are not descended from American slaves. Although quotas are often conceived of as reparations for slavery in America, a huge proportion of the beneficiaries of being black track ancestry either to a white parent or to non-American blacks (often to the triumphant tribes who sold fellow blacks into slavery).

In a 1999 survey by Douglas Massey of Princeton, 41 percent of black Ivy League freshmen had at least one foreign-born parent. At all private colleges, 27 percent of black freshmen were of immigrant background.