Not Another War on Lebanon 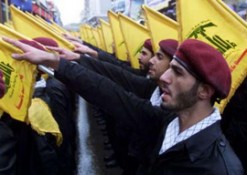 My old friend Norman Finkelstein has just written a foreword to a new edition of his first-rate book on the Gaza Strip, This Time We Went Too Far, in which he shares his fears of another Israeli war in Lebanon. Norman is usually right, but he is also usually a lonely prophet in the wilderness, ignored and scorned by kings and courtiers. This time, however, most of the people he disagrees with are on his side: former US Ambassador to Israel Dan Kurtzer at the Council on Foreign Relations, the International Crisis Group and much of the Israeli and Lebanese press. It’s worth reading Norman’s foreword, as well as the book, to understand what is happening. As someone who has watched Lebanon suffer too much since 1975, I hope he is wrong. His argument, at least in the first draft that I read, goes as follows:

The most likely initial target of an Israeli attack is Lebanon.  Of late Israel has been busily preparing the ground for it. Even Israel’s most vulgar apologists concede that should war break out, it is “more likely” that Israel will have initiated it. [Daniel C. Kurtzer , “A Third Lebanon War,” Council on Foreign Relations (July 2010)] The pretext is that Hezbollah has amassed a huge quantity of rockets and missiles targeting Israel. It is also clear that the Israeli assault will replicate the Gaza massacre [of December 2009] but on a much grander scale. An Israeli general proclaimed shortly after the Gaza massacre that the IDF will “continue to apply” the Dahiya doctrine of directing massive force against civilian infrastructure “in the future.” [Yaacov Katz, “The Dahiya Doctrine: Fighting dirty or a knock-out punch?” Jerusalem Post (28 January 2001)] On the same day as the [Turkish] flotilla bloodbath, DefenseNews was reporting that a prospective Israeli assault on Lebanon “would include attacks on national infrastructure, a total maritime blockade, and interdiction strikes on bridges, highways,” while “land forces would execute a ferocious land grab well beyond the Litani River.” The essence of Israeli strategic doctrine, the IDF deputy chief of staff elaborated, was that “each new round” of fighting “brings worse results than the last” to Israel’s enemies.

It also brings fairly damaging results to Israel itself. In 2006, although the Israeli Defense Forces killed about nine times as many Lebanese as the Lebanese did Israelis, about a million Israelis fled their homes to avoid being hit by Hizballah rockets. (It is historically interesting that those Israelis, some of whom live in houses that Palestinian Arabs lived in before they fled violence in 1948, went home when the fighting stopped. Israel has always argued that people, i.e., Palestinians, who left their houses in wartime have no right to return to them. Different principles for different folks.) That was what Dan Kurtzer called the “second Lebanon war,” in his Council on Foreign Relations treatise urging the Obama administration to forestall the third. But Lebanon has had many wars, perhaps too many to count. Even against Israel, there has either been one long war or at least five.

Menachem Begin sent the Israeli Defense Forces to occupy south Lebanon in March 1978. In 1982, the IDF went further north into Lebanon to expel the Palestine Liberation Organization from Beirut. That was its high water mark, and the water has, as water does, been flowing downhill ever since. In subsequent forays into the country, it lost again and again to the resistance movement that would not have existed but for Israel’s occupation of south Lebanon from the summer of 1982 on, Hizballah. The Israelis were better off for an enemy with the PLO, which has since been tamed and now does Israel’s bidding on the West Bank. Hizballah, for all the Levantine business acumen of some of its backers, is less pliable. It is also more serious. Its steady attacks on the Israeli occupiers from the time of its clandestine inception in late 1982 forced Israel to withdraw from Lebanon in 2000. Between the original invasion of 1978 and last summer’s disastrous incursion, Israel has launched several mini-invasions that failed to make a dent in Hizballah’s armor. Has everyone forgotten the “decisive” Operation Grapes of Wrath? When the Israelis attempted to deal the deathblow to Hizballah in the summer of 2006, the Shiite guerrillas handed them a humiliating defeat. Israeli soldiers in south Lebanon were so badly prepared for a serious battle that some of them ran out of drinking water. Israeli jets destroyed all of Lebanon’s bridges and much of its civilian infrastructure, but its troops on the ground were relieved to depart. So, what are the hawks in Israel urging the army to do? You guessed it, have another go.

Norman writes, “Tellingly, after each successive bungled operation, Israelis speak of “operational” errors, never conceptual ones, the tacit assumption being that if these errors are corrected, then next time around the goals still can and will be achieved.” The question is: what does the Israeli state intend to achieve? As I see it, its objectives are to maintain military superiority over all potential adversaries and, whenever an adversary threatens to become so much as an irritant, to destroy its power. This doctrine goes beyond mere preemption, which is itself of dubious legality. Preemption means attacking before you are attacked. Israel is going a step further and attacking before anyone can achieve the means so much as to consider an attack—even in retaliation. You could call it pre-preemption. Just as its soldiers employ submachine guns on Palestinian children who throw stones, its army unleashes the full force of F-16s on guerrillas who merely bear arms in a neighboring state, Lebanon, to defend their territory.

Norman Finkelstein and Dan Kurtzer, who stand at polar ends of the Mideast spectrum, agree that another Israeli invasion of Lebanon will be bad for Lebanon, bad for Israel and bad for the United States of America. Is that enough to convince Washington to stop it before it happens?