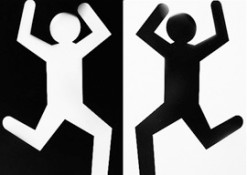 In July 1939 George Orwell published a review of Clarence Streit’s book Union Now, which proposed that the fifteen big, modernized, democratic nations—the U.S.A., France, Britain, etc—unite under a federal government. The combined strength of this union, Streit argued, and the attractive openness of its politics, would make it invulnerable, “even if the U.S.S.R. joined up with Germany.”

Orwell easily eviscerated this silly scheme. Streit, he pointed out, had not noticed that Britain and France, and even Belgium and Holland, ruled vast subject populations in their overseas empires, so that these empires “with their six hundred million disenfranchised human beings, would simply be receiving fresh police forces.” The title of the review was “Not Counting Niggers.” (To an Englishman of Orwell’s generation, the word “nigger” encompassed not only sub-Saharan Africans but also the colored peoples of West, South, and Southeast Asia.)

What a reversal there has been in less than one lifetime! The Great Uncounted of our time are not the colored peoples of the Tropics, but the whites of the Temperate Zone. Three recent news stories have brought this home to us.

First there is the ongoing tussle over the building of a mosque near the World Trade Center site in Manhattan. New York Mayor Michael Bloomberg has been the voice of the ruling class here, telling us that “A handful of people ought to be ashamed of themselves” (i.e. for opposing the mosque). Bloomberg’s principal reading matter, the New York Times, chimed in with the assertion that arguments opposing the mosque amount to nothing but “a rationalization of bigotry.”

The Times editorial did allow that: “Some of the families of the victims of the attacks, who deserve our respect and sympathy, are uneasy about the mosque.” However, it went on to instruct those families sternly not to “abandon the principles of freedom and tolerance.” The message is plain: All our sensitivity should be reserved for Muslims. None of it is due to relatives of 9/11 victims.

Second there was the August 3 massacre in Manchester, Connecticut. A black worker, Omar Thornton, was fired after video cameras caught him stealing from his workplace. He responded by shooting dead eight co-workers, all white.

“As Clarence Streit, to George Orwell’s scorn, sought to form a federal union that just ignored six hundred million colored coolies, so the elites of today’s U.S.A. seek to form a sort of mirror-image union of blacks, Hispanics, Muslims, and multiculturalist intellectuals that ignores the regrettable presence on U.S. territory of 150 million non-elite whites.”

Certainly not! Thornton, you see, had detected “racism,” at his place of work. Before our sensitivity can be rightly distributed, we must find the source of those allegations. Thornton’s workplace must be thoroughly swept by trained investigators equipped with prejudometers, the number of prejudons duly recorded and placed in the balance against any sympathy we may have for Thornton’s victims.

Third was the elevation of Elena Kagan to the U.S. Supreme Court, confirmed by the Senate on August 6. The Court now consists of three Jews and six Roman Catholics, one of the latter black and one a “Latina.” There has been much celebration of the “diversity” of this court, with only a few reactionary grouches like Pat Buchanan noticing what an odd kind of “diversity” it is that excludes half the nation—the half, furthermore, that is descended from the founding stock of our republic.

From these and numerous other snapshots of modern American life—the Fort Hood shooting, the colossal over-representation of minorities in federal hiring, and so on—it is clear that a fair thumbnail sketch of our national ideology would be “Not Counting Crackers.” As Clarence Streit, to George Orwell’s scorn, sought to form a federal union that just ignored six hundred million colored coolies, so the elites of today’s U.S.A. seek to form a sort of mirror-image union of blacks, Hispanics, Muslims, and multiculturalist intellectuals that ignores the regrettable presence on U.S. territory of 150 million non-elite whites.

The boundaries of crackerdom may be wider or narrower, depending on context. At their narrowest they are limited to rural and red-state small-town white Protestants—the irreducible core of crackerdom. At other times, as expedience requires, they are broadened to include “honorary cracker” groups—urban Catholics, East Asians, even Jews on occasion. The broadest definition of a cracker is simply negative: he is not black, Hispanic, or Muslim.

East Asians are a particularly interesting case. Like Jews, they have high average IQ and strong traditions of book-learning. Unlike Jews, however, they have no plausible claim to victimhood—nothing, at any rate, comparable to the Holocaust. East Asian racial activists have done their best with the Japanese internment camps and Chinese Exclusion laws, but nobody is much persuaded. We were at war with Japan, and internment was easily evaded; and if excluding people from settlement in your nation is a form of oppression, then the current population of practically everywhere is sore oppressed by the governments of China, Japan, Korea, Singapore, etc, etc—of all those nations that permit very little settlement by foreigners.

East Asians, their feeble claims to victimhood thus brushed aside, are therefore rapidly sinking to the permanent status of honorary cracker, as illustrated by the recent analysis of college admissions policies. The acronym “NAM,” for “non-Asian minority,” has seeped out from race-realist websites and can now be heard in general conversation.

A few months after “Not Counting Niggers” Orwell published a travel piece on Marrakech, a city which at that time was part of France’s North African territories. He records watching a column of Senegalese infantry on the road.

There is one thought which every white man . . . thinks when he sees a black army marching past. “How much longer can we go on kidding these people? How long before they turn their guns in the other direction?”

The answer turned out to be: “indefinitely.” To be sure, Senegal is now independent, but there was no dramatic liberation struggle. The French, like the British, just found imperialism too tiresome and expensive, and so gave it up. In the retreat of European colonialism, fierce armed liberation struggles were the exception. Once cowed, people mostly stay cowed.