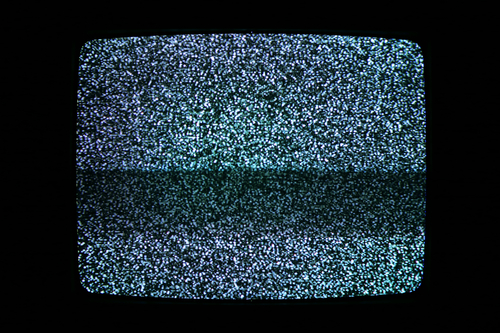 T.S. Eliot’s observation that “human kind cannot bear very much reality” is surely up among the half-dozen wisest things ever said about our common nature.

There is, of course, individual variation in how much reality we can bear. I flatter myself by believing I am up toward the high end. I readily admit, however, that I have spent not insignificant portions of my life in a state of self-delusion driven by wishful thinking”a hugely underestimated force in human affairs. Some humility is in order, and not just for me.

There is group variation, too. Speaking generally, and again with much individual variation, the old can bear more reality than the young; men more than women; people in up-against-it professions like medicine or law enforcement more than those in comparatively sheltered occupations; people educated in STEM subjects (science, technology, engineering, math) more than humanities majors; and so on.

I am now going to propose a half-baked theory to you.

“In advanced societies, the average amount of reality people can bear has declined across the past few decades.”

Theory: In advanced societies, the average amount of reality people can bear has declined across the past few decades.

There are surely connections there; but which is cause, which is effect, and which mere symptom, I don”t know. That’s why the theory is half-baked.

Illustrations: As we have seen these past few days, the whole zone of “identity” is shot through with barefaced, unblushing denial of reality.

All but a very tiny proportion of human beings are biologically male (an X and a Y chromosome in the genome) or female (two X chromosomes). A person who is biologically of one sex but believes himself to be of the other is in the grip of a delusion. That is what everybody would have said 50 years ago.

Some of those who said it would have followed up with an expression of disgust; some with unkind mockery; some with sympathy and suggestions for psychiatric counseling. Well-nigh nobody would have said: “Well, if he thinks he’s a gal, then he is a gal.” Yet that is the majority view nowadays. It is a flagrant denial of reality; but if you scoff at it, you place yourself out beyond the borders of acceptable opinion.

Here is a thought experiment. I am going to let you into a corridor”the kind you find in a school or a college. There are doors along the corridor to six classrooms, each seating 30 or 40 persons. Each door has a glass panel you can look through; each is marked with a number from 1 to 6.

I have arranged for room W to be filled with persons flown over from a tribal territory in Western Australia. Room K is filled with Koreans; room E with Estonians; room S with natives of Senegal; room Q with Quechua-speaking Indians from Paraguay; and room T with Tamil speakers from South Asia. All the occupants wear identical uniforms.

Before admitting you to the corridor I hand you a sheet of paper and a pencil. You must briskly walk the length of the corridor and back, looking into the rooms. On the paper you must write your guess as to which number room is W, which S, and so on. Upon leaving the corridor you will hand me the sheet appropriately marked up: It might be 1-K, 2-T, 3-W…

What is the chance you will correctly identify all groups by sight? The chance is, of course, 100 percent, unless you are irremediably stupid.