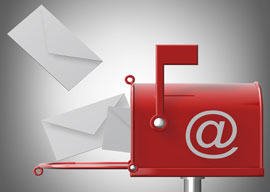 People who were charged with a crime in England used to be told by the police that they did not have to say anything, but that anything they did say might be taken down and used as evidence against them. I think we should all be given this warning whenever we use a mobile telephone.

Recently the courts asked me to examine a man charged with murder. Among the documents in the case the prosecution provided for me were transcripts of the accused man’s last few mobile telephone calls to the person who was soon to become his victim. The accused, of course, had no idea that his calls were being recorded. There was no doubt whatever that he had committed the act of which he was accused and that he was not altogether a nice chap; murderers seldom are, though I have known some nice murderers. Nevertheless, I found the transcripts disturbing. Everything these days is taken down and may be used in evidence against us.

Practically all our life in the public space is now recorded by a camera placed somewhere unbeknown to us. Video evidence of the accused person’s movements before his alleged crime is now routinely produced in court. There are millions of recordings of us. It is enough to make a sensitive person fear to leave his house and never to use his telephone.

“Most of us comfort ourselves that we have nothing to hide, though personally I doubt that anyone can be quite as dull as that.”

I remember the last days of CeauÈescu’s Romania. If you went to someone’s home, he immediately put a cushion over the telephone because he assumed that it was bugged by a microphone. In embassies diplomats would speak to you only in basements deep in the ground that they believed had been cleared of all electronic apparatuses. But surveillance under CeauÈescu was crude and sporadic by comparison with the surveillance that we all undergo nowadays in free countries.

Where our movements, our purchases, our conversations, and our financial transactions are universally traced, or at least traceable, we hope that the effect of the surveillance cancels itself out, that the signal is lost in the noise. We continue to live as before because we cannot do otherwise; even terrorists continue to use the phones so often that will entrap them. (I don”t understand why they don”t communicate by post.) Most of us comfort ourselves that we have nothing to hide, though personally I doubt that anyone can be quite as dull as that.

The advertisements that I receive over my email tend to simultaneously comfort, alarm, and amuse me. I use no spam filter because spam is often more interesting than bona fide personal communications (just as overheard conversations are often so much more interesting than the ones we have ourselves). I assume that, given the almost infinite number of possible advertisers, the advertisements I receive are not sent to me at random but as a result of some kind of electronic profiling. What comforts me about them is that such profiling has so completely mistaken my character; the advertisements are almost all for things in which I have absolutely no interest. Cyberspace has not succeeded in plucking out the heart of my mystery any more than Rosencrantz succeeded in plucking out the heart of Hamlet’s mystery.