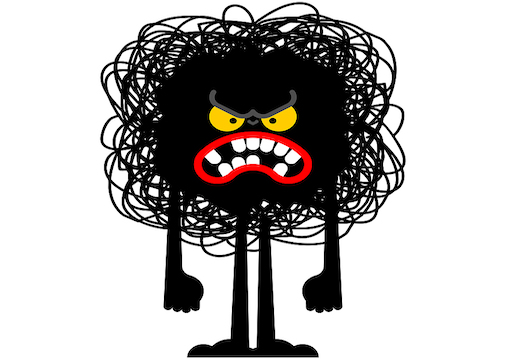 A British nurse called Miranda Hughes said in a television debate that people who voted Conservative didn’t deserve to be resuscitated in the National Health Service (NHS). There was an immediate outcry: How could any nurse say that people should not be resuscitated?

Is it pedantic to point out that she didn’t actually say that people should not be resuscitated, only that they didn’t deserve to be resuscitated? And, as Hamlet pointedly asked, “Use every man after his desert, and who should ’scape whipping?” What one deserves and what one receives are often very different, thank goodness, for it is the merest superstition to suppose that most people (including us) receive less than they deserve. Besides, what people deserve is not always easy to measure; the calculation is impossibly complex. But discussions in the present age are not generally very scrupulous about making proper distinctions, if they ever were.

I am not sure that the offending nurse in this case, Miranda Hughes, herself appreciated the distinction between desert and proper reward. At any rate, she soon admitted that what she had said was foolish and uttered in the heat of the moment, and of course she would resuscitate anybody who needed it irrespective of his or her political beliefs or personal qualities. Moreover, I believe her, contrary to some of the hate-filled messages that she soon received in response to her public outburst.

“I suppose that many a true word is said in anger.”

But feelings can be false also, in the sense that they are indulged in for their own sake because they are pleasurable and self-reinforcing. They then become insincere and are in bad faith. Hatred is one such emotion and is often grossly out of proportion to its supposed object.

Even when hatred is genuine and justified, it often slides into self-indulgence. When it has subsided, its embers are fanned by a deliberate resort to memory, for the sake of the pleasure that hatred gives. There is a tendency to suppose that if one hates, one must be right, and hence a good person. The same is true of anger.

Miranda Hughes said that her outburst was occasioned by her anger at the deterioration of the NHS, which she blames on the Conservative Party, hence her comment that those who voted for it did not deserve to be resuscitated. But how far are the objects of her ire not so much responsible, as a scapegoat? We most of us love scapegoats, for it is one of our fundamental psychological needs to have people to blame and to hate. Scapegoats help us to focus our attention and to reassure us that whatever happens is under someone’s control, for we prefer malevolent control to no control at all, which is mere chaos. Scapegoats reduce complex phenomena to comprehensibility, in addition to justifying the pleasure of hating.

Nearly two centuries ago, the essayist and would-have-been painter William Hazlitt wrote an essay on the pleasure of hating, which he knew very well from personal experience, being an excellent hater himself. The writer knew his subject intimately, and a few quotations show that human nature has not changed very much in the intervening period:

Without something to hate, we should lose the very spring of thought and action. Love turns, with a little indulgence, to indifference or disgust: hatred alone is immortal. Had they [the Pope, the Bourbons and the Inquisition] done us any harm of late? No; but we have always a quantity of superfluous bile upon the stomach, and we wanted an object to let it out upon. Pleasure asks a greater effort of the mind to support it than pain; and we turn after a little idle dalliance from what we love to what we hate!

I would, however, go even further: We come to love what we hate, and secretly hope that it survives forever.

We seem to have entered a golden age of hatred, even if all ages were also propitious to that great emotion. I am told that people of opposing political outlooks (and of course there are only two to choose from) cannot nowadays bear to be in the same room together. I say that I am told so, because I am not myself as small-minded as this, and have even recently gone to the cinema and had a very pleasant dinner afterward with an old communist, whose personal qualities and accomplishments I like and admire. A man is no more to be reduced to his opinions than is a country to be reduced to its military history, but we seem to have forgotten this and now take opinion as the sole measure of a man’s virtue and the sole reason for liking or disliking him.