NYT: Was He Innocent? Answer: No 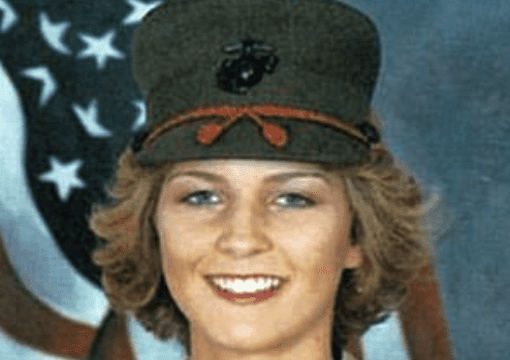 Here is this week’s installment of “The New York Times is ALWAYS lying about criminals (and probably everything else).”

The Times desperately wants you to believe that there are actual cases of innocent people being put to death in America. Their current poster boy for the cause is Sedley Alley, executed in 2006. But the Criminal Lobby is hoping a post-mortem DNA test — on evidence that has nothing to do with his guilt or innocence — will allow them to howl that an INNOCENT man was executed!

I knew nothing about this case, but I knew the Times’ description of the facts was a lie. How did I know?

1) No jury would have convicted a man, much less sentenced him to death, much less had that sentence repeatedly upheld, on such a flimsy record; and

2) There is no credible evidence that a single innocent person has been put to death in this country for at least 75 years.

Here are the facts the about the Criminal Lobby’s latest baby seal.

On the night of July 11, 1985, two Marines from a naval base in Millington, Tennessee, reported a possible kidnapping after they heard a female jogger screaming, “Don’t touch me!” “Leave me alone!” They ran in her direction, but just as they got close, a station wagon peeled off the side of the road. A gate guard also reported seeing a station wagon, which he said was being driven by a man constraining a woman.

All three witnesses described the car as a late-model green or brown Ford or Mercury station wagon with wood paneling, Kentucky tags and a loud muffler.

Alley, who owned a dark green 1972 Mercury station wagon with wood paneling and a Kentucky license plate, was brought in for questioning at 1 a.m. that night. The Marines who’d reported the kidnapping identified Alley’s vehicle as the one they’d seen, both by sight and by the roar of the muffler.

But Alley and his wife gave a satisfactory explanation for their whereabouts and were released.

At 6 a.m. on July 12, the body of 19-year-old Marine Lance Cpl. Suzanne Collins was found in a nearby park. Alley was arrested and promptly confessed to murdering her — claiming it was an “accident.”

In his lengthy, tape-recorded confession, Alley tried to soft-pedal his barbaric crime, claiming he’d hit Collins with his car by accident, and only decided to savagely beat her to death because, as he was driving her to the hospital, she threatened to turn him into the police.

“The Times desperately wants you to believe that there are actual cases of innocent people being put to death in America.”

Alley then took investigators to the precise spot where he’d murdered Collins and even showed them the tree where he’d broken off the branch that he’d jammed inside of her.

At trial, Alley admitted he did it, but pleaded insanity. The jury didn’t buy it, convicted him and sentenced him to death.

Here is what the Times’ Emily Bazelon tells that paper’s clueless readers about Alley’s case:

Times readers are led to believe that although witnesses said it was a BROWN station wagon, Tennessee yokels picked up a guy in a GREEN station wagon!

Except that’s not true. The BOLO alert (“be on the lookout”) put out by the Naval Investigation Service identified a “a brown or green Ford or Mercury station wagon with woodgrain on the sides.”

“When the investigators began interrogating him, Mr. Alley, who had been drinking, denied knowing anything about Lance Corporal Collins and asked for a lawyer. But 12 hours later, he signed a statement confessing to the murder.”

Times’ readers are supposed to think these backwoods Nazis interrogated Alley without a lawyer for 12 hours until he confessed!

In fact, the only reason he signed a statement “12 hours later” was that, after being questioned the night of the crime, he was sent home. Alley wasn’t arrested until after Collins’ body was discovered the next day, whereupon he quickly confessed.

“Mr. Alley’s admission, which he later said was false and coerced …”

Yes, “later” in the sense of “20 years later.” For two decades, Alley never denied he’d murdered Collins. He only recalled that his confession was “coerced” in 2004, when he was trying to delay the hangman’s noose.

“But the location he gave for the collision didn’t line up with the witness accounts.”

There were no “witness accounts” for “the collision” for the simple reason that there was no collision. “My car hit her by accident” was Alley’s attempt to mitigate his barbarous crime.

You know what else, Emily? His car wasn’t seen driving in the direction of the hospital, either!

Somehow, his lies not matching the facts is supposed to be a point in Alley’s favor.

Again: There was no collision.

I’m not sure what Bazelon’s point is about the screwdriver and the tree branch, but here’s the evidence presented at trial:

“The pathologist, Dr. James Bell, testified that the cause of death was multiple injuries, [many] of which could have been fatal. … He testified that the injuries to the skull could have been inflicted by the rounded end of defendant’s screwdriver that was found near the scene … He identified the tree branch that was inserted into the victim’s body. It measured 31 inches in length and had been inserted into the body more than once, to a depth of twenty inches …”

“Tire tracks found at the crime scene didn’t match Mr. Alley’s car, shoe prints didn’t match his shoes, and a third witness who saw a man with a station wagon, close to where Lance Corporal Collins was killed, described someone who was several inches shorter than Mr. Alley, with a different hair color.”

Times readers are perfectly prepared to believe that a jury of toothless hicks looked at evidence overwhelmingly clearing Alley and convicted him anyway.

But that didn’t happen, because having seen the evidence for themselves, Alley and his lawyer decided his best course was to admit he did it and plead insanity. All this alleged evidence is post-hoc nonsense invented by defense lawyers that has not been admitted under the rules of evidence, has not been subjected to cross-examination, and would not prove his innocence.

Seventy-five years and counting with no credible evidence that a single innocent person has been put to death in America.