NYT: Why are All These Racist Losers so Angry? 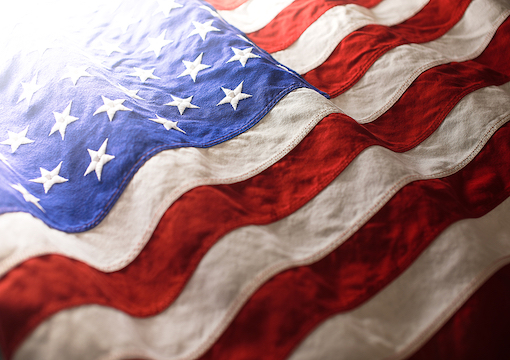 Today we’ll talk about how to write the classic New York Times column, using Thomas Edsall’s recent “Trumpism Without Borders” as our example. It must have taken him about 40 minutes to write it.

Edsall blames the populist movements sweeping the globe on the same ills that “led to a right-wing takeover of the federal government by Donald Trump.” To wit: “anti-immigrant fervor, political tribalism, racism, ethnic tension, authoritarianism and inequality.” Fascism awaits us unless we keep importing low-skilled immigrants and shipping jobs abroad!

For someone worried about the erosion of “democratic norms,” maybe Edsall shouldn’t be referring to the outcome of a free and fair U.S. presidential election as a “right-wing takeover of the federal government.” We had an election, pal.

But ever since the 2016 election, there’s been a frisson of viciousness to the elites’ usual contempt for ordinary Americans. Never mind that Trump ended up betraying his voters. The establishment is appalled that the issues he ran on were popular. Five years later, they still sputter in rage, unable to comprehend why Jeb or Hillary didn’t end up in the White House.

To explain this calamity, Edsall rolls out all the Timesian cliches about losers being upset about losing. He calls this the “ubiquity of loss,” as if we’re talking about a natural phenomenon, like beach erosion.

Trump voters, he says, are people who are angry about:

— their inability to achieve “a standard of living as high as that of their parents,”

— “the decline of the gender pay gap … and other types of loss relative to women,” and

— losing “employment and earnings to China and other countries.”

Edsall acts as if these things are immutable laws of physics. Actually, they result from the deliberate policy choices of our ruling class to benefit some Americans to the detriment of others.

“The elites screw over ordinary Americans, then to salve their consciences, they call the poor saps “racists.””

Specific policy decisions were made to import an endless stream of low-skilled workers. Employers got boatloads of cheap labor, while ordinary Americans saw their wages plummet.

Specific policy decisions were made to explicitly discriminate against white men in order to give jobs to women, simply because they were women.

I give you Kamala Harris (Biden’s one job requirement for his VP: must be a woman of color); every police chief in the nation (save a couple of black men); and Kara Hultgreen (who died when she crashed a $38 million F-14 after being continuously promoted despite repeated training failures, because the Navy wanted a female fighter pilot).

What crybabies! These guys resent losing jobs because of abject discrimination against them. Koo-koo! Koo-koo!

Specific policy decisions were made to gut our country’s manufacturing base. Globalist bankers got rich, and the working class got the shaft.

The destruction of American manufacturing wasn’t, as Edsall claims, a consequence of “trade.” (Who’s buying our stuff?) International agreements forcing Americans to compete with dollar-an-hour third worlders were a gift to Big Business and Wall Street. They get a larger share of a much smaller pie. Sure, our country overall will make $30, instead of $100. But the 1 percent will get $29 instead of $20!

We don’t need Thomas Edsall to psychoanalyze Trump voters in order to understand what happened in 2016. We were at DEFCON 1 as a nation. (And thanks to Trump’s betrayal, we still are.)

Faced with a choice between the toxic left and country club Republicans, when a complete psychotic came down the escalator, people thought, He might just mean it! (That was a miscalculation.)

The elites screw over ordinary Americans, then to salve their consciences, they call the poor saps “racists.” They get to maintain a system that benefits only them — and at the same time feel morally superior to the people whose lives they’ve ruined. It’s win-win all around!

Americans don’t care about “the gender pay gap,” climate change or international institutions. They deserve what’s coming to them!