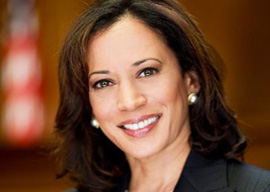 For the first time since Ronald Reagan flew via helicopter off into history in January 1989, I have felt enthusiastic about a US president. To my tremendous”and short-lived”surprise, Barack Hussein Obama evoked this outburst of presidential fervor. Since I despise the man and all he stands for, this was quite a shock. Nevertheless, his description of California State Attorney General Kamala Harris as “by far the best-looking attorney general in the country” was spot-on, although I can understand why Floridians claim that title for their own Pam Bondi. It may be the first simple statement of truth that we have heard from this administration. Fortunately for my peace of mind, he apologized”thus allowing me to sigh in relief and happily accuse him of cowardice.

“Is it too much to point out that men and women are different? That biologically, emotionally, and psychologically, they are very different?”

But the adverse reaction was astonishingly shrill. Over at Salon, Joan Walsh whined that the remark “turned [her] stomach.” Slate‘s feminist schoolmarm Amanda Marcotte declared that even “benevolent sexism” such as the president’s was a danger to the body public. At Jezebel, Katie J. M. Baker screeched, “Women put up with enough unsolicited attention as it is; the president of our country doesn’t need to legitimize the practice by piling on.” Patt Morrison, arguably the dullest columnist in the Los Angeles Times’ primarily tedious stable, declaimed, “how many times have women squirmed as they’ve had to listen to men make remarks like this, clumsy efforts at a compliment that wind up sounding embarrassing and even demeaning?” Reading this sort of stuff, one feels trapped in a sort of living First World Problem meme.

President Clinton avoided this issue by surrounding himself with the sort of women even he wouldn”t bed: Janet Reno, Madeleine Albright, and Donna Shalala. Then again, as we often hear, Washington is Hollywood for ugly people, so his opportunities were somewhat limited. Well-remembered are his remarks while gazing upon “Juanita,” a mummy on display at the National Geographic Museum: “You know, if I were a single man, I might ask that mummy out. That’s a good-looking mummy.” As America’s real Teflon president, not a feminist voice was raised against him.

This all underlines how stupid the ever-declining tone of American political discourse is today. Just when you think things are as dumb as they can get, they dropkick you down to the next level”further and further away from anything real. I think it is time to shed some reality on the topic. This will be unpopular, so be warned: Beautiful women are beautiful. They really are.